A Jewel of an Island 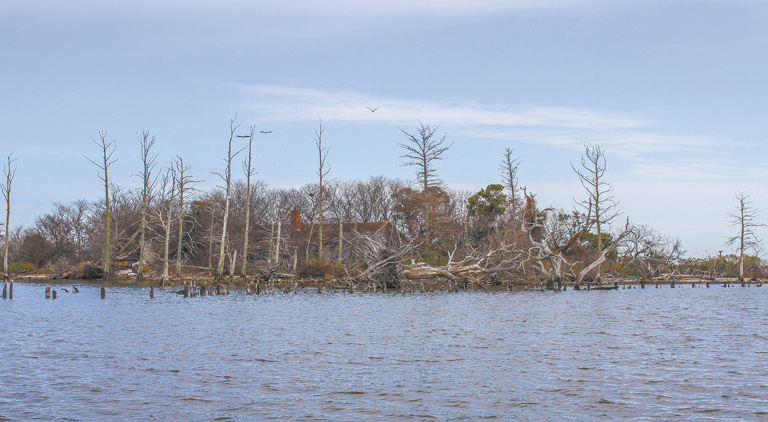 Monkey Island approaching from the west.

From there, the distance to Monkey Island is four miles, and the ride normally took about twenty minutes. We saw large rafts of coots, which are locally known as blue peters, in the middle of Currituck Sound feeding on milfoil. We also saw ducks and geese, which got the sportsman’s blood up.—Travis Morris in Duck Hunting on Currituck Sound.

Travis Morris is 81 years old, although if he didn’t tell you that, it would be hard to tell. He is a one man operation at his Currituck Realty office up there in Coinjock. The author of seven books on the history and life of Currituck County, he is, if there is such a thing, the embodiment of the 20th century of the county.

And, he was the last manager of the Monkey Island Club.

Named for the Pamunkey Indians, who used it as a hunting camp, the island is a jewel that sits in the middle of Currituck Sound. About three miles north of the Currituck Beach Light and a mile and a half from the Outer Banks, the remnants of a clubhouse, manager’s quarters and outbuildings are all that remain giving way inexorably to decay and time.

Even overgrown with rotting tree stumps and branches littering the ground and the steadily encroaching waters of the Currituck Sound, there is a beauty that is breathtaking. The island is no more than five or six feet above the surrounding waters, yet there is a gentle slope to the shoreline and the view is unobstructed in all directions.

Walking the island, memories of a different way of life seem to seep through the earth, for at its heyday, the Currituck hunting clubs were the playground of the richest and most powerful figures of 19th and early 20th century America.

Before the modern tourist era of the Outer Banks, the seasons were reversed and summer was the slow time of the year, when farmers would tend their fields and just about the time they got the harvest in, the first of the ducks and geese would arrive, followed closely by the rich and elite of Philadelphia, Baltimore, New York City or Washington, DC. 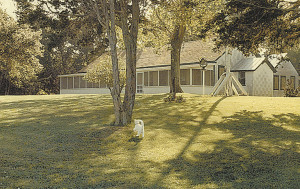 History of the Club

When the club closed its doors for the last time in 1978, a chapter in the history of the Outer Banks closed with it, for at one time the Monkey Island Club rivaled all the hunt clubs as a place of wealth and privilege.

It was never as ornate or opulent as the Whalehead Club, yet its membership represented some of the most wealthy and powerful figures of its day.

It first became a private hunting club in 1869 when Travis Morris’ great, great grandfather, Samuel McHorney, sold the property for $15 to Norfolk investors. Sometime soon after that, although no one is exactly sure when, a clubhouse was built. The remnants still remain, and the fireplace in the main room still looks—as if it was cleaned out and the flue cleared—it could warm the room on an Outer Banks night.

It changed hands a number of times–probably as an investment until a group of tobacco executives bought the property in 1919 and incorporated the island and surrounding land as the Monkey Island Hunting Club. The share price was $5000—around $67,000 in 2013 dollars.

These weren’t just any tobacco executives, though. They included George Hill, president of the American Tobacco Company, and in 1927 his executive vice president, Charles A. Penn—who is largely credited with developing the Lucky Strike brand of cigarettes—bought into the club. There were other investors as well—the Webb family from Norfolk—owners of Old Dominion Tobacco Company, now Atlantic Dominion Distributors, were also early members.

The club’s reputation for isolation, beauty and excellent hunting brought some remarkable personalities to the clubhouse. 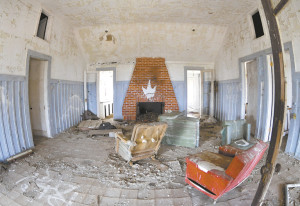 Original fireplace, dating from the 1870s.

The names aren’t well known now, but in his day, Irvin Cobb was a prolific author—something like 125 books. Mostly humor, he also was also an editor, and wrote a couple of screen plays. There was Bob Davis, a very well-respected editor, author and columnist for the New York Post, who wrote a column called “Over My Left Shoulder”. In fact, he and Cobb collaborated on a number of books, which is why they were probably on Monkey Island about the same time.

Then there was Roland Clark—perhaps the pre-eminent wildlife artist of the mid 20th century. According to legend, Clark didn’t hunt, but rather sat in the blinds with a pen and sketch pad.

Charles Penn bought out his partners in the club in 1930 and although he died later that year, the club remained in the Penn family until 1974 when the family sold the property to the Monkey Island Investment Venture Corporation for $3 million.

It was a short-lived venture. The nation was mired in recession in 1975; there simply were not enough hunters coming to Currituck to make a go of it and the Penn family was forced to buy the property back. Finally in 1978, the Penn family sold the property to the Nature Conservancy.

It was during this time that Travis Morris managed the club.

Through agreements and management, Morris was able to hunt from Penny’s Hill north of the Village of Corolla to Great Beach Pond on the Whalehead Property. “We had 40 some blinds,” Morris recalled. “Wasn’t like it was in the early years, but it was good.” 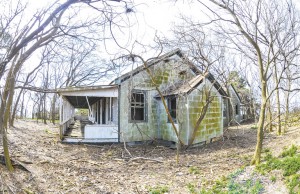 The clubhouse as it appears today.

After the doors closed

Although now abandoned, Currituck County had a chance to turn Monkey Island into a center for education in the 1990s.

In 1987 the county traded 54 acres of marshland for the rights to the island. The only stipulation USFW put on the transaction was that Monkey Island would be used for environmental education. A few educational trips to the island occurred in the first few years, but in 1990 the island was unsafe for use and considerable maintenance was required. Although grants to repair and upgrade the buildings and dock were offered, county officials, concerned that ongoing maintenance would be too expensive, refused the grants.

In 1998 Monkey Island reverted to USFW.

The island is shrinking—the bulkheads that protected the land from the waves of Currituck Sound no longer exist and the waters are slowly encroaching on the shoreline. It is not a pleasant or safe place to visit in the summer—cottonmouth snakes have the run of the grounds and there is nothing to control them.

Yet birds still flock to Monkey Island. The north end of the island has become a rookery, noted for the extraordinary diversity of birds. And in the raucous cry of all those birds is the tale of the Currituck Sound.

The books of Travis Morris:

Duck Hunting on Currituck Sound: Tales from a Native Gunner

Currituck Memories and Adventures: More Tales from a Native Gunner

Currituck As It Used to Be

Another Breed of Currituck Duck Hunters: Fresh Tales from a Native Gunner

Trucking as It Used to Be