The Gould House: A Home for the Ages 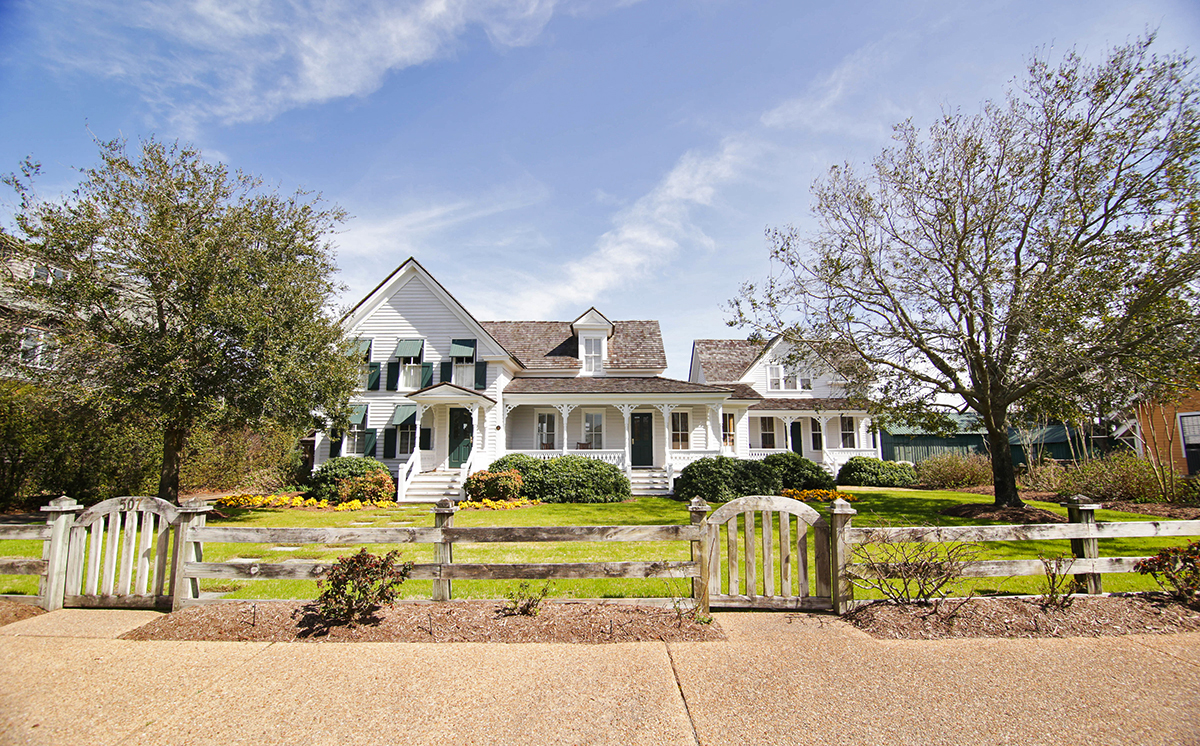 Today’s Manteo has a special kind of charm that draws visitors from all over, but the quaintness that makes it a favorite destination to so many is nothing new. In fact, Manteo’s first big boom period dates back more than a century ago.

The year was 1899, and Manteo had just been incorporated as Dare County’s first town. Manteo had been growing exponentially for at least a decade prior to that, which included the introduction of the town’s first inn, the Chaddie House, that later expanded and became the original Tranquil House in 1885 under the care of Asa Evans and his wife, Celia. A virtual institution in Manteo for at least 14 years, it seemed as though no one was quite prepared to entertain a competing business.

Enter Nathanial Gould of Chatham, Massachusetts. After visiting Manteo on a hunting trip, Gould met and fell in love with Eliza “Lizzie” Midgett, a local girl who grew up in Rodanthe. A forward thinker by nature, Gould began construction on the new Hotel Roanoke in May of 1899.

There was almost immediate resistance to this new venture – perhaps because of the fact that Gould was an educated northern transplant, or because he was recently divorced (a scandalous state of affairs at the time). Regardless, Gould moved forward with his plans, and construction of the Hotel Roanoke was complete eight months later in December. Two months afterwards, he and Lizzie were married in a ceremony at her parent’s house. 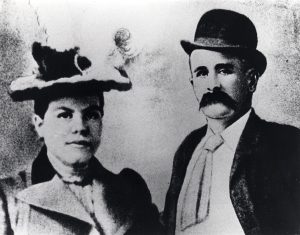 For whatever reason, the Goulds only ran Hotel Roanoke for approximately four months before handing the operation over to Dick Evans and his wife, Delia (Asa’s brother and sister-in-law). At some point along the way, Nathanial Gould began constructing a family home on North Water (now Croatan) Street overlooking the Croatan Sound. While there’s still some debate about whether the house was constructed in 1898, 1902 or 1903, the house was clearly intended to be an exact replica of Gould’s original Massachusetts home (which he had left in the care of his first wife), complete with all the Victorian details that marked it as a turn-of-the-century structure.

It’s unclear just how long, or during what exact periods of time, the Gould family (which grew to include three daughters: Phoebe, Adele and Natalie) lived in the house Nathanial built – because in 1917 the Goulds returned to the hotel business and relocated after purchasing the 27-room Tranquil House from none other than their former rivals, Asa and Celia Evans.

According to accounts from their youngest daughter, Natalie (who was born at the Tranquil House in 1918), Lizzie Gould deeply missed living in their beautiful soundside family home, which was located only a short distance from their new residence at the hotel. According to other sources, even when the family did use the North Water/Croatan house as their primary residence, they routinely moved into the smaller, detached southside section during the busy summer season so they could rent the main portion of the house to out-of-town visitors.

At some point over the years, the detached southside of the house was eventually given away and physically relocated across town for unknown reasons.

Fast-forward through time, and about 15 years ago a truncated version of the Gould House sat empty once again.

Though they weren’t yet aware of the Gould house – or its history – a small group that included Joe Bryan, Bill Massey and Carmen and Michael Hooker had joined The Lost Colony Board of Directors, and they regularly traveled from inland North Carolina (and elsewhere) to the Outer Banks so they could attend meetings. Together, they decided that they wanted to purchase a house by the sound, so they approached their mutual friend John Wilson (founder of the Outer Banks Conservationists) for advice.

John warned them that downtown, soundfront Manteo properties infrequently went up for sale, but they were prepared to wait. Well over a year later, John suggested the Gould house. While it wasn’t officially on the market at the time, he felt certain that it could be purchased…if they were willing to put some time and energy into it. 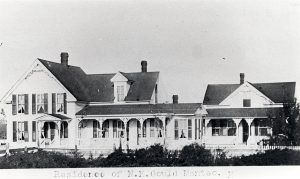 A historic picture of the Gould house. Image courtesy of the Outer Banks History Center.

“It was a great leap of faith for all of us,” says Bill Massey, who has since built his own private home just down the road, but still spends a large amount of time taking care of the old Gould house. “John found it for us because he could see the potential there. He valued its history, and being able to recognize that is a gift.”

When asked how long the renovations took, Bill laughs heartily before responding. “A long time,” he says. “Let’s just call it that. Along the way we learned what ‘island time’ is. That’s not a bad thing; it just means that you can have an idea of how long something might take, and then you should add on to that. Think about a hurricane, for example. Things aren’t always in your control here, and you have to be okay with that.”

With John Wilson as their architect, and Engelhard-native Calvin Gibbs as their builder, the group embarked on a nearly two-year-long restoration project of the Gould house. They raised the house to make it conform to new flood codes, constructed a soundside bulkhead, and moved the structure back about 25 feet from the road to make room for a front lawn. And while they strived to keep the front exterior historically accurate (down to retaining the original doors and windowpanes), they adapted a lot of the interior and backyard exterior to meet today’s needs in terms of aesthetics, comfort and accessibility.

Perhaps one of the most large-scale renovations they made, however, was to recreate the detached southside portion of the house. These days, one can look at historic pictures of the house’s front exterior alongside present-day images without missing a beat – which was the ultimate intention from day one.

“We wanted it to be part of historic Manteo,” Bill says. “And we’ve had a wonderful time with it. The house has provided us an opportunity to get to know the local community in a way that we might not have otherwise, because a lot of the people here value a respect for preserving the historic integrity of this area. No matter how you look at it, that’s not a small thing.”