In the Wink of an Eye 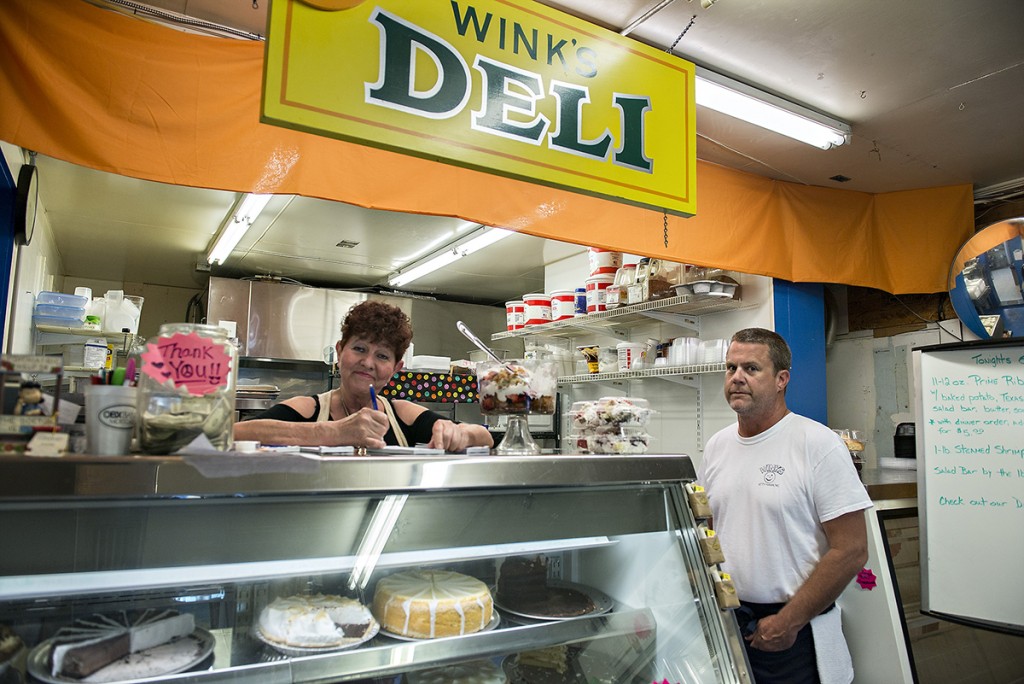 Owner Ann Greeson is ready to take your order at the Kitty Hawk Wink’s deli counter! All photos courtesy of Patti Harrell Photography.

There’s a shallow cardboard box behind the counter of Wink’s in Kitty Hawk that’s filled with old keys. Most are still attached to key chains marked with numbers or family surnames. One advertises a long-defunct Esso Service Station (with a surprisingly quaint four-digit phone number to contact), while another guarantees postage if the key is dropped in any mailbox. One simply says it belongs to “A Summer Place.”

The individual stories behind these keys might be lost, but Ann Greeson, who now co-owns Wink’s with her husband, Danny, keeps them because they’re a large part of the history behind this small, local grocery store. “People used to come in and sign for their house keys and whatever groceries they needed,” Ann explains as she points out a post in the middle of the store that’s studded with nails. “At the end of the week they’d settle their bill and hang their keys up here until next time.”

While those types of traditions have inevitably been replaced with more modern conveniences such as a credit card machine and an onsite ATM (not to mention keyless entry systems at many rental houses) the Greesons still run Wink’s in some ways that might seem like a throwback to 1953 – the year that Miles “Wink” Davis Sr. opened the doors of his first family business at milepost 2.5 on the beach road. 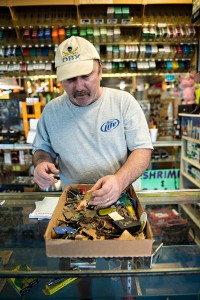 For starters, the Greesons still offer an array of basic grocery items – from chips, coffee and candy to bug spray and laundry detergent – and those who live or vacation within walking distance continue to swing by on a near-daily basis to pick up a newspaper, chat about the weather, or even drop off their mail (which Wink’s manager, Jan Magee, takes to the Kitty Hawk post office on her way home each evening).

That’s not to say that the fate of Wink’s was always so secure however. Over the years, Davis opened two other locations in Duck and Corolla, and when he finally retired he gave each of his three sons one of the businesses. The original Kitty Hawk location went to Miles Davis Jr., who ran the store until he also decided to retire in 2010. According to a local news report, more than 75 people gathered to say a sorrowful goodbye to a nearly six-decade-old landmark.

But that’s when the Greesons came in. Ann, who has been in the restaurant industry since she was 18 and has lived and worked on the Outer Banks for most of her life now, approached Davis Jr. about keeping the operation alive. After a brief hiatus for some necessary renovations, Wink’s reopened its doors under the Greesons’ care in 2011.

“We were on the same page with Miles about [Wink’s] future,” Ann says. “Now it’s still old school with a little new school thrown in.”

And the Greesons have taken this charge seriously from the very beginning. When Hurricane Sandy hit in 2012, they not only refused to close shop as the water rose at an alarming rate around them, they also donned hip waders and began distributing bread and eggs (and everything in between) out of the store’s side window.

“It was a little scary to be honest,” Ann says with a laugh. “There was about a foot of water in the store – with all that electricity – and we couldn’t even open the front doors. The plan 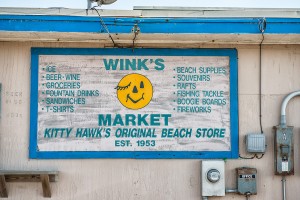 Wink’s iconic logo has been greeting customers for decades.

was that if things got too bad we’d flip the breakers and go out the window. Good thing it didn’t come to that.”

Storms aside – though it’s worth noting that Wink’s also survived the historic Ash Wednesday Storm of 1962 – the Greesons have ultimately kept the lights on by diversifying. While longtime patrons might feel as though they’re stepping back in time when they walk through the front door, others may be pleasantly surprised by that mix of old and new school that the Greesons are still striving for.

Those looking for more entertainment on a rainy day also love Wink’s new game room (which includes nostalgic go-tos such as air hockey, pinball, and – yes – crowd favorites such as Donkey Kong and Frogger). But ultimately, one of Wink’s biggest “newfangled” claims to fame among residents and visitors alike is its deli section that includes Ann’s daily homemade desserts and sides, plus a famed year-round Friday night prime rib special. Supplies are limited based on availability, and those in the know place their end-of-the-week orders by Wednesday at the latest. “I always come early on Fridays,” whispers a regular customer at the salad bar. “It’s the only way to beat the crowds.”

So while their iconic logo might remind you of an emoticon, don’t forget that the yellow smiling face that greets you at the Kitty Hawk Wink’s has been around much longer than our now ubiquitous means of social communication – by, oh, several decades. And on the Outer Banks, that kind of time can often seem to pass by in a wink. 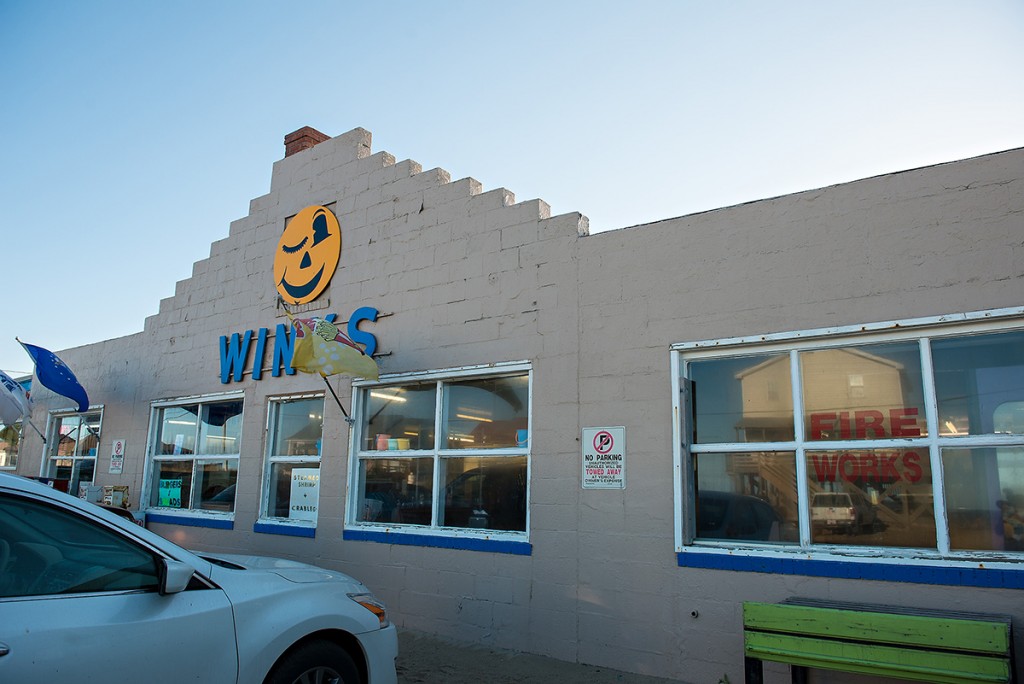 A beautiful day in front of the Kitty Hawk Wink’s, where they’re still blending old traditions with new innovations.