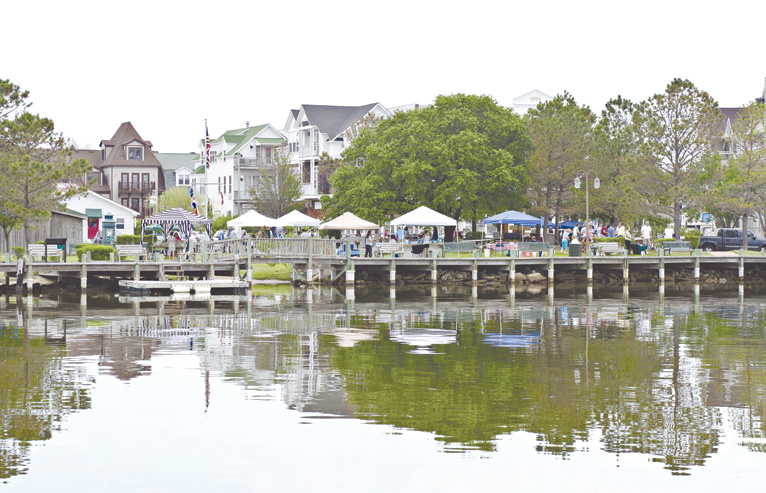 “It was a tough time, but it’s amazing how fast stuff got done,” says Manteo Mayor Jamie Daniels of the post-Hurricane Irene clean-up in Manteo.

“All my life, as a kid growing up, I heard: ‘Well the worst thing that could happen is it goes up the sound; we don’t want that to happen,’” Daniels recalls. And last August, Irene went right up the sound.

“It does flood downtown up to the curbs all the time after these storms,” Daniels says.

He and Town Manager Kermit Skinner had to kayak downtown, though, to survey the impact of the fastest-rising floodwaters Skinner had ever seen, which were 5-plus feet deep.

“It took 45 minutes until it reached the [final] height it got,” Daniels remembers. “It took about 12 hours before it started to go back down.”

Although Irene hit Manteo as a Category 1, comparable flooding hadn’t been seen since Hurricane Donna in 1960—surpassing effects of many Category 2 and 3 storms that only brushed the coast, Daniels says.

The storm’s timing was “the last nail in the coffin” for some businesses, Daniels notes. “After several bad years economically, (for Irene to come) at the end of summer was financially a big hardship. That hurt worse than rolling up your sleeves and ripping up the carpet.”

The former Manteo Booksellers was a hub of downtown for almost 30 years, and although plenty of people helped with cleanup efforts, it did not reopen.

“People from all over were coming to help the bookstore,” says Paul Charron, co-owner of Full Moon Café. “It was just too much [damage]. It’s great we have a new bookstore, but it was sad to lose Steve.”

Jamie Layton and Paige Gaddy saw “great opportunity” in the wake of such a community staple. They are now co-owners of Duck’s Cottage Downtown Books, in the old bookstore location.

“Considering the amount of water down here and how long it sat…I think (downtown businesses) bounced back really fast,” Layton says. “Some like this one had upgrades to make it better than it’s ever been.”

The Dare County Arts Council—housed in the old courthouse—had its grand reopening May 4 for First Friday and joins those ranks. Post-Irene cleanup gave them an opportunity for some renovations that had been on the “to do” list for a while, according to Dawn Church, DCAC president.

“We had only been in the old courthouse for about a year before the hurricane hit,” she says. “When we heard a storm was coming, we took all the artwork to the upper level.” Although no artwork was lost, the three feet of standing water in the building did destroy display cases, office equipment and desks.

As soon as the county, which owns the building, completed its work, “We were able to go in,” Church says. “Now we’re in a clean, painted, beautiful space.”

One of the renovations was replacing the fluorescent lights with LEDs. “If you know anything about art,” Church laughs. “Fluorescent lighting is not good.”

“I’ve never been more proud of the community, how many people came together and helped the shops get reopened,” Charron says. Irene’s effects have mostly been eradicated with tons of community teamwork. “You wouldn’t even know about it right now, except for everyone’s bank account,” Charron quips.

His restaurant, that had only two inches of standing water, was one of the least affected businesses in downtown Manteo. Still, his employees put in two 12-hour days mopping and cleaning for reopening. They then went outside and tackled the curbs, sweeping the streets along with crews from other businesses, he says.

“People who didn’t even live downtown were coming to help,” Charron recalls. “By the time of that First Friday [a week later], downtown looked sharp.”

On the outside, that is. Many businesses were devastated on the inside. Ortega’z had “Rally in the Alley” for the celebration. Since they had to move everything outside the restaurant anyway, they set up a cooker and did business outdoors, Charron says.

Across the street from Full Moon, the waterfront shops lost electricity for months, he remembers. My Secret Garden was “completely 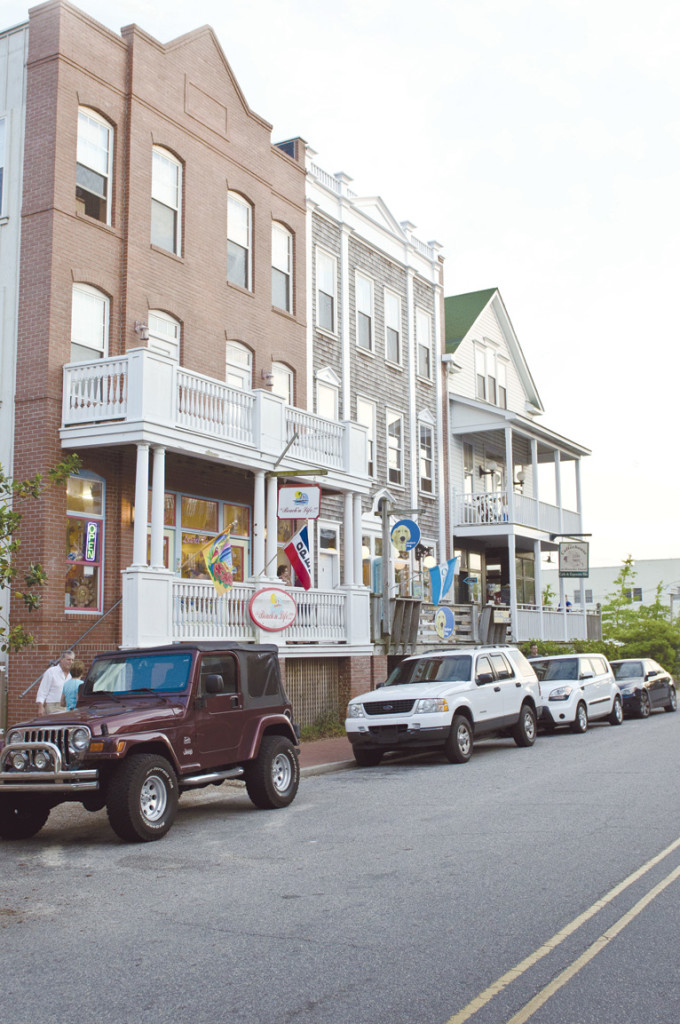 underwater” during the storm, and people helped the owner move everything onto the street for cleanup. Nancyware Pottery also was thoroughly flooded.

“We lost some businesses, but a lot of that has to do with their locations,” Charron says. “Some moved to different spots that are more visible locations.”

In Charron’s eyes, one of the cleanup superstars was Malcolm Fearing of Outer Banks Insurance.

“It’s truly amazing how much work that man did,” Charron says. “He brought in a dump truck, a backhoe and his crew and was phenomenal. He was helping everyone, working side-by-side with everyone, loading up trucks. He was lending his dump truck to anyone who wanted it, as long as they wanted it.”

Fearing says he was just one of many. “That’s what makes Dare County unique; we pull together when neighbors are hurting.” He also credits the Town of Manteo for allowing cleanup to begin promptly.

“At 4:30 on Sunday morning, my wife and I were downtown looking at the water damage,” he recalls. “Before the water was out of the street, we started mobilizing. The town allowed that.”

He adds that the town also allowed a debris site, since it was important to get soaked carpet and sheetrock out of buildings as quickly as possible.

“We own several buildings downtown,” he says. “It was important to get the people who rent from us back in business as soon as possible. We put it back better than it was. Manteo is in better shape now than ever.”

“In a place like this, the water comes in, the water goes out, you get to work,” Layton says. “Outer Bankers are pretty resilient.”

Because of the fatalities (none of which occurred locally) and extensive damage Irene caused, that name was retired from the Atlantic Basin rotation and was replaced by Irma, according to www.noaa.gov. Names are usually reused every six years.