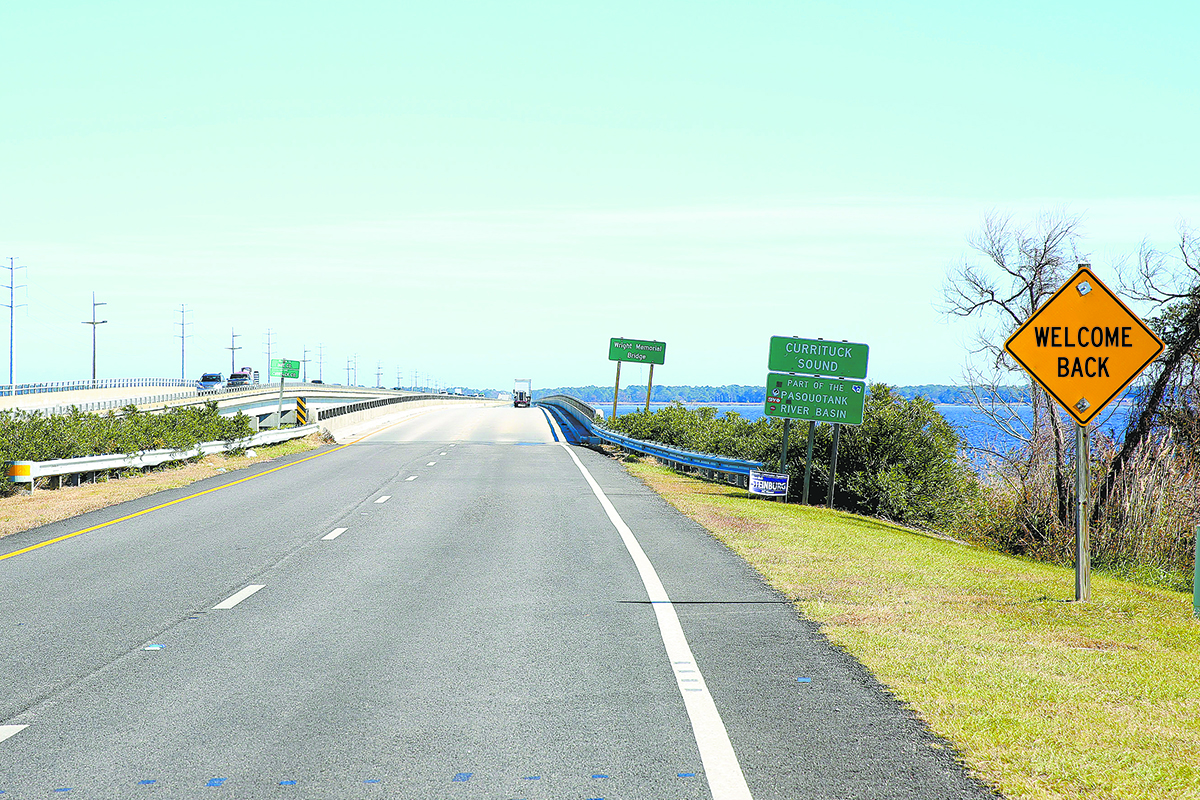 “If you love something, let it go.” We’ve all heard that one before. But how about this for a twist? If you love a place, move away.

Take it from me. If there’s an award for the amount of times someone’s left the Outer Banks — and eventually come back — I might be the record holder.

Like most of the people I grew up with, college was my first real draw off the island. Then there was graduate school and even more post-grad, interspersed with a few stints abroad, and a spell on the West Coast that lasted longer than anticipated. I came back to the beach from time to time in between — a summer here, a few years there — to see friends, replenish my bank account, and soak up the sun (not necessarily in that order).

Those are the basics anyway. It can be hard to talk about any major life changes without digging into a (seemingly endless) variety of factors that were invariably involved. At the risk of sounding clichéd however, I can say this: While I’ve always called the Outer Banks home, I often found myself craving the opportunity to see more, do more, go where nobody knew my name. (A nice reversal on the Cheers theme song.)

About three years ago I finally moved back to the beach on a more permanent basis. Funnily enough, it wasn’t long before I began running into a number of people I grew up with — and discovered that many of them had also moved at least once before returning. Like me, they all had their reasons (both big and small) for finding their way home via an admittedly more circuitous route. But while everyone has their own stories to tell, there are plenty of overlapping commonalities behind many people’s decisions to return to the Outer Banks.

Relocating to be closer to family and friends isn’t exactly unheard of no matter where you’re from, but this is a variable that clearly resonates with those who have come back to the beach after some time away.

“One reason: love,” says Ricki Stewart, a tenth-generation Wanchese native who recently bought a house in Southern Shores with her husband and two young children after being away for nearly 16 years. “I have deep roots here, and being back again makes me feel really connected. I want that sense of connection for myself and my own family, too.”

Close family and friends aren’t the only draws. Although the community spirit here can often seem familial (which is yet another appealing factor), people definitely feel as though they’re a part of something larger and more specifically unique by living in this area.

“I love that I can find so many people like me here,” says Ricki.

Amy Boutin, who’s in the process of moving back to the Outer Banks from Delaware with her family, agrees. “People look out for each other,” Amy says. “There’s a laidback atmosphere here, and I’ve never experienced a place where everyone’s values seem to align so closely with ours.”

Geography might seem like the most obvious reason for being drawn to the Outer Banks (think natural beauty in general), so it makes sense that it is perhaps the most overwhelming response people invariably give for making their way back here.

“We’re beach lovers,” says Amy. “We spend as much time there as possible, and I want to be able to smell the ocean when I go to sleep at night.”

“I think we’ve embraced the parts of the beach that we took for granted before moving,” says local Emily Urch about her newly re-found connection to the Outer Banks after returning in 2014 with her three children. “We spend nearly every weekend exploring places from Nags Head Woods to Pea Island and discovering eclectic shops. I like being back in my hometown…there’s a good energy that I’m happy to be a part of.”

“There’s a sense of privacy here,” adds a Kill Devil Hills resident who returned to this area last year with her high school sweetheart after several years of living temporarily in Norfolk. “Even though it may not feel like it in the summertime, there are still plenty of places you can go and have a moment to yourself outside — to be able to just walk out at night, breathe, and look at the stars.”

These highlighted reasons were part of my thought process at one point as well. But to be very honest, deciding to move back to the beach wasn’t easy — a refrain I repeatedly heard from many of the people I talked to. While there is much to love about this place, there are also plenty of difficulties. It can be hard to find fulfilling, year-round work, to make ends meet, or even to secure affordable housing. Those things can’t, and shouldn’t, be ignored.

And yet, that may be why it’s remarkable that so many of us have chosen — truly chosen — to make our way back home. We’re not here because we couldn’t, or didn’t want to, entertain a different type of life elsewhere, but rather because we did exactly that and yet still found ourselves drawn to the ocean, this land, and perhaps most importantly, to each other.

Ultimately, home can be found in so many things. It can be a place, to be sure. But it can also be the idea of a place, a way of thinking about and living in this world. And home can also be made up of people — in fact, in my humble opinion, it nearly almost always is.

And that might be the best way to describe the Outer Banks. It’s a physical location that’s so much more than the sum of its parts. It’s home in the way poet Oliver Wendell Holmes once described such a space: “Where we love is home — home that our feet may leave, but not our hearts.” No matter how many roads or detours we may take along the way, there will always be something deep inside ourselves that ties us here together in the end. And that makes this place the type of home we can always, even endlessly, return to.