Thank You, John Bone, for 29 Years 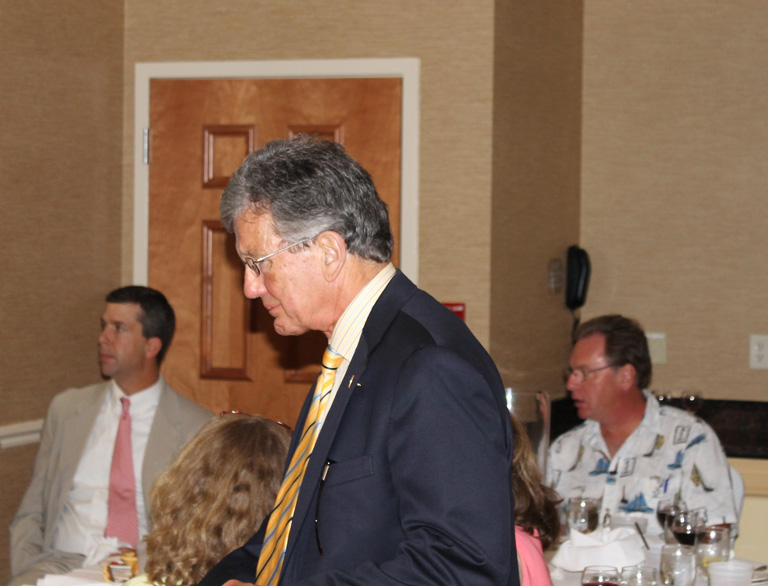 John Bone at his reitirement dinner.

There was a retirement dinner for John Bone at the Hilton Garden Inn last night (Friday). Actually it was more than a dinner—it was more of a giant “thank you” from a very grateful community.

After 29 plus years as the President of the Outer Banks Chamber of Commerce, it was well deserved. And maybe it was important to tell John how well-respected he is and how much his accomplishments have meant to us.

Of course, according to John, he really didn’t accomplish much. Someone remarked to me that John is one of the most self-effacing people he had ever met, and that seems to me to be as apt a description of John’s personality as anyone could find.

It was John Bone, as an example, who recognized in the 1990s that the Outer Banks needed high speed internet. Ask him why this strip of sand was one of the first vacation destinations in the United States to have high speed internet and he’ll wave it off and say, “Oh. I just got some people in the room and they figured it out.”

John figured out early on in his tenure that the only way the Outer Banks was going to reach its potential as a tourist destination was if the Visitor’s Bureau had an assured source of funding for marketing. Ask him how the 1% occupancy tax came about that funds the marketing of the Outer Banks and he’ll tell you, “Oh. I just got some people in the room and they figured it out.”

Pretty remarkable achievements for a guy who was the third (or perhaps last desperate) choice of the 1983 selection committee. According to numerous sources who were on the 1983 committee that awarded John with a contract, the first person chosen didn’t show up, the second backed out and John won by default.

For all of the achievements of his time at the Chamber, perhaps his greatest success has been his skill at making everyone who has worked with him feel included—feel, in fact, as though they are his friend.

What is most extraordinary is his ability to reach geographic and political lines. Senator Richard Burr (R) sent his personal representative to the dinner to thank John. Senator  Kay Hagan (D) wrote a personal letter of thanks. Richard Bunch from the Edenton-Chowan Chamber of Commerce came to personally thank John for his work.

And at the end of the evening, the standing ovation that John received was as much a tribute to his contributions as it was a thank you to a friend. 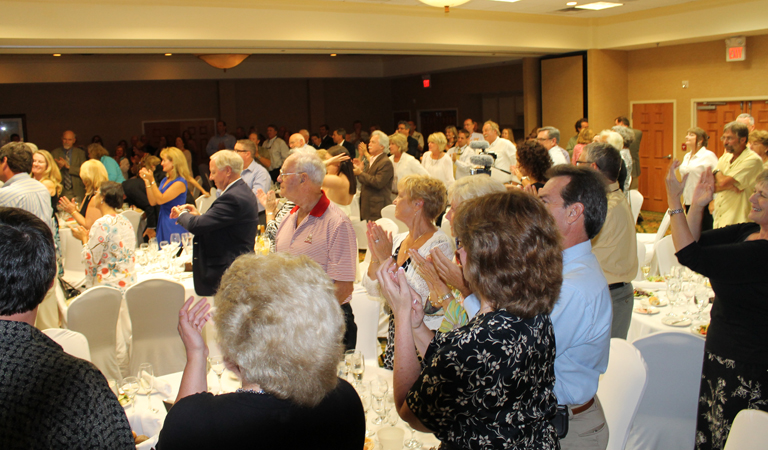