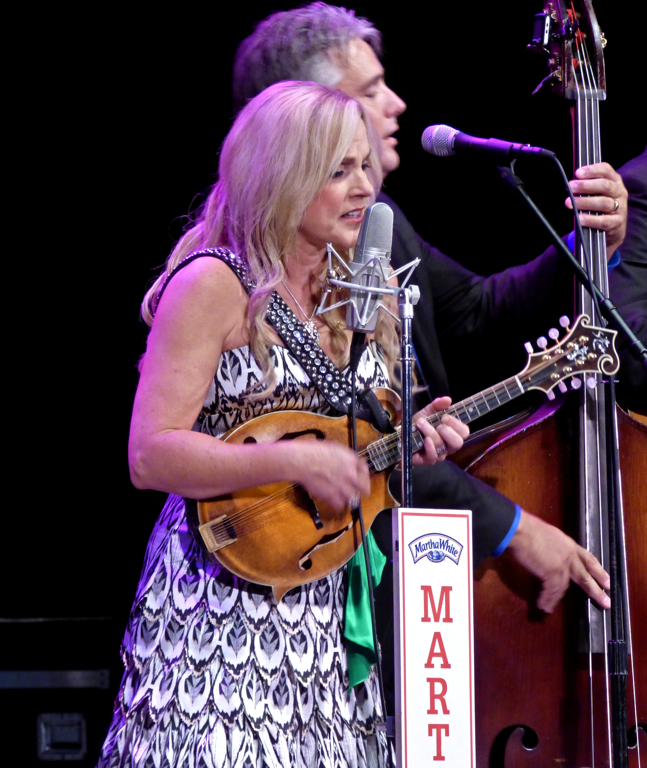 Great music is defined by the quality of the musicians and their willingness to explore what their music can do. By any standard what the Second Annual Outer Banks Bluegrass Festival brought this past weekend was great music.

It’s almost impossible to catch every group that plays with a lineup as extensive as the Festival brought to Roanoke Island Festival Park; Friday seemed to feature more traditional bluegrass groups, and the musicianship was excellent, but Saturday seemed to push the envelope  where bluegrass could be taken. For me Saturday was the more interesting day.

Two groups in particular stood out, and both were back for encore performances after last year’s performance.

Nu-Blu is not a household name in the world of music–bluegrass or otherwise, but the skill and talent they bring to the stage, is astonishing. Musically, they are not pure bluegrass, although it’s clear that is where their roots lie. What seems to differentiate them are their lyrics–which sometimes challenge some of the norms of bluegrass–and arrangements which often stray into country and occasionally go to the edge of jazz. 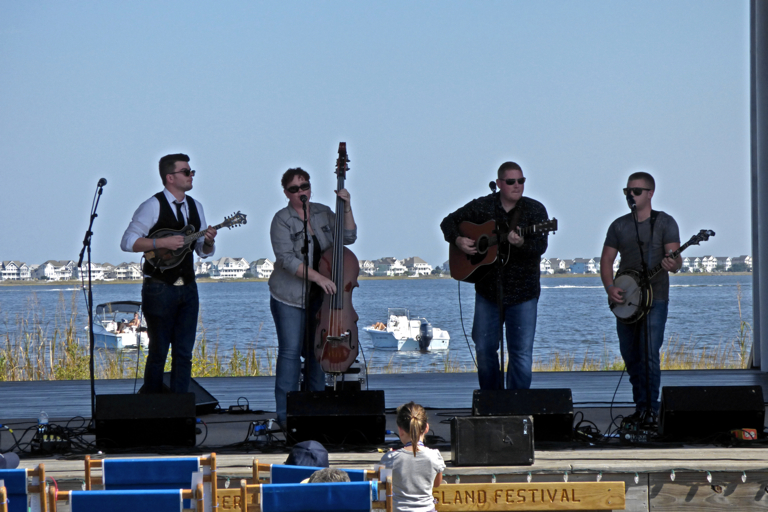 That is not what makes them stand out, though. Musically this is a group that seems to exist on a level above almost anyone else out there. Austin Koerner’s mandolin playing often takes what would be a good song or arrangement and elevates to something revelatory. His playing is clear and precise to an astonishing degree, creating a wonderful counterpoint to Carolyn Routh’s strong alto voice.

When Koerner and Levi Austin on banjo start playing off one another, even though they are playing individual notes, the effect is a fullness of sound that suggests chords.

Carolyn Routh, on bass, and her husband Daniel, on guitar, founded the group 10 years ago, and it seems they are finally getting some notoriety–which is long overdue.

If Nu-Blu is building their reputation, at the other end of the spectrum is Rhonda Vincent and the Rage, who were the headliners for the Festival.

Music can be transcendent and in the hands of skilled musicians at the top of their game, magic happens. And Rhonda Vincent and the Rage is magic.

It starts with Rhonda Vincent, who is the consummate professional entertainer, meaning she knows how to reach out and engage the audience in a way very few entertainers can. But that implies she’s not a great musician–which would be wrong. Vincent has a powerful voice and plays an amazing mandolin; but what makes an evening with her so perfect is The Rage.

Any time a group of musicians this skilled takes the stage the music becomes transformative.

Then there is Hunter Berry–fiddle player and Vincent’s son-in-law. I raved about him last year, and this year it’s more of the same. He and guitarist Josh Williams–who picked up the mandolin for one number–ripped into an amazing piece of music. If I had known how good it was going to be, I would have written the title down–but I didn’t so maybe someone somewhere will tell me.

What this piece of music consisted of was this incredible uptempo–well, up, uptempo–song that used just the two of them. At one point the arrangement had fiddle and mandolin playing playing the exact same note, perfectly matched, perfect intonation . . . flawless. This was music that two trumpet players would have been hard-pressed to match, yet here are two musicians playing two similar, yet very different sounding instruments in perfect synchrony. . . magic.

A great day, a great weekend and an evening to remember the joy music can bring.

Next year, the Outer Banks Bluegrass Festival will be headlined by Ricky Scaggs. Last weekend of the September. Make your plans as soon as you can.