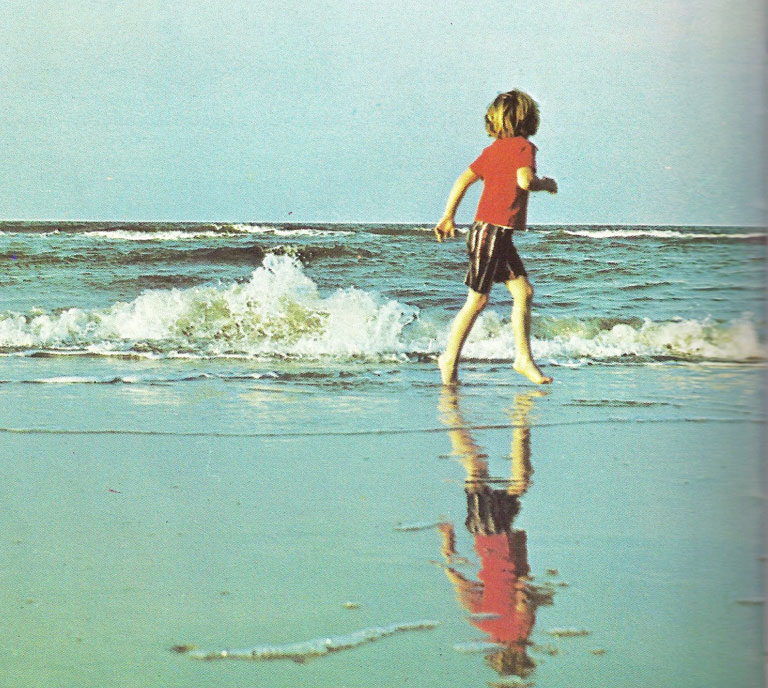 David Aycock Loy as a boy at the ocean.

David Aycock Loy left this life with just one request — to be remembered.

In fact, his family has remembered him every day. And now, some 25 years after his passing, his family has established a permanent charitable endowment to ensure that David’s name and story will continue to be remembered, for generations to come.

Working with the Outer Banks Community Foundation, Neil Loy and Gloria Perry of Kill Devil Hills have created the David Aycock Loy Memorial Fund, a field-of-interest grant-making fund that will award grants to nonprofits to support families with children with hemophilia, autism, or other developmental disabilities. The fund will make its first grants in 2014.

The son of Nancy Aycock and Neil Loy, David passed away in 1987 at the age of 18 from complications arising from hemophilia.

“He loved sports,” said his father, Neil. “He would have liked to have been much more physical and to have lived an active life.”

David was enterprising, working as a sales representative for sunglasses and wetsuits, and as a manager of a water sports business. When he wasn’t working, he could be found at the beach at Clark Street, where the beach access pavilion was later built by his brothers and dedicated to his memory.

He aspired to be a kicker for the Washington Redskins and loved throwing the football, even though he could not play on a team. Adventurous, David did not let his illness keep him from boogie boarding or riding his moped. Ever the charmer, David convinced his grandmother — who was in her 80s — to ride on it with him; she loved telling the story.

But due to the hemophilia, David had less than 1 percent clotting ability compared to healthy individuals.

According to the National Institutes of Health, about 1 in 5,000 males nationally is born with hemophilia each year. The disease is a recessive disorder linked to the X chromosome; thus, it occurs almost exclusively in males. Females can suffer the disease, but because they have two X chromosomes, the incidence is extremely rare because both chromosomes would have to carry the disorder.

“Once David realized that he wasn’t going to be active, he finally figured out he would have to use his brain instead of his body,” said David’s stepmother, Gloria.

He attended Kitty Hawk Elementary School and then Manteo High School, where he received his diploma. “He knew he needed a good education, and he was a good student,” said Gloria.

“When he became so ill and knew he was terminal, and when the doctors gave him just a year to live — though he lived longer than that — his only fear was that when he died, he would be forgotten,” said Neil.

When David died in 1987, the couple began planning for a memorial fund so that his name would live on and so that his life might benefit others.

“We don’t have unlimited income, so we planned for years to include a bequest in our will to set up the fund,” said Gloria.

“But then we decided we wanted to do something before we passed,” said Neil. “We had some money that we could use to set up a small fund now. And we asked our children that in the future, instead of buying us gifts, they contribute what they would have spent into the fund, even if it is just twenty-five dollars.”

The fund is now a reality and is one of the newest funds at the Outer Banks Community Foundation. Beginning in 2014, grants from the David Aycock Loy Memorial Fund will be available to nonprofit organizations that support families with children with hemophilia, autism, or other developmental disabilities.

The couple’s interest in autism was sparked by a grandchild who is autistic. According to the Center for Disease Control, 1 in 80 children in the US is diagnosed with some form or severity of autism. North Carolina has one of the highest rates in the nation, with a diagnosis rate of 1 in 70.

By starting the fund at the Outer Banks Community Foundation in his name, the Loys have ensured that David Aycock Loy will be remembered by both current and future generations.

In addition to the gift they made this year to establish the fund, a portion of the Loys’ estate also will go to the fund when they pass away. With that planned gift, the Loys have joined the ranks of the David Stick Legacy Society, a group of donors who have selected the Community Foundation for a planned or deferred gift.

The Outer Banks Community Foundation was organized in 1982 as a public charity to meet local needs in the Outer Banks area not ordinarily within the province of other charitable organizations, religious institutions, or government.

Funds set up through the organization are used to meet a wide array of community needs, ranging from scholarships to the performing arts, from historical preservation to environmental causes. Grants are awarded quarterly on a competitive basis through a competitive application process.