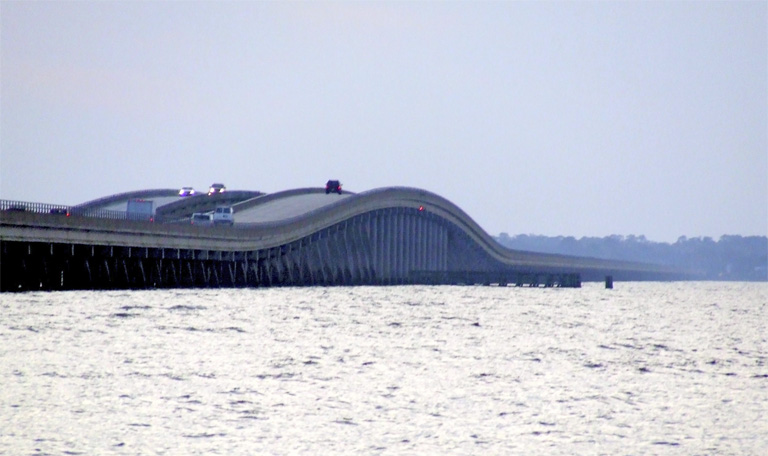 The N.C. Department of Transportation has awarded a $6.3 million contract to G.A. & F.C. Wagman Inc. of York, PA for a preservation project on the westbound Wright Memorial Bridge over the Currituck Sound on U.S. 158 at the Currituck and Dare County line. The project will begin this fall to avoid impacts to summer traffic.

The project includes plans to replace the existing concrete on the bridge deck with a layer of latex-modified concrete that will provide a smooth riding surface. In addition to this work, expansion joints, which enable a bridge to expand and contract with the weather, will have their seals replaced during the project.

The westbound bridge will be closed during the project with traffic in a two-lane, two-way pattern on the eastbound bridge. Work can begin as early as September 15, with the bridge reopening to traffic by May 15, 2014.

This project is part of the department’s overall bridge program to improve the condition of the state’s bridges. Investments in our transportation infrastructure provide better access and support economic growth across the state.

For real-time travel information at any time, call 511, visit www.ncdot.gov/travel or follow NCDOT on Twitter at www.ncdot.gov/travel/twitter.  Another option is NCDOT Mobile, a phone-friendly version of the NCDOT website. To access it, type “m.ncdot.gov” into the browser of your smartphone. Then, bookmark it to save for future reference. NCDOT Mobile is compatible with the iPhone, Android and some newer Blackberry phones.