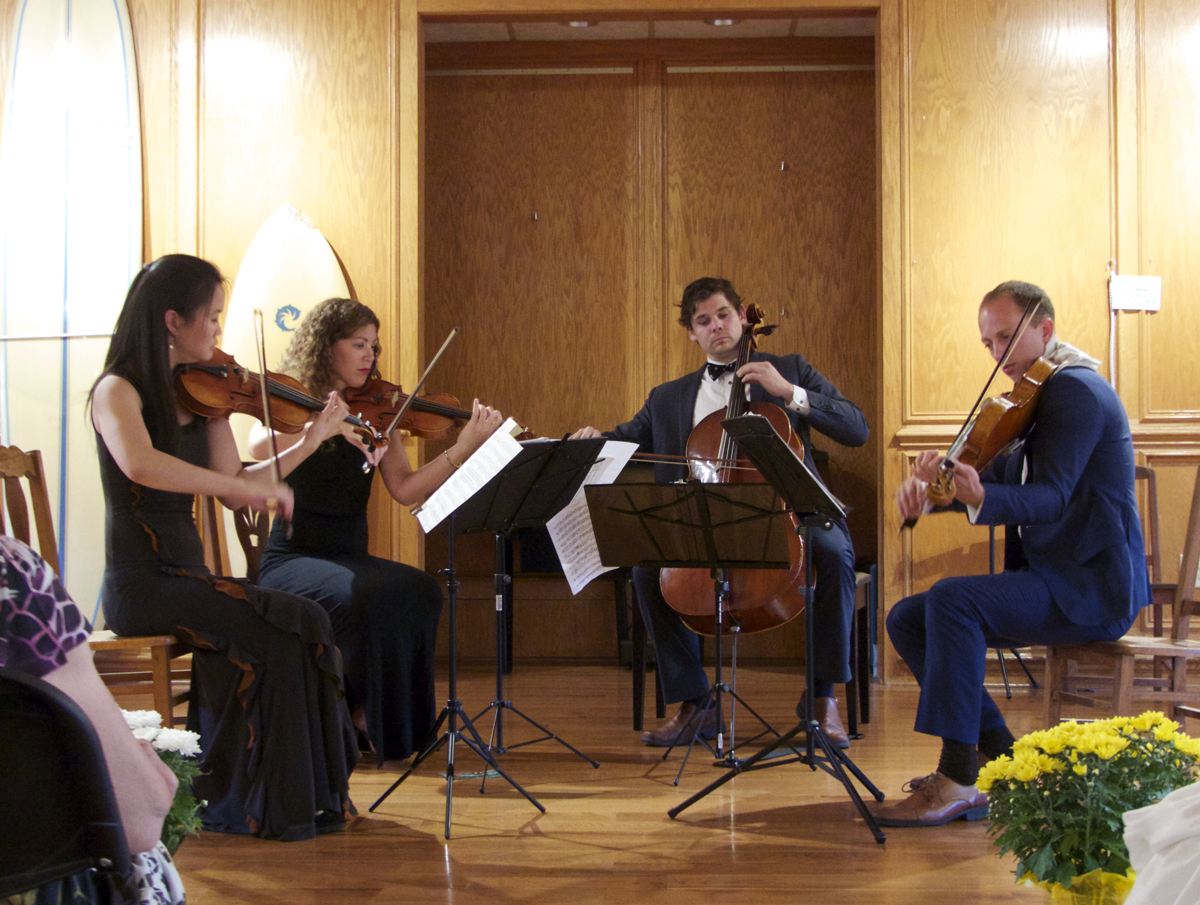 When the Dare County Arts Council moved into the old County Courthouse, the hope was it would be come a centerpiece for downtown Manteo. That hope has been realized.

The latest evidence of that was the Surf and Sound Concert on Friday evening. Sponsored by the Don and Catharine Bryan Cultural Series, the concert capped off a triumphant week of music.

This was the second year the Bryan Cultural Series has brought the Surf and Sound Concerts to the Outer Banks and the 2016 version featured four evenings of world-class performances.

The locations were All Saints Episcopal Church in Southern Shores, the Duck Amphitheater, the Blue Point in Duck and the DCAC Gallery. No matter where they performed, the music was exceptional, but the sound quality at what was once the County courtroom was by far the best.

The four principal musicians—most of their music was performed as a quartet—were Katy Hyun and Elizabeth Vonderheide, violin; Luke Fleming, viola; and Jacob Fowler, cello. Monday evening Amanda Halstead was on piano, performing a classic Mozart piano quartet and Cafe Music, by American composer Paul Schoenfield that was absolutely wonderful. Laura Seay sat in on viola for a quintet on Friday evening.

The performance Friday night highlighted the Gallery as one of the best small venues on the Outer Banks to hear music and the the extraordinary talent of the musicians.

The Brahms piece in particular is not performed very often—probably because it’s a very challenging piece of music. According to Fowler, who talked a little bit about the piece before the performance, Brahms intended it to be his last 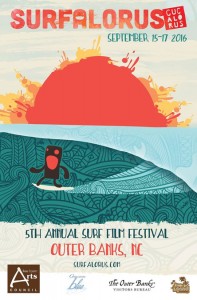 composition. Incorporating all the elements that Brahms is noted for—hints of folk music, powerful chordal patterns, constantly moving shifts in points and counter points, it was music that truly does lift the spirit.

What really seemed to enhance the experience was the acoustics in the courtroom.

Next up for the DCAC major events is Surfalorous, which, if last year’s festival is any indication, will feature some very interesting surf films. Surfalorous is a multi-venue event. Check out the schedule below.