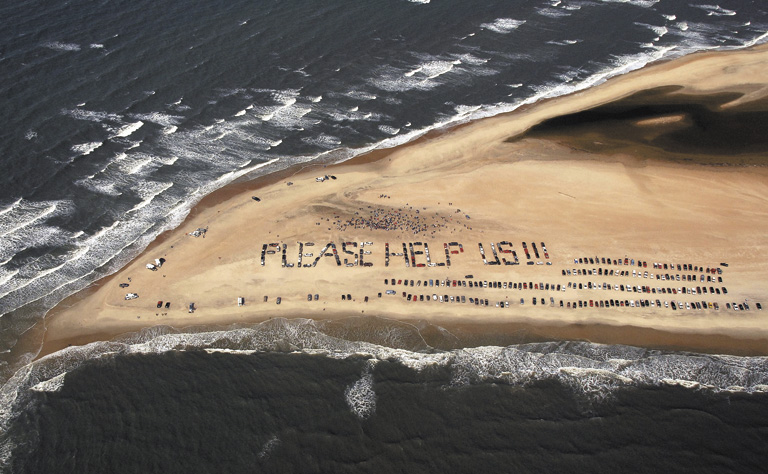 The Point at Cape Hatteras. Image from Fall 2008 NBS article on ORV use at CHNS. Current restrictions do not allow anyone at the point. Photo By Donny Bowers.

By a vote of 232 to 188 the U.S. House of Representatives took a giant step toward allowing expanded access to the beaches of Cape Hatteras National Recreational Seashore—access that had been severely restricted and often denied because of a court ordered management plan. The bill, sponsored by Representative Walter Jones (R, NC) was titled “Preserving Access to Cape Hatteras National Seashore Recreational Area” and mandates a return to a 2007 interim management plan that was far less restrictive.

There are still a number of steps in the legislative process before the restrictions on access to Cape Hatteras beaches are lifted.

Senate bill S2372, introduced by Senator Richard Burr (R, NC) and co-sponsored by Senator Kay Hagan (D, NC) must pass in the Senate. The two bills must then be reconciled, although the language in the two bills appears to be identical.

The bill will then be voted on by both chambers of congress and go to the President for his signature.

The senate version of the bill is scheduled for a June 27 hearing before the National Parks Subcommittee.

The speed of the legislative process is unpredictable and it is doubtful if “Preserving Access to Cape Hatteras National Seashore Recreational Area Act,” as both Burr and Jones entitled the legislation, will be passed in its final form before the Senate recess begins on August 7.

It does seem likely, though, that the bill will be signed into law before the November election, provided it passes the Senate, which also seems likely.

Although the most of the focus on beach access has been on ORV use, the court ordered restrictions do not allow any beach use in restricted areas, including foot traffic.

Consistent with the 2007 Interim Management Plan, the bill will continue to give protected and endangered species protection but will create access corridors to beaches and recreational activities for the public.