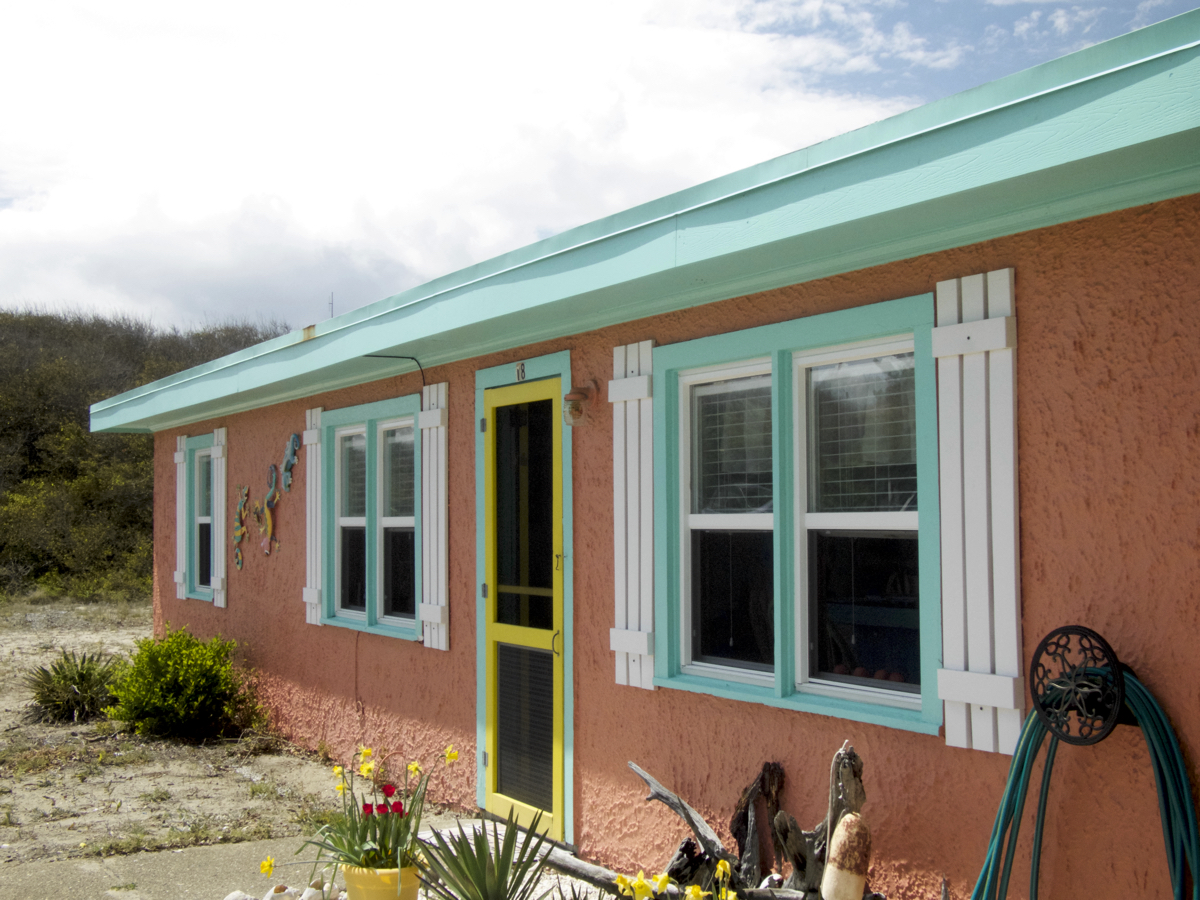 There is pride in owning an historic home on the Outer Banks. Pride in the history of the home; pride in family memories; pride in making it a part of the community.

There were two historic home tours on the Outer Banks this weekend. On Friday the Kill Devil Hills Tour of Local Historic Landmarks and Saturday the Southern Shores Historic Flat Top Tour. The homes in the towns are very different—although there are some flat tops in Kill Devil Hills—but the common thread is the owners, their hospitality and pride in ownership. 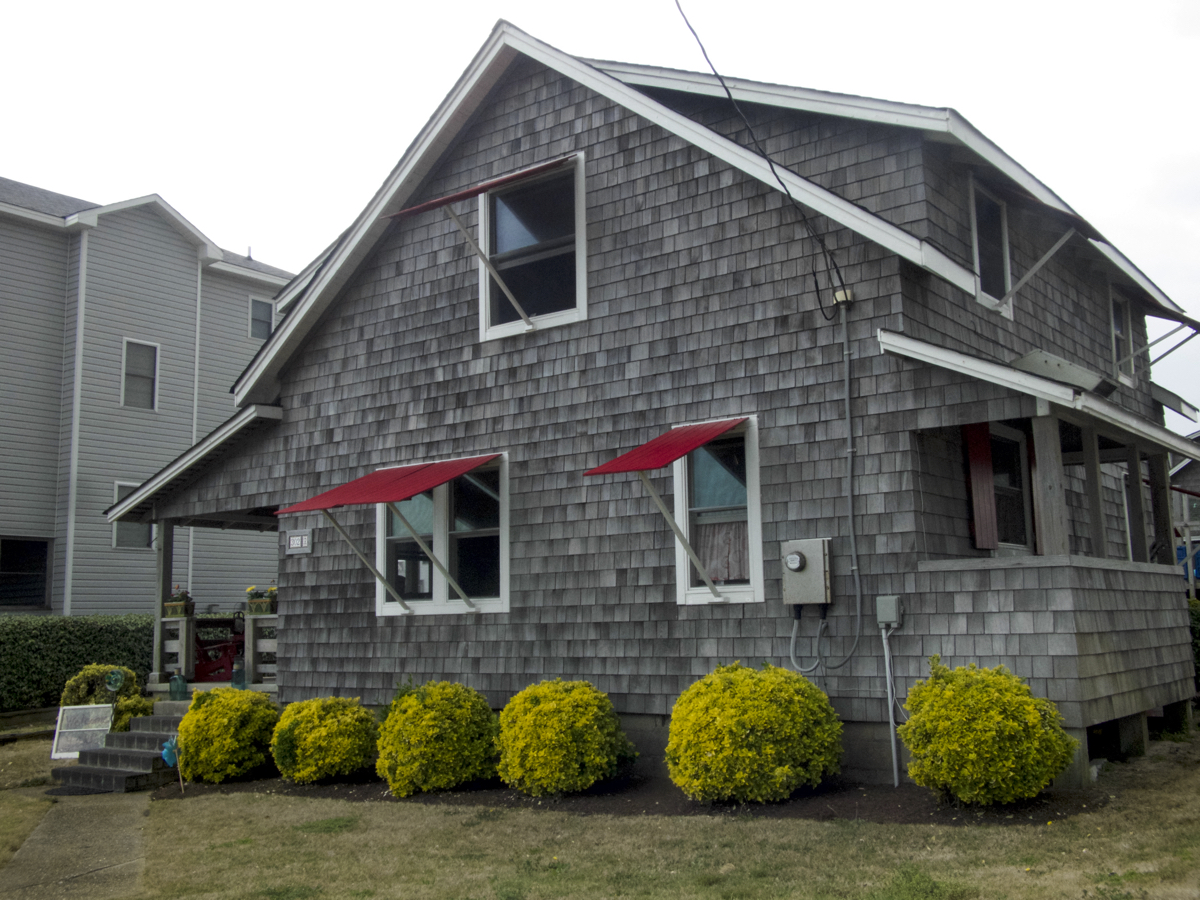 Kill Devil Hills has a robust historic homes ordinance on its books and the owners we spoke to were singing its praises.

One of the interesting notes about the Kill Devil Hills homes is that many of them have been in the same family for three or four generations and in a number of cases they are used as a family getaway only and not rented.

All of them are amazing with some great features but there were a couple of things that really stood out.

Seeing a line of cars parked along the road on Friday at the Mardre-Woolard Cottage, I went down to the beach access and walked up to house from the beach. Coming up on the home from that direction, it seems almost seems to be a part of the beach. The cedar shake siding is darker than the sand yet it has the same sense of an earth tone.

Built in 1935 the house itself is wonderful with the original beadboard ceiling and walls still intact.

There is also an arched doorway between the hall and living room. There doesn’t seem to be any reason for it except that it’s a really nice decorative touch. 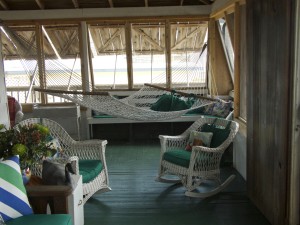 The Hall Cottage has had some very nice additions over the years including a picture window that looks out over the ocean. The owner agreed and mentioned to me that she has conversations with Kill Devil Hills every couple of years explaining why the family does not want to build the dune higher in front of the house.

There are always surprises on the historic home tours; walking into the Pappendick-Heath Cottage and seeing local chef Lynn Flowers when I walked in the door was one of them. It seems she and her husband have owned the house for a number of years.

The inside scoop on everything that had to be done to create a year around living space and still keep the original look and feel of the home came in the upstairs bedroom . . . where her husband—who works construction—was holding court. 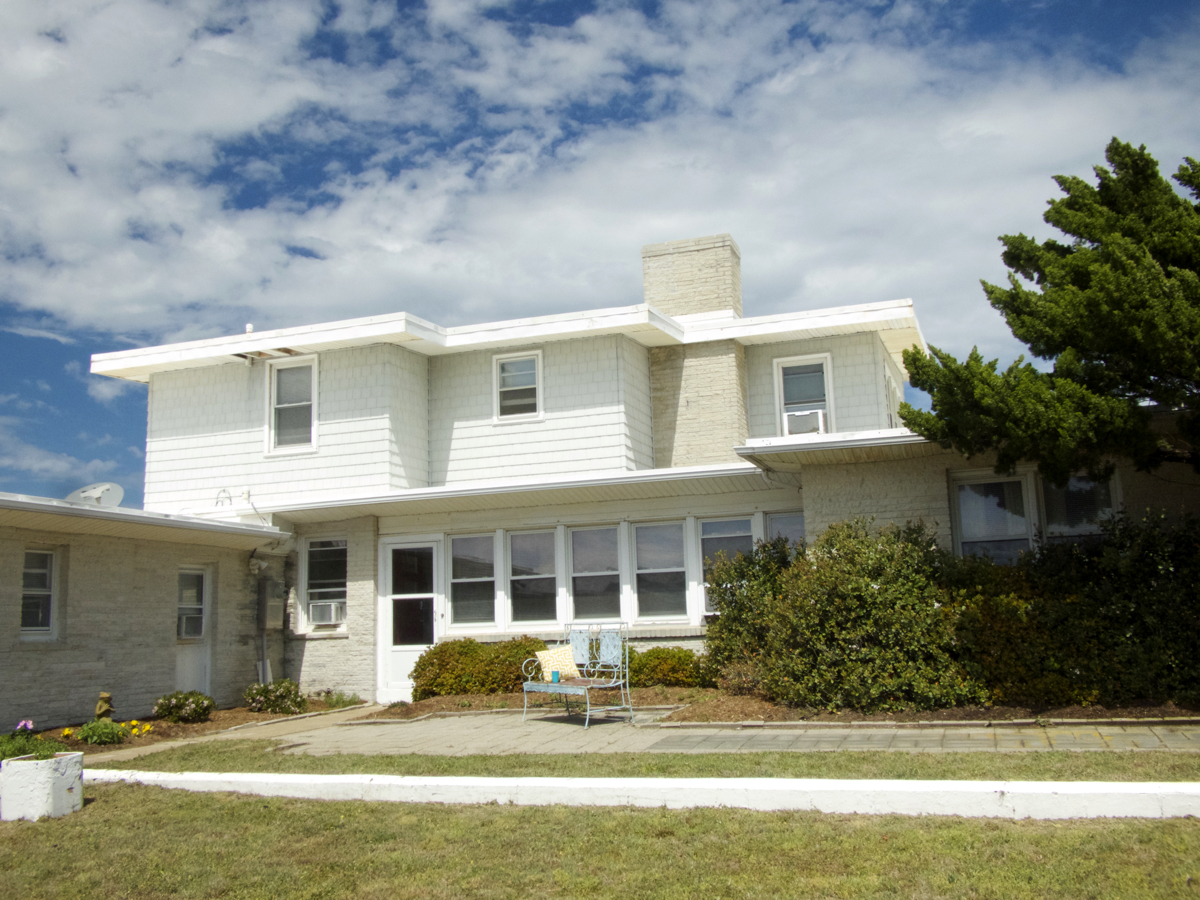 Toute de Suite. Second floor is probably an addition. The bedrooms on the left side were originally a garage.

The Southern Shores flat tops are victims of their own success. Frank and David Stick’s concept of a simple beachfront home patterned after houses Frank had seen in Florida made owning beachfront property affordable, and the building boom followed.

Every year another two or three fall to the wrecking ball, the value of the land the homes sit upon making it economically unworkable to purchase a home that has only two or perhaps three bedrooms to rent.

The town of Southern Shores may be moving toward creating an historic home designation similar to Kill Devil Hills, but there is nothing like that at this time.

Although many of the flat tops are very similar in design, over the years the owners have given each of them their own quirks and personalities.

I have to admit, though, that my favorite on the tour this year was “Oh So Sandy” on East Dogwood. With almost no landscaping in the front yard, just some coarse sand, the flat top’s look is probably as close as can be to the original appearance. Pictures from the 1950s and early 1960s show a sparse landscape with almost no vegetation.

The interior was beautiful as well with exposed juniper beams—which is how the homes were finished originally.

Toute de Suite on Ocean Boulevard is a great example of the Sticks’ idea when they built their flattops. In an interview I did with David a number of years ago, he mentioned that the flat tops were designed to be simple in concept and sturdy enough to make additions possible—including a second floor.

With two floors and six bedrooms, the home has certainly expanded beyond its original footprint.

Particularly appreciated was the pod of dolphins that swam by as a group of us were on the back deck.