Deny, Deny, Deny and It Will All Go Away 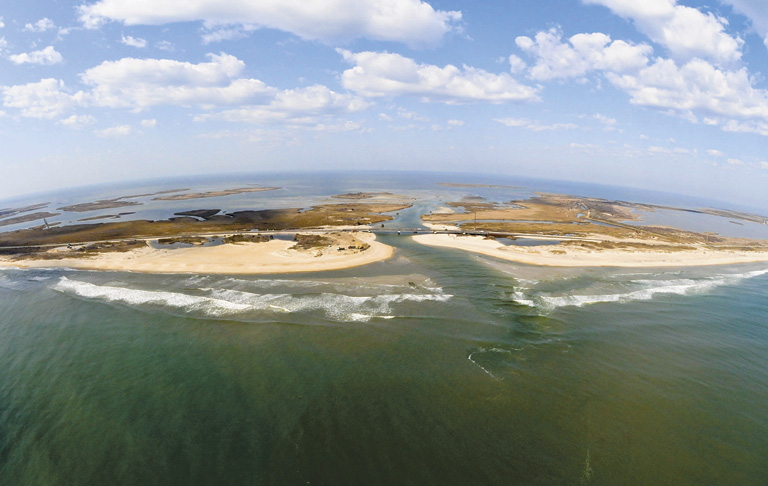 We’ve all heard of the ostrich that buries its head in the sand, but after the latest North Carolina legislative action the state could more properly be coined burying its collective head in the rising sea level.

HB819, which is sitting on Governor Perdue’s desk awaiting her signature, certainly seems to be the stuff of metaphor—a legislative burying of the head in the sand . . . except if predictions of sea level rise prove accurate, it may be seawater and not sand going up our nostrils.

Entitiled An Act To Study and Modify Certain Coastal Management Policies, the legislation is more about stopping any coastal management policies from being formulated, as it is modifying anything. Section 2(b) reads: “No rule, policy, or planning guideline that defines a rate of sea‑level change for regulatory purposes shall be adopted . . .”

The legislation does grant local government the right to formulate their own policies. However, since local governments along the North Carolina coast base their ordinances on CAMA regulations and CAMA is the government agency prohibited from formulating policy, the practical effect is obvious.

In defense of the legislature, our representatives may have been reacting to a 2010 CAMA paper, North Carolina Sea-Level Rise Assessment Report. Prepared by a who’s who of North Carolina coastal experts, the report predicts a 39” (1 meter) rise in sea level by the year 2100. Filled with caveats and cautionary notes, the authors call for a follow-up study within the next five years. Nonetheless, the findings of the authors are remarkably consistent with a wide array of national and international studies.

On a day to day basis it is doubtful that any change will be noticeable. There are already a number of CAMA regulations on the books governing coastal development. Also, as the study’s authors note, sea level rise, is not necessarily linear—it may start slowly and then accelerate. Nor is it constant throughout our coast—measurements north of Hatteras show considerably more rise than south of Hatteras.

Yet this type of legislation is a flashing neon sign to the world telling everyone that the state of North Carolina is fearful of facts and fearful of science and that the state would rather bury its head in the sand than to take the steps needed to confront a shared future.