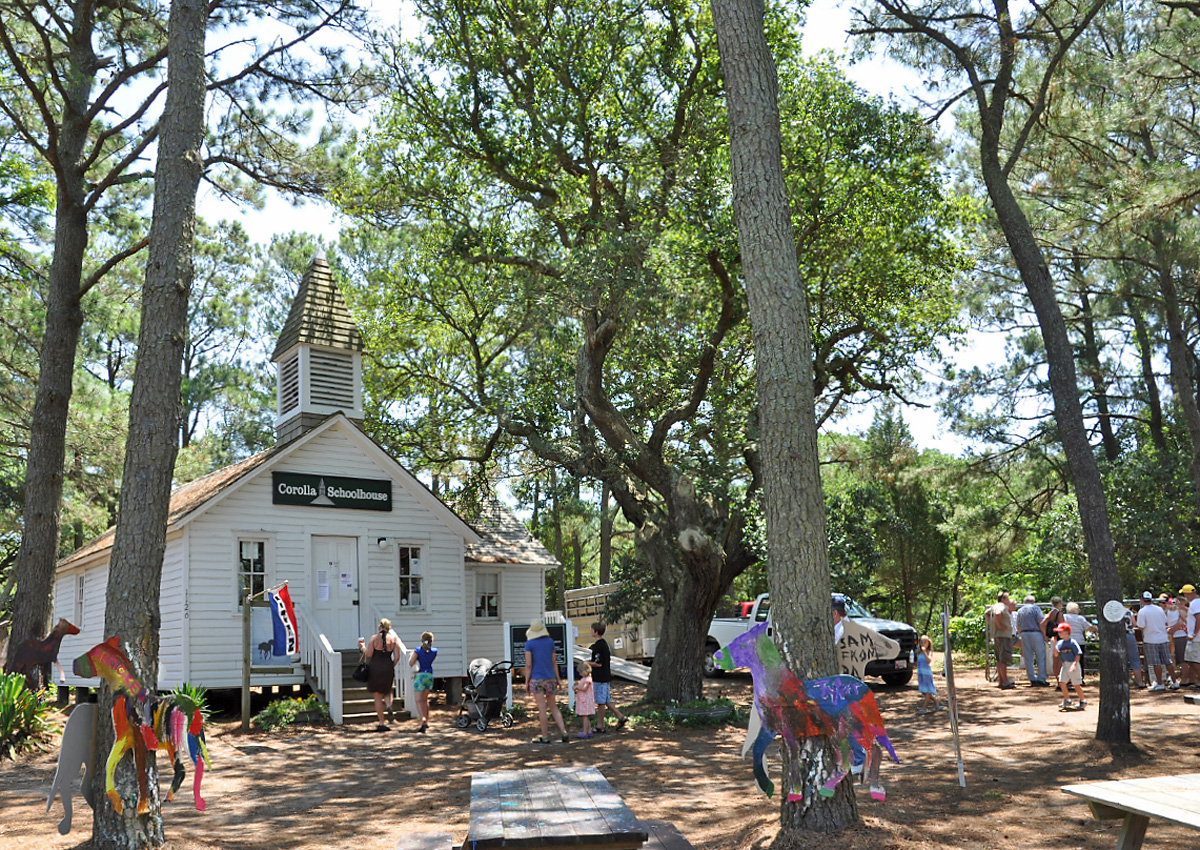 The Wave' Edge Charter School in the original Corolla Schoolhouse.

It’s “dark thirty” in Corolla. A lone child clutching a book bag pulls his coat tighter against the cold. In the distance, a school bus engine rumbles and two headlights approach. The bus stops at the end of the driveway, and the child steps out of the cold and climbs aboard. Two or three other early riser students are on board, but no one speaks and some are asleep. It’s just too early, too dark and there’s a long ride ahead of them. The bus heads south for the long trek to Manteo, where the kids begin their school day.

That was the 1980s. When budget considerations forced Dare County to refuse the Corolla kids, there was a mass exodus of young families from Corolla.

Since the original Corolla School closed in 1957, Currituck County has had a constant dilemma with educating the kids in Corolla. School Superintendent Dr. Elizabeth Dodd attempted to re-establish the Corolla Village School over 25 years ago but met with a lot of resistance.

An Idea is Born

In 2005, Meghan Agresto moved to Corolla with her one-year-old son and began working as the site manager for Currituck Beach Lighthouse. Young, highly educated and a self-admitted rabble rouser, she sought to change the system before her child was old enough to attend school. With the help of Sylvia Wolff, who works with Corolla Fire and Rescue, they started brainstorming ways to create a school in Corolla. When they discovered the Charter School system, they knew they’d hit pay dirt and went to work to create Water’s Edge Village School (WEVS) in Corolla.

According to the WEVS website, “Charter schools are tuition-free public schools that provide new options to students and their families. They are independent from the county board of education and are run by incorporated non-profit organizations. They control their own curriculum, staffing, organization, and budget. They must meet the same academic standards that traditional public schools meet. . .”

Meghan and Sylvia began recruiting community support for their idea and were met with great enthusiasm. They incorporated the non-profit Corolla Educational Foundation (CEF) and worked to spearhead the effort for several years.

There were obstacles along the way and they were turned down by the state a number of times, but this last year, the state agreed to allow them to apply once again. They had six weeks to prepare their application, and from submitting an application to doors opening at the new Water’s Edge Village School in Corolla will be a total of only ten months. 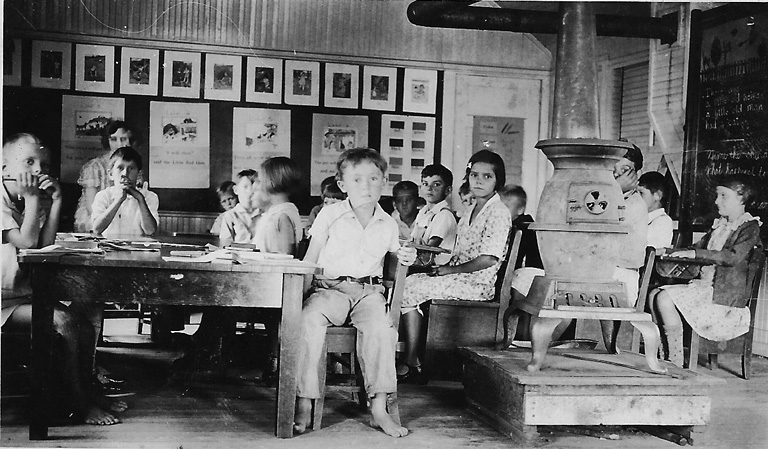 Students at the original Corolla School.

While the state provides some funds for the school, additional funds needed to be raised. The Outer Banks community has stepped up with private and corporate donations as well as use of the old schoolhouse itself. “The community support has been overwhelming,” says Meghan. “We’re building our school a dollar at a time.” The school accepts donations at their website, at the schoolhouse or in several donation cans scattered throughout Corolla.

Mahindra has a strong background in curriculum and gifted studies while Raleigh has a concentration in special needs education. They’ll design a K-6 curriculum that fosters a love of learning, leadership skills, educational mentoring and literacy appreciation.

With total enrollment anticipated at around 20 students, the curriculum provides personalization for individual students. “If a student is having a problem with a particular concept, we can work with that student individually and not be dictated to by a timeline. While we must meet the required NC standards, we have the autonomy to customize the curriculum to a particular student’s needs,” says Mahindra.

Children can be assured of a well rounded, personalized education, including subjects not usually seen in public schools at the elementary level: foreign languages, cooking, public speaking and karate lessons for P.E., among others.

“We tend to think of Corolla Village as our campus,” says Meghan. “We can utilize the Whalehead Club and the lighthouse for NC history lessons, the Wildlife Center for natural science and Corolla Light has offered the use of its facilities for physical activities for the kids.” Moreover, the NC Aquarium Society, the National Audubon Society, Corolla Ocean Rescue and others have volunteered services to support the school.

As a tribute to the history of the school, on Tuesday, August 28, respected Corolla elder and former student at the Corolla School, Norris Austin, will ring the bell to signal the first day of classes.

On a personal note, I watched my cousins, nieces and nephews catch that school bus in the early hours of the morning and return bleary eyed in the dark of night. Now my great-niece will hopefully attend WEVS as a kindergarten student this fall. After all these years, it is thrilling to see her and her fellow classmates coming into the light.