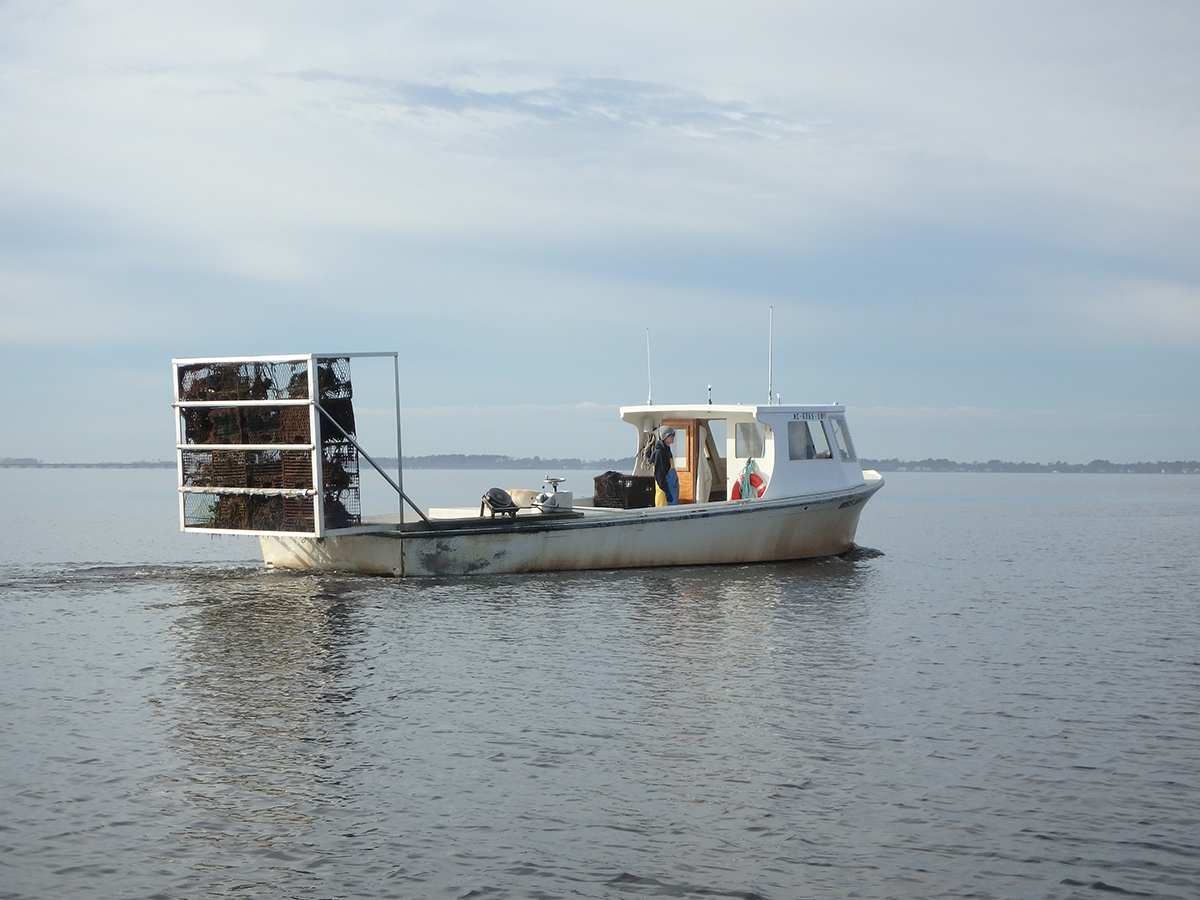 There’s always something going on at the North Carolina Coastal Federation’s northeast office in Wanchese – but on this particular unseasonably warm fall day, Sara Hallas, one of the federation’s coastal education coordinators, is busy looking months ahead to one of their most ambitious (and relatively new) winter projects.

While not perhaps as widely known among the general public as, say, the federation’s work establishing living shorelines, the Lost Fishing Gear Recovery Project is just as important in terms of protecting North Carolina’s waterways – and its roots were firmly established on the Outer Banks.

In a nutshell, the Lost Fishing Gear Recovery Project primarily takes place during what’s known as the state-mandated “no-potting” period – a roughly two-week-long stretch of time starting around mid-January when North Carolina’s waterways are closed for crabbing, and therefore, any equipment still found in these waters is deemed lost or unlawfully set and is subsequently subject to removal.

While that might not seem important at face value, the reality is that each commercial waterman can place (on average) between 500 to 1,000 crab pots annually. Depending on how many storms (which can run the gamut from full-force hurricanes to some comparatively benign nor’easters) have occurred in a given year, a number of those pots can unintentionally travel 15 miles or more from their original locations – causing a variety of problems in the long-term. 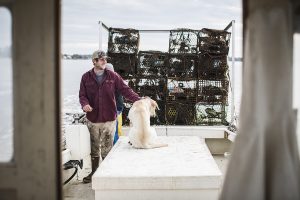 To counteract that, the federation’s Lost Fishing Gear Recovery Project has sought to utilize the local watermen’s vast knowledge of our area waterways by hiring them to identify and recover lost gear during the no-potting period. Not only does the project have a direct economic incentive (commercial fishermen are paid $400 per boat, per day during a time when they would otherwise have a loss of income), it has also allowed the federation to return valuable equipment when ownership can be identified – and during the first two years of the project it was also a means for them to experiment with upcycling unusable pots to create oyster reefs.

“We started the project in 2014 – largely because we were able to secure funding from the North Carolina Sea Grant and the National Oceanic and Atmospheric Administration’s (NOAA) Marine Debris Program,” says Sara, who’s currently in charge of overseeing grants and managing the overall budget for the project. “So this winter will be our fifth season, and a lot of the credit for getting this up and running goes to Ladd Bayliss.”

Ladd, an Outer Banks native who spent five years as a coastal advocate for the federation before transitioning to another company, is much more modest about her role in the project, but she’s clearly passionate about doing everything she can to ensure that their efforts continue to succeed in the future – even going as far as to return to the federation this winter as a contract project manager.

As Ladd explains, the importance of the Lost Fishing Gear Recovery Project is at least twofold. “For starters, once a pot is lost it can be a navigational hazard and it can also continue to trap a variety of marine life without any oversight,” she says. “We know that happens, so the question is: How can we stop it? And that’s where the next part comes in to play – which involves recognizing that the local watermen here are the best environmental stewards we have. Not only do they want to give back, they care deeply about the natural resources here that feed all of us.” 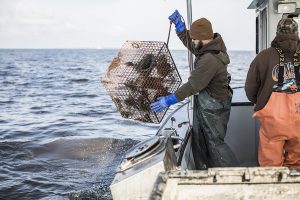 Lost crab pots can unintentionally travel 15 miles of more from their original locations – which can cause a variety of long-term problems if they aren’t retrieved. Photo courtesy of Chris Hannant.

Even the first seeds for the project were homegrown. Inspired by similar projects that had long been underway in the Chesapeake Bay, a number of key leaders in the Outer Banks’ fishing industry were staunch advocates for establishing a similar program in our local waters.

But the most substantial increase occurred in January 2017 when North Carolina supplied an additional $100,000 to expand the project statewide to include the federation’s central and southeast districts – which resulted in a total of 36 active boats that recovered a whopping 4,304 pots across the N.C. coastal waterways in slightly less than two weeks’ time.

“In the beginning it truly was, in every sense of the word, a pilot project,” Ladd says. “But each year I think we’re getting better at it.”

This year, the federation hopes to employ at least the same amount of boats and watermen as last year, to continue improving their data-collecting methods statewide, and to further involve other volunteers on the Outer Banks in an annual coordinated land-based debris cleanup that has typically taken place the weekend before the no-potting period goes into effect.

“It’s so much fun; I could talk about it for days!” Ladd adds enthusiastically. “The whole goal is to involve people in this process, and to continue developing an ethic that already exists in order to protect our natural resources. This project really does that.”