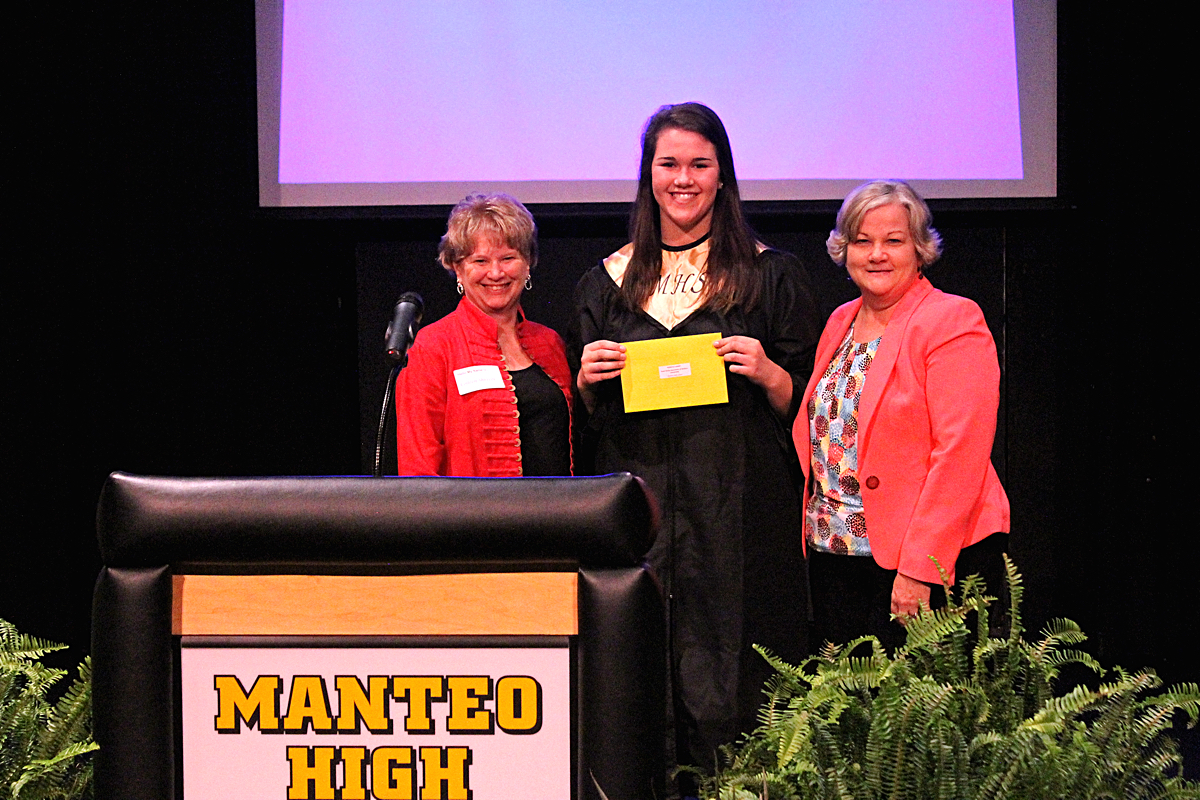 When Macy Quidley applied for college earlier this year, she wasn’t sure how she would pay for it. That was, at least, until she received help from the Outer Banks Association of Realtors (OBAR).

Quidley, one of OBAR’s eight 2016 scholarship recipients and a graduate of Cape Hatteras Secondary School, volunteered at the Fessenden Center in Buxton, N.C., making her a strong candidate for the award.

“Financially, I wasn’t prepared for college, and I feel like the scholarship definitely helped with that,” Quidley says. “I just want to thank the people at OBAR for seeing potential in me and giving me the chance to make them proud.” Quidley plans to pursue a biology degree at the University of North Carolina at Chapel Hill.

Members of OBAR decided to start a scholarship fund for local students in 1994 and then transferred the fund to the Outer Banks Community Foundation in 1996. Since its establishment, 111 students have received scholarship funds totaling $201,125. OBAR is now celebrating 20 years with the community foundation.

“Realtors like to give back to the community, so they decided to develop a scholarship fund,” says Cindy Edwards, OBAR scholarship chair for 2016. “When we first kicked off, the scholarships were going to be for a realtor’s child or someone in the real estate business. When we went to the Community Foundation, though, that changed. We decided that we couldn’t judge it on that.”

Also in an attempt to help more students and ensure the longevity of the fund, the committee decided to award between eight to 10 $1,000 one-time scholarships per year. The number of scholarships awarded each year is decided before the committee begins reviewing applications.

“We look at how our fundraisers went, how much went into the fund the previous year, and what we have available,” Edwards says. “The community foundation is very helpful because they’re organized with their rules and their guidelines.”

The foundation’s staff not only creates, but also puts out the application, screens the applicants, and passes on those that meet the criteria. In addition, the staff invests the fund as an endowment, ensuring its perpetuity; handles accounting and check writing; and manages student accounts with the universities, among other services that make things easier for the OBAR’s scholarship committee.

“It brings our members together, and, without being cliché, it’s a feel-good thing to be able to raise money to help,” Pierce says. “Our community comes together for things like that. It’s a day of fun for them, plus it’s such a good cause that it’s easy for them to get behind it.”

OBAR members who serve on the scholarship committee truly get behind it too. Every April, they familiarize themselves with the criteria that the numerous applicants must meet — at least a 3.0 GPA, proof of financial need, and demonstration of community involvement — to determine who gets an award.

By May 2016, they had dedicated countless hours narrowing the applicant pool from more than 60 students to the dozen or so they typically interview.

“We interview 10 or 12 because sometimes after reading about someone on paper you want to meet a person,” Edwards says. “We get heartbroken because we can’t give everybody something, but to sit down and to hear about things that they’ve overcome, or the goals that they have, is just such a blessing.”

Those being interviewed also gain from the interaction. Kaitlynne Ludolph, a 2016 graduate of Manteo High School, was another scholarship recipient. She says she appreciated that the committee took the time to get to know her and helped with her dreams of pursuing a degree in media ministry at Southeastern University in Lakeland, Fla.

“When I interviewed with them, it was not nerve-racking. Just getting to know them and talking to them was really enjoyable,” Ludolph says. “I am completely honored that they would choose me. I am just grateful for this opportunity.”

According to Holly Austin, who served as the scholarship committee vice chair for 2016 and served as chair for several years prior, the success of the committee is due to the amount of dedication its members provide.

“The committee is really made up of people who care. They give it 110 percent. That’s what makes it a successful committee,” Austin says. “Thanks to everybody over the years, I think it has just been something that has touched many, many lives.”