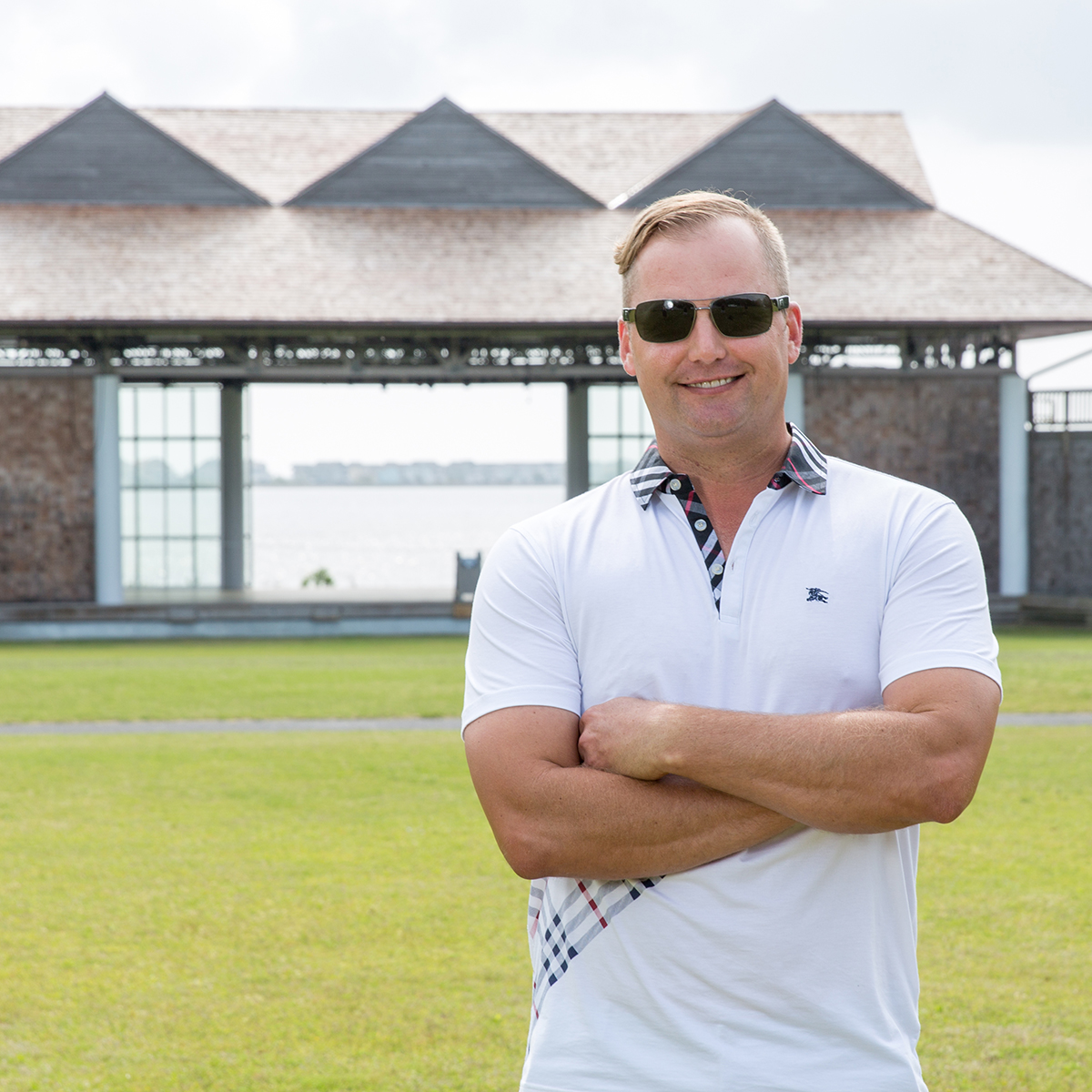 None of us know what the road of life has in store for us. Sometimes it’s a smooth ride, and other times it can be much rockier, but hopefully – no matter what the terrain may happen to be – we’re able to turn it into something beautiful. Born and raised on the Outer Banks, Matt Meekins is doing just that by using his life experiences to bring positivity, unity and hope to the community he calls home.

“When we can get out of the way of ourselves, we can do amazing things for those around us,” Meekins says. “When it becomes less about ‘me’ and more about ‘you,’ we can all benefit from that.”

After graduating from Manteo High School, Meekins went to East Carolina University on a baseball scholarship. But music was still a long-time passion of his (he began playing guitar when he was 14 years old), so he later joined a rock band called Mullet Roe. 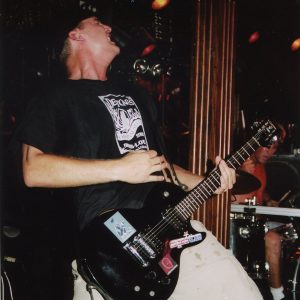 Matt Meekins rocking out at Port O’ Call back when he was part of the band Mullet Roe.

A legendary local band that drew crowds from all around, Mullet Roe spent the next 10 years performing in venues that ranged from Port O’ Call to Manhattan-based dives to battle of the band-style gigs in Panama City during spring break. And, as Meekins became increasingly immersed in the rock and roll lifestyle, he ultimately also got caught up in the substance abuse culture.

“I found myself in a place where I felt trapped,” Meekins says. “I wanted to change, but I just didn’t know what to do. And God met me in the middle of that.”

Calling his story one of grace and mercy, Meekins says that his life was changed at a youth convention (ironically enough, at the age of 34). After seeking help to overcome his substance abuse, he met someone who had a similar passion for music, and that person took him to the last place he ever thought he’d want to go: a Christian concert.

“When I first got there, I was like, ‘This is going to be terrible. What does ‘Christian concert’ even mean?’” Meekins recalls. “I went in to do security, and came out a different man.” Impressed by the skill level of the musicians, Meekins’ viewpoint began to change.

“I had an experience that, to this day, I’m not really sure how to explain other than to say that God was made real to me there,” Meekins says. “It changed my life.”

Meekins found himself going to concert after concert. Perhaps because the musician in him would have rather been on stage, he soon realized that he needed to be more involved somehow. From there, it wasn’t long before he began to wonder why Outer Banks residents had to travel hours away to enjoy those kinds of experiences. Why not bring them to this area? 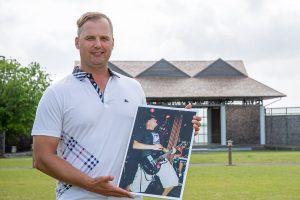 Matt Meekins stands on the lawn of Roanoke Island Festival Park with a photo of himself in his former life.

That’s where the idea for His Generation was born, and two years ago it came to fruition. His Generation is now an established local nonprofit group that focuses on bringing Christian music to the Outer Banks.

“I believe music transcends so many of our differences – in the church and in the world,” Meekins says. “Although people can have different opinions and motives, I’ve found that music – or what we call in the Christian genre, ‘worship’ – can transcend our differences, and that allows us all to unite.”

Meekins is also quick to point out that His Generation isn’t a church, but rather a para-ministry. “Our goal is to be more of a resource so that all churches can come together,” he explains. “We hope that we’re doing what we’re called to do.”

Holding their main events at Roanoke Island Festival Park in Manteo, His Generation has hosted big names in the Christian music genre, such as Crowder and Kristene DiMarco, and what they’ve seen with a number of the artists is that they fall in love with the area and the unique venue. According to Meekins, His Generation is also humbled by the response they have received by local business owners and churches from different denominations that volunteer their time to make those events successful.

Appealing to multiple generations is important to Meekins and His Generation. “That’s a huge part of it as well, to be able to have family-friendly events where everyone from 70-years-old down to 10 are able to come together,” Meekins adds. “I believe that music can do that.”

This summer, His Generation welcomes For King & Country and We Are Messengers to Roanoke Island Festival Park on June 21st, in what will more than likely be their biggest event to date.

“I would like to see people come out and give it a chance,” Meekins says. “The message is positive, it’s a clean environment – and the people are full of joy and love.”