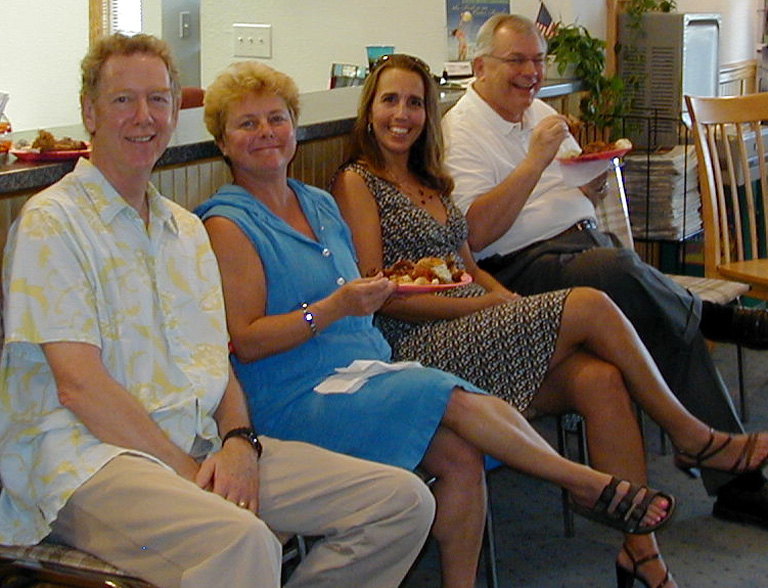 In 25 years a lot can happen. Countries come and go, economies expand and contract, real estate cycles go up and down and back up again. Through all those changes, all those cycles, one of the constants on the Outer Banks has been Resort Realty.

When the Rossi family with local realtors David Watson and David Parrot formed the company in 1988, the Outer Banks was at the cusp of a building and promotional boom that would create the economic giant that has made this area one of the most popular tourist destinations on the East Coast.

A lot has changed over the years—and there have been changes at Resort Realty, as there must for the company to have survived.

Neither Watson nor Parrot are still with the company they founded, although they have both gone on to own their own real estate companies—Watson with Southern Shores Realty and Parrot with ReMax.

There was an experiment teaming the company with the Prudential Real Estate network between 1999 and 2007. “We became a Prudential franchise in 1999 at the beginning of the real estate boom,” Michael Harrington, CEO of Resort Realty, says.

Ultimately the partnership did not work. The Outer Banks is a unique market and did not seem to match well with the needs of an established mainstream company. “We are so niche oriented,” Harrington says.

Dick Harper, who has been with the company since 1991, agrees adding, “Some of the thinking was we would get more exposure being part of a franchise. But if you’re already an established company, you’ve already got the business.”

In spite of the changes—or perhaps because of them, certain core values have remained constant throughout the company’s history. Susie von Suskil, who has been with the company for almost 20 years, points out that there is a relationship of equals between the company and employees. “It’s a great relationship,” she says. “I’ve trained them as much as they’ve trained me.”

Harper offers a very similar thought. “I can’t say we work for (this company). We work with them,” he says.

The personal touch of the company is a theme that long term employees continually reference. “I have enjoyed it and I have no complaints,” Harper says. “And I have been here longer than anyone else.”

Now Real Estate Sales Manager, Roy Singletary has been with Resort Realty since 1997, echoes those observations. “We do have a resort family,” he says. “There’s not a day that I don’t enjoy coming to work.”

There is then, other factors at work.

Harrington points out the Outer Banks business market environment as an important factor in the success of the company. “You can’t be complacent,” he says. “Especially on the Outer Banks. We have some of the best run and most professional property management companies in the country.”

According to Harrington, those competitive pressures create the need to do things the way they should be done. “We try to elevate our image. We try to take it to a much more professional level,” he says. “Our goal is to be very professional yet hometown.”

Consistent with the sense of belonging that long time employees describe, Harrington sees team building as a key to continued success. “Our turn over is very low,” he says. “We try to reward team building. I would put our team up against any in the nation.”

The company will continue to grow, Harrington says. “If you’re the best, you’re going to naturally grow. Twenty-five years is a big deal. But we have a lot more room to grow and a lot of things to do.”