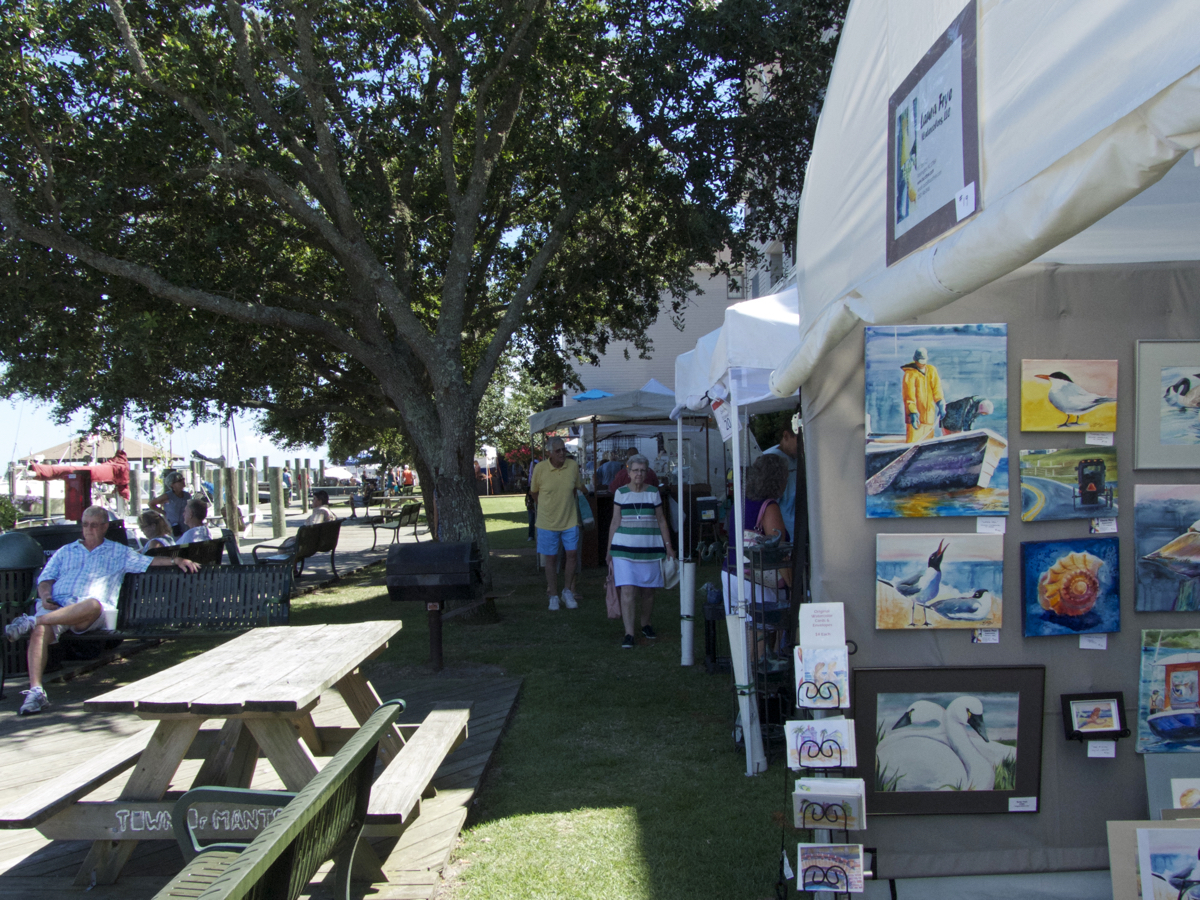 Bright sunshine and wonderfully diverse creativity were part of the 2016 New World Festival of the Arts.

In 1981 the Christmas Store’s Edward Greene introduced the first New World Festival of the Arts, hoping somehow people would come from the beach to Manteo.

That first festival was a success and 35 years later the town of Manteo is still putting two days aside in August for the creative works of artist of all types.

Now sponsored by the Dare County Arts Council, the 2016 version was everything Edward Greene envisioned the New World Festival of the Arts (NWFA) would be. For two days, the waterfront area of Manteo is lined with artists’ booths with artists coming from West Virginia, Florida, Virginia and good sized contingent of local masters of their craft. 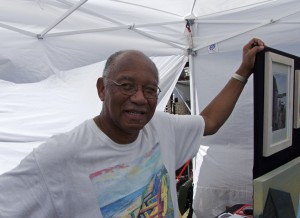 Outer Banks artist James Melvin was on hand and he may have been at the first one. Melvin, whose images of life on a beach are at once beautifully idealized yet very real, has a reputation that extends far beyond the Outer Banks.

There were a number of artists who have been a part of the NWFA multiple times. Dave Graves and with his Spiral Flutes made from Florida River Cane was back. His flutes, beautifully crafted to show the natural grain of the wood have a haunting, beautiful sound. 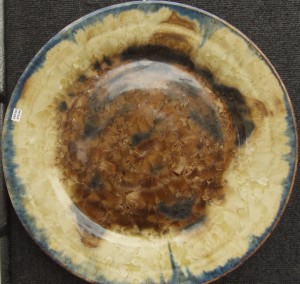 Some of the pottery that was on display was breath-taking. The Celtic Pottery of Timothy Moran and Janet Gaddy especially caught my attention.

Moran, who it turns out, is a chemist as well as an artist, explained that the Celtic process involves adding zinc oxide to the firing process. Other oxides are use to create the color patterns.

No photograph can really do what Moran and Gaddy are creating justice; when taken into direct sunlight, the crystalline pattern of the oxides take on a three dimensional look that is startling. 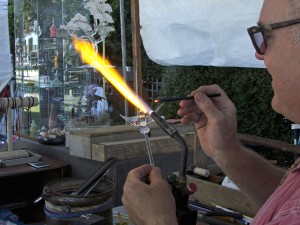 Some of the artist were creating their art at the show. Curtis Cecil, who works with glass figurines sat seemingly undisturbed by the heat on Wednesday (and it was hot) and slowly drew melted glass into birds and mammals. His creations are exquisitely detailed and varied.

There were a number of local artists on hand. Lisa LeMair was there—her jewelry remarkably different than anything else being displayed. Meg Rubino was part of the festival, her brush strokes capturing so much of the magic of the Outer Banks.

It was hot, although when the breeze came off Roanoke Sound it wasn’t too bad. The NWFA is, after all, a summertime tradition and one we’ll see again next year.