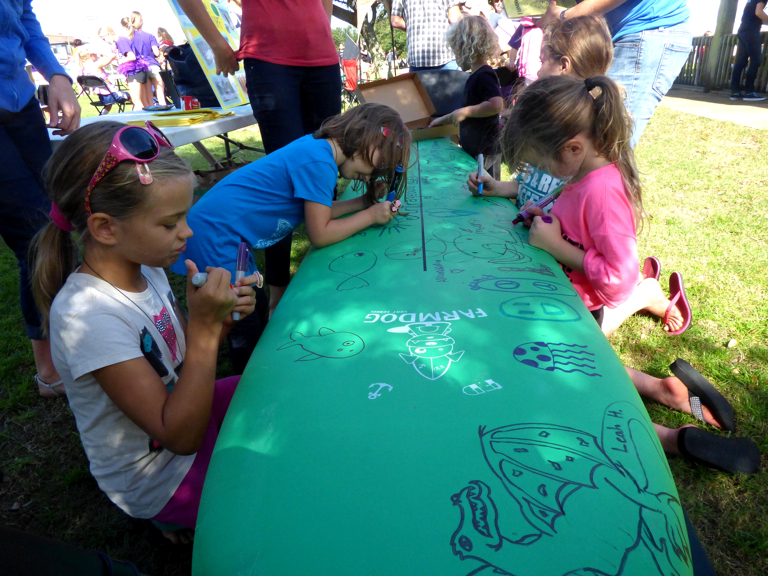 Decorating the Farmdog Surfboard at the 25th Annual DCAC Artrageous.

With 2014 rapidly drawing to an end and Champagne corks ready to welcome 2015 to the world it seems like a good time to look back over the past year on the Outer Banks. Here is a very partial list of triumphs, missteps, local news and fun facts from the past year.

Our list is by no means complete and we’re sure there are events we’ve overlooked or didn’t include. For our readers, by all means, share your thoughts. 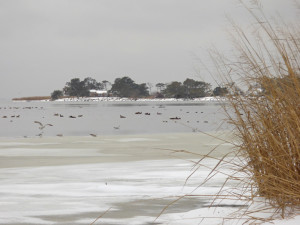 The Outer Banks Wedding Association’s Wedding Expo has just keeps getting better and better. An important part of the Outer Banks economy, especially in the shoulder seasons, the Expo brings together a few 100 local businesses and vendors under two roofs—First Flight High School and First Flight Middle School—and gives brides, grooms and their families a great opportunity to see what the Outer Banks is all about.

A significant development that was apparent at the 2014 Expo is the movement to be more inclusive as an event destination in addition to weddings.

Old Man Winer with a Vengeance

The winter of 2014 will go down in the record books as one of the coldest, nastiest winters anyone on the East Coast can remember and the Outer Banks certainly got to participate in the misery.

A storm at the end of January dumped 6-8” of snow on local towns and sent temperatures plummeting into the single digits . . . and it stayed that way for another two weeks. 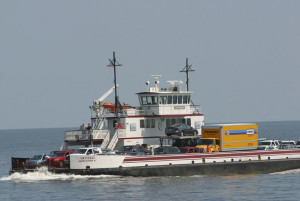 A precursor to battles that would be raged later in the year, the Southern Shores Town Council’s vote requesting that the legislature give the town quick take condemnation authority was greeted with vocal and prolonged opposition. The purpose of the request was to allow Southern Shores access to the beach through private property in case of emergencies.

When a bill was introduced into the NC Legislature requiring NCDOT to charge tolls on the Knotts Island and Ocracoke/Hatteras ferries, opposition from eastern NC counties was fierce. Pointing out that the residents of the effected areas had no other means to exit their towns and a study from NCDOT showing the cost of upgrading to take tolls would exceed the amount of tolls collected, local legislators were able to cobble together a legislative coalition opposing the fees. 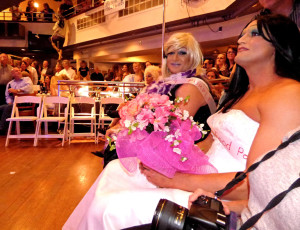 Practicing at the Outer Banks Hospital since 2011, Dr. Christine Petzing has been an important part of the compassionate care patients receive from Dare County Home and Hospice. Nominated by Nursing Director, Ellie Ward, Penzing was recognized Physician of the Year by North Carolina Association for Home & Hospice Care from over 800 member organizations.

The 4th Annunal Womanless Beauty Pageant was a record setter by any standards. Hosted Kelly’s Outer Banks Tavern and sponsored by Brindley Beach Vacations, the 2014 version of the night of beautiful men as—well—less than beautiful women, raised over $90,000 for local charities. 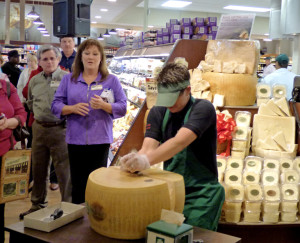 Pam Rosencrans crack a wheel of Parmigiano-Reggiano–signifying the grand opening.

Bringing a different supermarket philosophy to the Outer Banks, Fresh Foods Market opened their doors on April 17 with Parmigiano-Reggiano Cheese Wheel Cutting. The national chain focuses on food, and for Outer Banks foodies, it has proven itself to be a one-stop shop for many hard to find food items.

When the latest federal flood zone maps for the Outer Banks were presented, many local residents—especially north of Oregon Inlet—were dancing for joy. Some 20,000 property owners no longer had to carry flood insurance according to the latest maps.

The change was mostly a function of better mapping technology, and not related to changes in the shoreline. The maps have not yet been finalized, but it does appear as though many Outer Banks residents will no longer have to carry flood insurance. 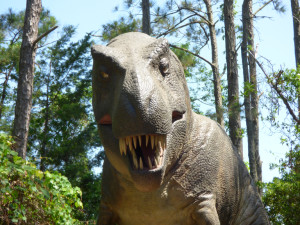 On schedule but not quite complete, the outbound Wright Borthers Memorial Bridge reopened on May 15 after being closed for the winter for resurfacing and replacing the expansion joints. The delay was caused by the extraordinarily harsh winter.

Opening Memorial Day Weekend at the North Carolina Aquarium on Roanoke Island, Tyrannasaurus Trek took kids and their parents on a journey back to the age of the dinosaurs. Animatronic dinosaurs lined the paths as the sounds of the more than ancient terrible lizards filled the air. 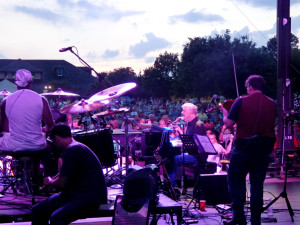 With competitors coming from Canada and as far away as Seattle, the first SailNC Regatta had to be considered a huge success. The regatta, featuring A-Class catamarans filled the waters of Croatan Sound between the Virginia Dare Bridge and Manns Harbor Bridge in mid June.

The weather could not have been more perfect for an outdoor concert when Bruce Hornsby and the Noisemakers kicked off the Outer Banks Brewing Station Summer Concert Series on June 27. A wonderful evening of music featuring a variety of styles and sounds, it was an event to be savored. 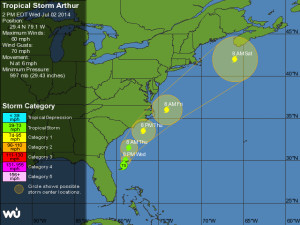 Unprecedented so early in the summer as far as anyone on the Outer Banks can recall, Hurricane Arthur’s July 4 landfall along Pea Island caught everyone by surprise. Luckily the storm was relatively small in size and was moving very quickly so disruption and damage was minimal.

The actual meeting occurred on August 5 in Southern Shores, but the seeds to an angry and vocal reaction to Town Council’s decision to remove over 100 trees along Fairway Drive and at the intersection of East and North Dogwood was created in July.

Part of the town’s capital improvement plans, residents pointed out final plans were presented in mid July, far too close to the vote on the projects to create an alternative scheme.

In spite of overwhelming opposition to what was presented, the Town Council voted unanimously to proceed. 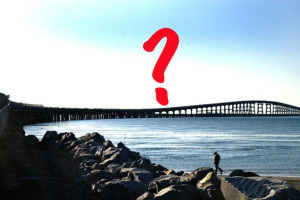 In a complex and confusing ruling, the US 4th Court of Appeals held NCDOT had fulfilled all the legal requirements of their Environmental Impact Statement but had failed to adequately address the question of whether a road was even permitted in Pea Island National Wildlife Refuge. NCDOT and the Southern Environmental Law Center are currently in negotiations hoping to avoid another round of court cases.

Originally scheduled to move forward in the spring, the harsh winter of 2013-14 slowed construction on a warehouse and offices that is the first part of a project two part project Elan Vacations has planned in Powells Point. As we go to press, the office and warehouse has been completed. Plans call for the second phase, affordable housing for Outer Banks workers, to begin in the spring of 2015. 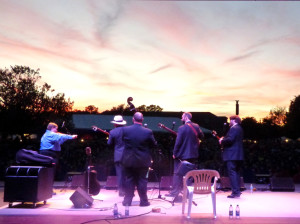 Twenty-Five years of the Dare County Arts Council’s Artrageous was celebrated September 27, and what a grand celebration it was. The weather was perfect, kids and their parents were everywhere, there was face painting, music, dancing and a great celebration of how creativity captures the imaginations of children.

Corey Hemilright’s simple idea of a gathering of bluegrass musicians just keeps getting better and better. The 3rd Annual Outer Banks Bluegrass Festival had more musicians, great fireworks and perfect weather. Headliners for the last weekend in September included Rhonda Vincent and the Flame and Ricky Skaggs and Kentucky Thunder. 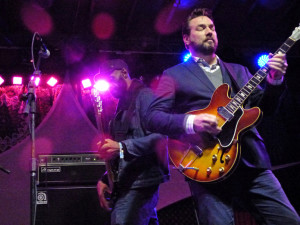 Mike Dianna’s Mustang Music Festival has become a mainstay of the fall entertainment scene, and the 4th Annual moved to the grounds of the Whalehead Club.

A much needed change of venue, the original site—the Porch of Mike Dianna’s Grill Room and a tent in the parking lot—couldn’t hold the crowds that came to the 2014 event.

A pretty strong front came rumbling through on Saturday, but the disruption was temporary.

With a price tag of $38 million the Sanderling Resort in Duck was sold to Carey Watermark Investors. Although there is a change in ownership at the resort, the existing management team was retained. 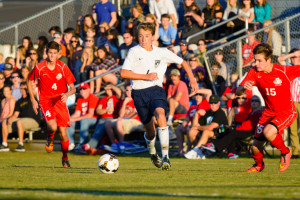 FFHS soccer team, enroute to an historic year. Defeated in the finals for the second year in a row. Photo, Nighthawk News.

Republican Majority on Dare County Board of Commissioners

In a rare occurrence—the second time in a century—a Republican majority sits on the Dare County Board of Commissioners. After the dust settled following the November 4 elections, Republicans held a 5-2 majority.

FFHS Soccer Fall in Finals 2nd Year in a Row

That the First Flight High School Soccer team is a powerhouse is clear. What they cannot seem to do is win the state championship. For the second year in a row, the team was undefeated until the final game of the season—a heartbreaking loss in the state finals. This year the Nighthawks lost 2-0 to Newton-Conover. 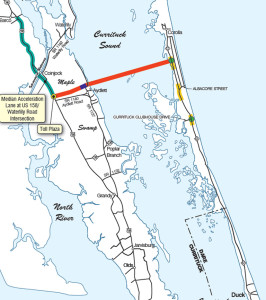 Plans for the Mid Currituck Bridge may be back on track.

Tacked on to a defense appropriations bill, the US Congress passed a provision calling for the National Park Service to revamp many of the methods they are using to determine beach closures in Cape Hatteras National Seashore.

Critics of the NPS have long held that the 1000 meter buffer zones around piping plover nesting sites are excessive and have no scientific studies to back up that extensive of a closure. There are other provisions as well, that should allow more access to Cape Hatteras Beaches.

The Park Service has six months to implement the law.

Mid Currituck Bridge Back on Track?

Announced by State Senator Bill Cook’s office, the Mid Currituck Bridge is once again part of the states Transportation Improvement Plans. Construction is scheduled to begin in 2019 with a 2024 completion date.

There are some questions about how the bridge will be funded as well as a second round of evaluations the project will have to undergo in 2016.