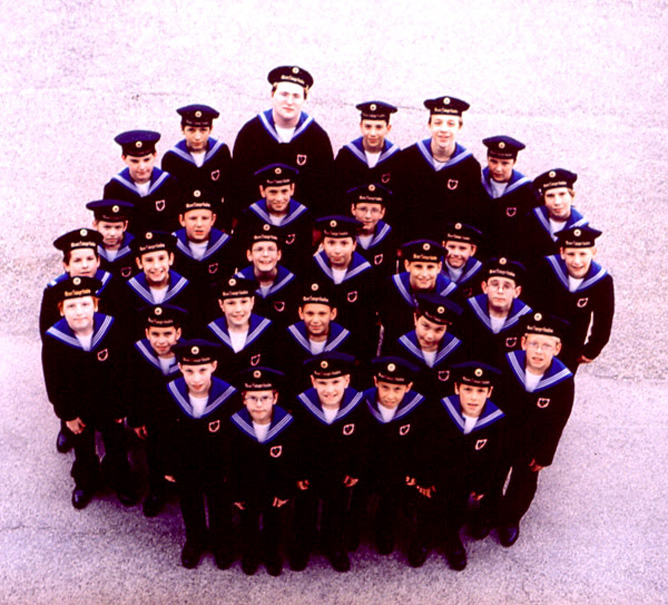 Be mesmerized by the Vienna Boys Choir, one of the world’s most beloved choirs, has been thrilling audiences for more than 500 years. On Saturday, March 2nd they will star in the fifth performance of the 2013 Outer Banks Forum Performing Arts Series.

“Experience an evening of a lifetime with these young singers, ages 10 to 14, from Austria,” said Eddie Cooke, president of the Outer Banks Forum for the Performing Arts. “The choirs’ repertoire includes everything from medieval to contemporary and experimental music and they have a long tradition of commissioning new works.”

Boys have been singing at the court of the Holy Roman Emperor since 1498 when Emperor Maximilian I moved his court and court musicians to Vienna. He gave instructions there were to be six singing boys among his musicians – the founding of the Vienna Hofmusikkapelle and in consequence the Vienna Boys Choir. Until 1918, the choir sang exclusively for the imperial court, at mass, at private concerts and functions, and on state occasions.

In 1918, after the Habsburg Empire collapse, the Austrian government took over the court opera, its orchestra and the adult singers. The boys’ choir was established as a private institution. The former court choir boys became the Wiener Sängerknaben (Vienna Boys Choir), the imperial uniform was replaced by the sailor suit, then the height of boys’ fashion. Funding was not enough to pay for the boys’ upkeep, and in 1926 the choir started to give concerts outside of the chapel, performing motets, secular works, and—at the boys’ request–children’s operas.

Today there are around 100 choristers who give about 300 concerts and performances each year in front of almost half a million people. Each group spends nine to eleven weeks of the school year on tour.

Together with members of the Vienna Philharmonic Orchestra and the Vienna State Opera Chorus, the Vienna Boys Choir maintains the tradition of the imperial musicians: as Hofmusikkapelle they provide the music for the Sunday Mass in Vienna’s Imperial Chapel, as they have done since 1498.

The Vienna Boys Choir performs major choral and symphonic works, sometimes as part of the Hofmusikkapelle, sometimes with other orchestras and men’s choirs. They are regularly asked to supply soloists for large choral and orchestral works. In recent years, they have performed with an array of famous orchestras and had numerous guest conductors.

The choir also takes part in opera performances at the Vienna State Opera, the Vienna Volksoper, and the Salzburg Festival. Children’s operas are an important part of the repertoire. The boys love to act and the choir started performing operas in the 1920s, successfully producing a number of new ones.

Since the 1920s, the choir has collected music from around the world, with one of its goals to introduce the boys to as many different styles as possible. The choir has commissioned a number of projects and contributed to many motion pictures soundtracks in the USA, Japan and Europe. Several films have been made about the choir.

Gerald Wirth, the choir’s artistic director since 2001, received his first musical training as a member of the choir and at the Bruckner Konservatorium in Linz, Austria, where he studied voice, oboe and piano. He has conducted choirs and orchestras in many countries, played and sung himself in a number of ensembles and written three children’s operas, a Mass, motets and countless arrangements for choirs. His works are performed internationally.

The Vienna Boys Choir performance is sponsored by Southern Shores Realty, Southern Bean Coffee House and Outer Beaches Realty.  If you are interested in being placed on the waiting list for tickets, e-email outerbanksforum@gmail.com or call Kim Prince at 757-613-6426. Tickets at the door are $25 an adult and $12 per student. All programs will be held at the First Flight High School in Kill Devil Hills. Performance begins at 7:30 p.m.

The Outer Banks Forum for the Performing Arts is a non-profit organization that brings an annual series of seven outstanding diverse concerts to the area and provides opportunities for youth to participate in the arts.  All of the performances are partially underwritten by community businesses