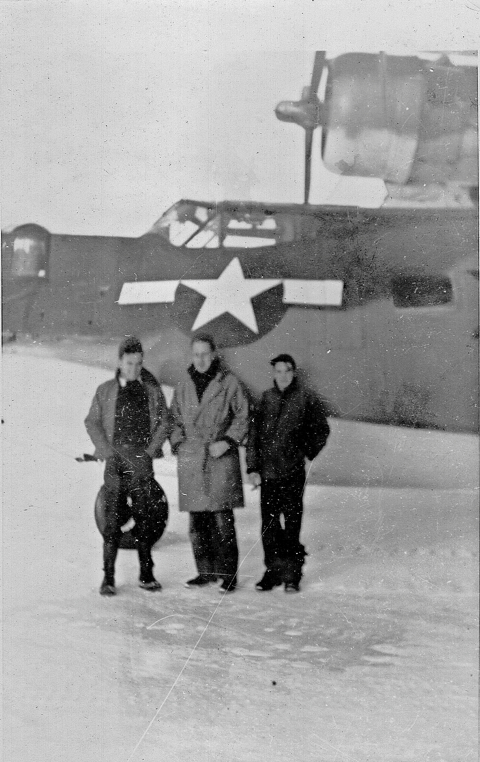 Leon Tabb (Left) with two Navy buddies on Attu, the western most of the Aleutian Islands.

My father, who passed away last year, was a veteran of WWII. He served in the Navy, was stationed in the Aleutians where he loaded ordinance onto PBYs for a daily bombing run they made to the northern Japanese Islands.

He wasn’t in active combat, and to hear him describe life on Attu Island, it was as much an adventure as military service—although the daily ritual of loading 500 lb. bombs into a plane while standing in water from the Bering Sea up to his knees doesn’t seem like the kind of adventure most of us would want.

I knew that he was proud of his service, that he looked back on it as something that helped him become the remarkable man that he was, but until my stepson graduated from Coast Guard basic training in 2008 I did not fully understand the pride and passion he felt for his service.

As the names of the graduating class were called out, he and every other veteran in the audience that day stood at attention and saluted. To see my father, 80 years old, standing at attention holding a perfect Navy salute brought home to me what it truly meant to him.

It was not an adventure. It was what he did because his nation called to him..

It is just one day—Veteran’s Day—that we have set aside to remember what we should recall at all times, but that doesn’t lessen the significance of it or the need to remember that our military truly is made up of our neighbors, sons, daughters and parents.

I did not serve in the military, but I have found that does not change my gratitude to those who have, and to those people there is a profound sense of thankfulness for knowing this is how you answered your nation’s call.

Here are my thank you’s to the people in my life who have served or are serving: Joseph Perry, USCG and his sister Amy Cooper (USCG); Clay Baum, USAF (Retired); Dick Mann USAF (Retired), and others too numerous to name.

There is no ceremony to this. A simple handshake and a thank you is all it takes.