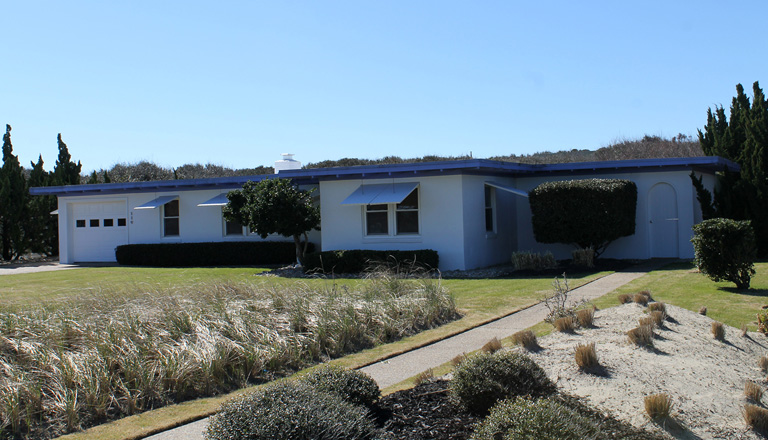 The historic Southern Shores flattop is alive and well. Relaxing in a flattop cottage, the propped up wooden shutters speak of a bygone era, but the marvelous sight and scent of the tongue and groove juniper paneling throughout the interior, evokes the peace and comfort that come with owning a piece of history by the sea.

Kudos to Jeff Scott of Scott Team Realty who recently wrote of these gems in the Winter 2012 Real Estate edition of the North Beach Sun (Page R18, Winter 2012) People are realizing the historic, cultural, and just plain remember-the-old-days-at-the-beach importance of the flat top.

Even as late as 1980, a considerable number of the cottages on Ocean Boulevard were flat tops. Their number dwindled over the years, but not as drastically as many would think–most of the demolition began about 1980 and continued until 1990. An informal count, with no claim for accuracy, done in 1987 showed 48 flat tops in Southern Shores, including the dunes and Skyline Road. Another informal count in 2010 showed 36 or so remaining, so things are not quite so bad. Most of the remaining ones have been sustained or remodeled. 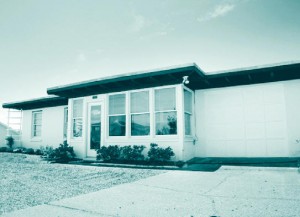 Many will recall when the SS Realty office was on the Croatan Highway, in the building where its maintenance facility is now located. It the mid 1980’s they moved to Ocean Bvld. A flat top–maybe it was frame–was moved from the oceanfront across the street to form the foundation-shell for the new office. Classy.

The current wave of interest in preserving the flat top is most pleasurable to witness. With the donation of 13 Skyline Road to the Outer Banks Community Foundation, a new chapter in the history of the flat top cottage has begun.

There will be a Historic Southern Shores Flat Top House Tour on Saturday, April 20 from 1-4 PM. The headquarters will be at 156 Porpoise Run. All donations will go to the Flat Top Preservation Fund. For information on this house tour, or the preservation fund, or the Outer Banks Community Foundation please contact the foundation at 13 Skyline Road, Southern Shores, N.C. 27949. Phone 252-261-8839. info@obcf.org. Website: www.obcf.org.

Steve Gudas lives in Ashland, Virginia and has been vacationing at the banks since the 1970’s. He is a proud owner of a vintage flat top cottage in the dunes of Southern Shores