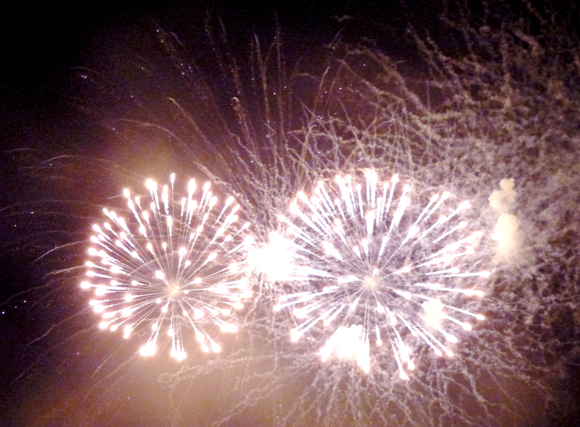 There is something special about witnessing Independence Day fireworks at the edge of this continent. With the darkness of the sea as a backdrop, it as though the explosions that light the sky are a beacon against a vast unknown; a beckoning light that fills the sky with hope and sustenance.

The image of this country as a symbol of hope is a consistent theme throughout our history, and it is a consistent theme because it is, in fact, who and what we are. If imitation is the highest form of flattery, then surely as a people we should be flattered because almost every nation state in the world uses the principles of government that were established in our Constitution. That doesn’t mean every country abides by what is in their bylaws, but it speaks clearly that the United States is seen as an example of what can be, of what is possible.

Nor does it mean that we are perfect, either as a people or as a nation. That would be hubris of an extraordinary degree. But it is not hubris to believe that for all of our imperfections we get much more right than we get wrong. It is not hubris to believe that when the oppressed of other lands dream of freedom for themselves and their children, they know these words: “We hold these truths to be self-evident, that all men are created equal, that they are endowed by their Creator with certain unalienable Rights, that among these are Life, Liberty and the pursuit of Happiness . . .”

It is a powerful message, and it is at the very core of who we are as a people. For those who were raised here, for those who have become citizens, what we consider the most basic freedoms—freedom of expression, freedom to assemble, freedom of religion, freedom from unreasonable search and seizure—they are to us a birthright.

They are described at times as God-given rights; yet they are not. God may have inspired us, but this “government of the people, by the people, for the people. . .” which we have created, has endured because as a nation and citizens we have determined that it is who we wish to be.