The Road Formerly Known as the Bypass 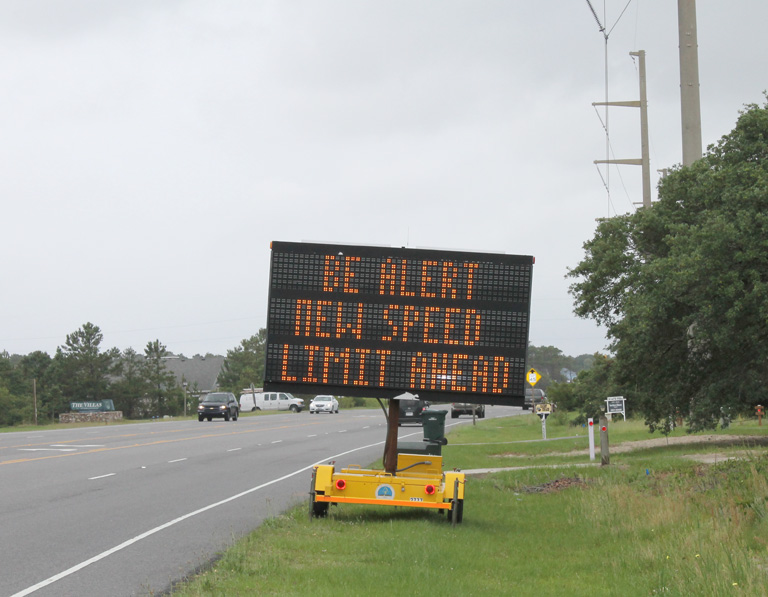 The 45mph speed limit signs have gone up on the Bypass from the main business district on the south side of Kill Devil Hills to just past Nags Head Elementary School. Which creates the question, “Is it faster to travel on a 4-lane highway at 45mph with a lot of lights or a 35 mph 2-lane highway with almost none?”

Begging the question, of course—is it still the Bypass?

Maybe not . . . probably not. Personally I think we should just change the name to “The Road Formerly Known as the Bypass.” It would certainly be more descriptive and it would give us an extraordinary marketing opportunity.

We could have a renaming ceremony. Set up a reviewing stand and have local marching bands parade 10 abreast before Outer Banks business and political leaders. Politicians could pontificate for hours on end about how dynamic and powerful the Outer Banks growing economy is. They could go on an on and on and on about what a wonderful place this is to live . . . and just when everyone thinks they can’t stand it any more, the headliner comes out.

That’s right! The only entertainer who could possibly do justice to a ceremony of this magnitude would be The Artist Formerly Known as Prince. I realize he may think this is just some marketing gimmick of a local tourist bureau, but I read somewhere that he’s thinking of making a comeback and what could be a better venue than an Outer Banks renaming ceremony.

Renaming roads, towns, even countries is not new. But where the Outer Banks can teach the world a lesson is how to take full advantage of the situation.

Editor’s note: Before some bloviating (thank you, George Will) fact checker writes in to lecture me on the correct name of the Bypass and the Beach Road, I will state for the record that their official names are the Croatan Highway and Virginia Dare Trail respectively. I would also like to remind the readers who feel compelled to take me seriously that this is a work of satire and I will therefore not allow the facts to get in the way of a good story.