The Gym-New Owners in Kitty Hawk 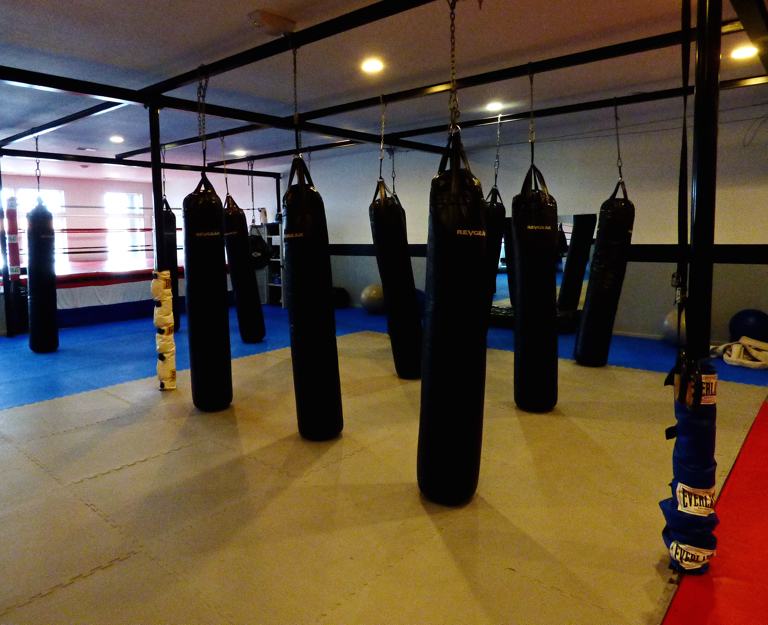 Ready for a workout at the Gym.

There has been a gym sandwiched between Island Books and Zen Pops in Kitty Hawk for the past eight years, but a new name—the Gym—and new owners with some new ideas is breathing new life into the site.

“The vision is to have a high energy upbeat professional fitness facility for the community,” co-owner Todd Parks says.

“Family friendly,” Matt Costa, another of the owners, says.

“We’re trying to become a more approachable fitness gym for all ages,” BJ McAvoy, the third member of the ownership team, notes.

There are some things that are going to remain the same at the Gym; for the past six years it has been the home of the Matt Costa’s Outer Banks Boot Camps, and it will continue to be its home. The kick boxing that was so much a part of the facility when it first opened will also to be an important part of what is offered.

“We’re not moving away from martial arts,” McAvoy says. “Our fitness kick boxing is probably what we’re centering this around.”

They do, however, want to reach more children and their families. There are already things for kids to do as part of the schedule of events, according to Costa. “We offer martial arts and we have a youth summer camp. It’s conducted outdoors on the beach. It’s fun games and fitness for kids 12 and under.”

There are some innovative ideas the three new owners have about how to reach out to the community. An ongoing concern for kids and parents is bullying and the Gym offers a different approach to help youngsters gain the self-confidence needed to deal with the issue.

“We offer the self-defense aspects of martial arts to bully proof your child,” Costa says. “We have two young kids who we have sponsored that were have had bullying problems. To provide them a healthy and safe environment to address those issues.”

An important part of the what the Gym is offering is their martial arts classes and how they are structured. “Without having to go through a formal program,” McAvoy says. “We have a Muay Thai and Brazilian jujitsu program . . . but for the person who does not want to commit to such a discipline,you can also come in here and learn the basics of self-defense. Or come in here and use it for fitness in general.”

As new owners there has been a realization that the Gym has to do some things differently than other fitness centers on the Outer Banks. One of the areas that is a little different is how the classes are structured. “We have a fair number of classes compared to other fitness clubs on the beach,” McAvoy says.

“It’s an open club format,” Parks says. “From beginner to advance athlete. Walk in the door and it (the class) meets the individual’s needs.”

A characteristic that does seem to differentiate the owners from other fitness centers is their involvement in everyday Outer Banks life. All are parents of young children. Matt Costa is the race director for Runcations and is the founder of Outer Banks Bootcamp. McAvoy has been a youth soccer and basketball coach for years, coaching basketball and soccer in Dare County Parks and Rec. Before that he coached kids at the Y. “I won the Youth Award there at the YMCA for coaching,” he says.

The involvement in community and wanting to be a part of Outer Banks life seems to come through in a philosophy of how they want their business to be seen.

“We want to be open doors to all people,” McAvoy says. “We want to be the gym of the community. You can’t be everything to everyone but we can be open arms to everybody.”

“We care more about the outcome than the income,” Parks adds.

For more information about the Gym call them at 252-255-0609 or online at fitnessouterbanks.com.