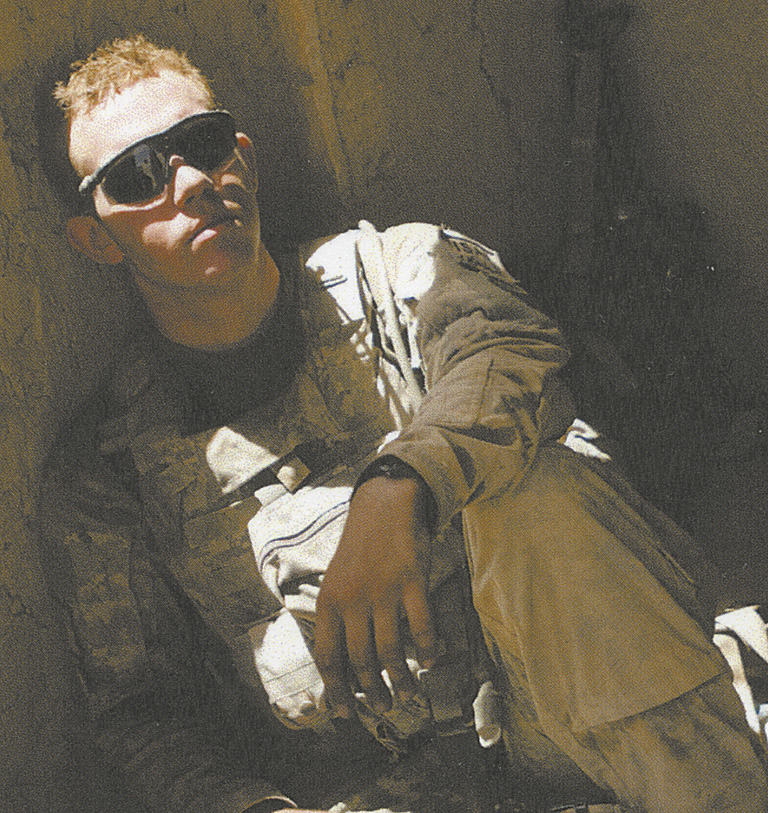 Elijah Burge grew up on the Outer Banks and was changed forever by Afghanistan. His book, “The Dab” is a chilling story of the reality that he witnessed.

Elisha Burge grew up in Kitty Hawk. He was a good kid. I knew him probably from the time he was about eight, although I can’t say I knew him well. I do know he always wanted to join the Army, and that’s what he did.

He was sent to Afghanistan and he entered a world for which no amount of training could prepare him. When he returned, the good kid was a damaged man—emotionally damaged.

The Dab is not written with the polish of a professional writer, and that is what makes it so chilling. It is one soldier’s very personal story of a journey into a world where it is assumed that your death and the death of your friends will be violent and horrific. “I did spend a good majority of the death march contemplating what it was going to be like to die . . .” Burge writes about the end of a mission.

He did make it back—a different man—a young man with much older eyes. “I was twenty-one and I felt like a thirty-eight years old,” he writes at the end of the book.

The healing process is different for everyone, and for Elisha writing The Dab, was an important step in recovery. “The process of writing the book  . . . came out of my journal, and I wrote it as if telling the stories in person . . .” Elisha wrote to me when I asked about the book. “I’m hoping it will give soldiers something to read and feel like they’re not the only ones, that families will be able to understand the mindset that war puts us into, and for people who simply don’t understand the war.”