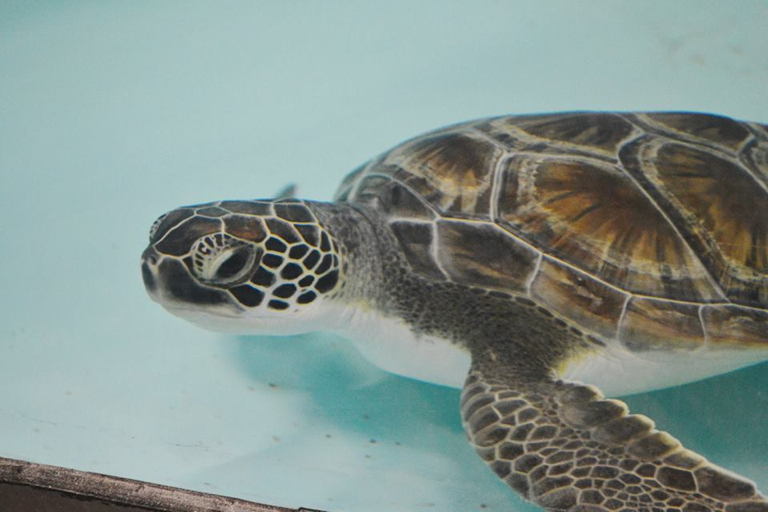 Sea turtles up and down the coast of the Outer Banks can thank their lucky STARs.

A groundbreaking ceremony for the Sea Turtle Assistance and Rehabilitation (STAR) Center at the North Carolina Aquarium on Roanoke Island took place in June of 2013. On Saturday, May 24 the 3000-square-foot facility will open to the public as a facility to nurture sick and injured sea turtles along the coast of the Outer Banks back to health.

“It took two things to (make this center happen): money and community support,” says Maylon White, director of the North Carolina Aquarium at Roanoke Island. “We were able to get the money from our admissions fund, a fund generated by the ticket sales at the aquarium. The community support was largely through our partnership with volunteers at NEST (Network for Endangered Sea Turtles), a group we’ve been working with for some time now.”

Working with NEST, the Center will showcase what goes on behind the scenes during sea turtle rehabilitation. There will be an area for people to walk in and be able to see the rehabilitation process for each turtle—though they will be separated from the turtles.

“What we would like to do is let people know that the partnership is working to cover a lot of coastline in North Carolina. There’s no other means to help these animals and we have taken the organized, cooperative efforts among these agencies and volunteers and focused them here at our aquarium,” White says. “We want people to learn that the animals need help, that we’re providing help, and that there’s things that they can do, the public can do, to help, as well.”

“It’s really awesome that the aquarium now has this facility to help the sea turtles and the fact that it is set up as an educational opportunity for the public makes it even better,” Cosgrove says. “It’s extremely important that both locals and visitors have a chance to learn about such an important part of our ecosystem here.”

The STAR Center is the first of a series of major improvements planned for the Roanoke Island facility. The aquarium building will begin renovations this fall. Improvements include a remodeling of the gatehouse to improve the current ticketing system, introducing an augmented reality setup in the lobby, redoing two main animal galleries and upgrading the current theater. With high hopes for the facility and the new planned renovations, White looks forward to the future.

“We would invite everyone who is visiting or even residents who haven’t been in a while to come and see what we’re doing, and our plans for the near future,” White says. “Hopefully they’ll be supportive and help us achieve this goal.”

[box type=”bio”] How to Help Those interested in helping can do so in several ways. They can be aware of sea turtle nesting season and help protect the nests by reporting them. Additionally, everyone can donate to the aquarium or NEST to increase help efforts. To report an injured sea turtle or a sea turtle nest, contact NEST on the 24-hour hotline at 252-441-8622.[/box]