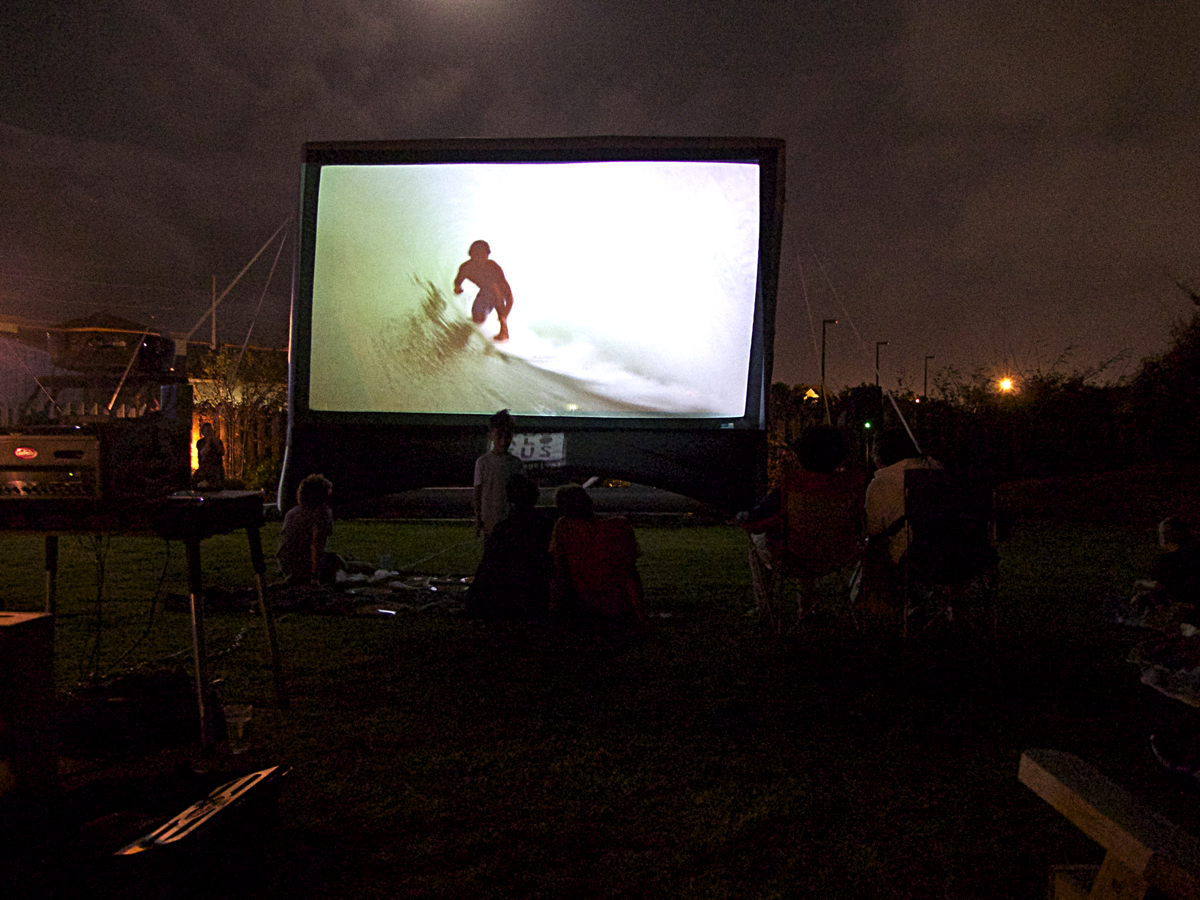 Movies under the night sky at the Brewing Station. On screen-Psychic Migrations.

Years ago there was this phenomena called Drive-in Movies, a place where families, dates and carloads of kids would go to sit in their parked cars and watch a movie projected on a huge screen. If the sound quality wasn’t all that good from the speaker that clipped into the car window, and an occasional mosquito got in the car, because it was summer and your car windows had to be open…well, that was a small price to pay for watching a movie under the night sky.

Thank you Dare County Arts Council and Outer Banks Brewing Station for bringing the outdoor movie tradition back for the opening night of the Surfalorus Film Festival.

We didn’t park our cars on the lawn under the Brewing Station’s wind turbine, but it was an outdoor movie experience and it was wonderful.

It also help that the Surfalorus films are truly worth watching.

The movies tonight will not be outdoors—the festival moves to the DCAC Gallery in Manteo with movie shorts beginning at 7:00 p.m.

The feature film is It Ain’t Pretty, a look at women big wave rides in the San Francisco Bay area and the challenges they face. The trailer to that movie was outstanding so hopefully the film will live up to expectations.

The movie shorts that are part of Surfalorus may be the high notes of the festival. Although the feature last night, Psychic Migrations, was beautifully photographed with a great soundtrack, for me, the Malloy Brothers really stood out.

The story of three brothers and their love for the outdoors and how that love is a legacy from their father. The movie goes on to explore how the brothers are now passing on that legacy to their children.

Next outdoor showing will be tomorrow night at the Brewing Station—weather permitting, of course. We should mention though that there are two feature films being show tomorrow, Saturday, at 4:00 p.m. at the Nags Head Front Porch Cafe. Think of it as a late afternoon matinee.

All movies are free.