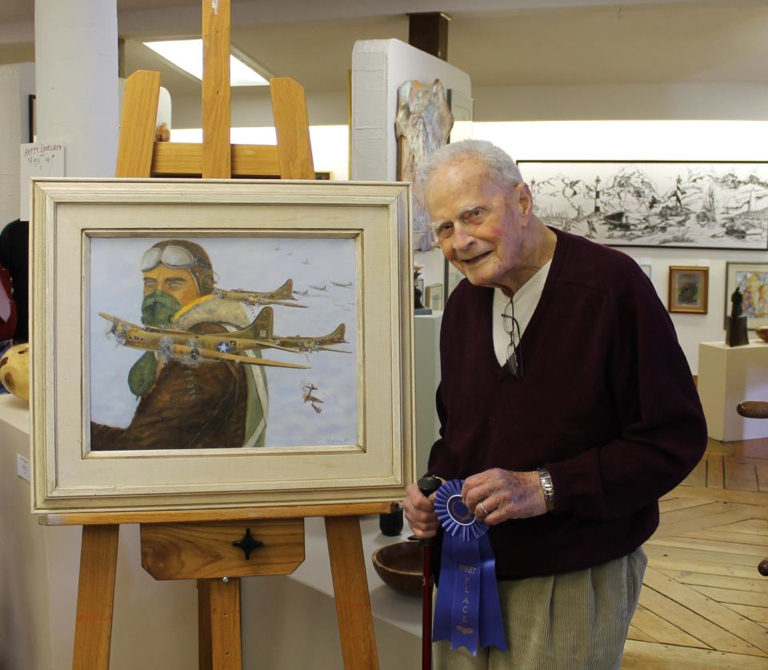 I just got the news that Don Bryan died.

We can console ourselves that the process of life includes this inevitable passage, that this was a man who lived his life to the fullest, a man of extraordinary accomplishment who seemed to have few if any regrets about his time with us.

There are so many ways that we can console ourselves at the loss of someone who we have come to respect and admire, yet nothing can replace the hollow feeling of loss the news brings . . . that somehow someone of exceptional value has been lost.

Don was one of the most complex people I have ever met. A warrior, an artist, a politician, philanthropist, all of it was a part of his personality and he viewed it all with a mixture of pride, humor and humility.

Not that Don Bryan was a humble man, because he was not; rather, what he understood was that what he had accomplished was part of a process that was bigger than him.

He volunteered for service soon after WWII began, joining the Army in the spring of 1942, becoming a machine gunner in a B17, tech sergeant on the flight deck, flew his 25 missions—ditching twice along the way, once in the North Sea—and decided he liked flying so much he would stick with it and become a pilot in the Army Air Corps.

It was a natural progression to the Air Force when it formed in 1947. Don retired in 1973, as a colonel working in the Pentagon.

Along the way, he found a penchant for painting, taking classes in Germany when he was stationed there. His artwork is startling in its realism, use of color and composition and memorable when seen.

He and his wife Catharine moved to the Outer Banks—his dream of being an artist seemingly coming true as his paintings attracted more and more notice. But the colonel in him couldn’t sit still and he became involved in politics—working both regionally and locally. He did admit to me that working to compromise was sometimes harder than being a colonel, but he thrived in the political arena, serving as Mayor of Nags Head from 1978 until the mid 1990s.

There was in him a sense of wonder about the world around him, an almost childlike love of the creative forces that drive us. He and Catherine did not have any children, and he felt it was imperative that he nourish the arts, leave a legacy to that sense of wonder that he felt. It was with that in mind that he formed the Don & Catharine Bryan Cultural Series bringing Pulitzer Prize winning author and historian David McCullough and world-renowned a capella group Chanticleer to the Outer Banks.

And none of this touches what it was like talking to this man, hearing his tales, filled with detail and humor and seeing the quiet pride with which he saw his accomplishments.