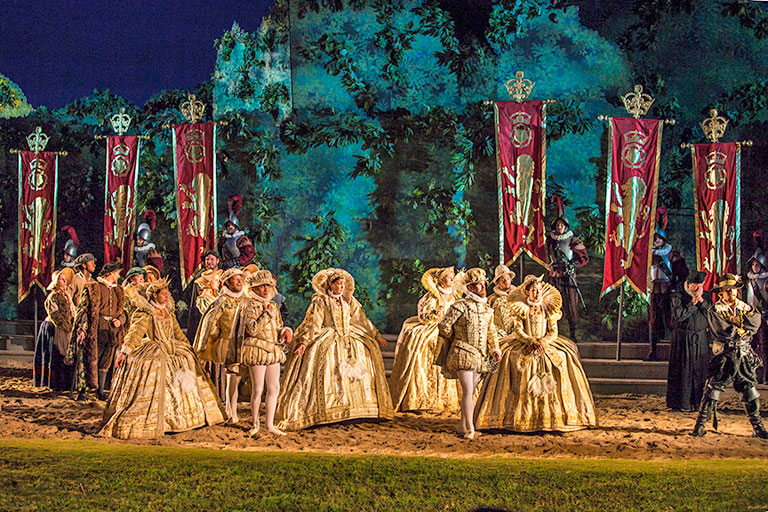 The Queen’s Court at the Lost Colony.

Solve a character murder mystery over a four-course dinner at the Comfort Inn in Kill Devil Hills.

Get together on the lawn of the Whalehead Club to hear The Rhondels, The Craig Woolard Band, Steve Owen & Summertime and The Swinging Medallions. The first band starts at 11 AM.

Spend your Memorial Day at the Shallowbag Shag at Roanoke Island Festival Park dancing to today’s top beach music artists, including The Embers and the Tams.

Local and regional music acts take the stage at the Papawack Theatre at the Koru Village Beach Klub. Southern Culture on the Skids will headline this festival to benefit the Dare County Arts Council.

This fascinating historical drama—the longest running outdoor historical drama in the United States—brings to life the mystery of the first English colonists that happened right here on the Outer Banks.

World class kiteboarders compete for a $40,000 prize purse in this multi-day event in Waves, complete with bands and parties.

Enjoy family-friendly outdoor movies during evenings throughout the summer. See the website for locations and movie line-up.

The Chicamacomico Life-Saving Station offers special programs throughout the summer on everything from a behind-the-scenes look at the Nights in Rodanthe movie to a beach apparatus drill by the U.S. Coast Guard.

Character Dinners at The Lost Colony

Join the cast of The Lost Colony for a meal and photo opportunity before the show.

June 3 – August 27 (Tuesdays or Wednesdays, depending on the store)

Kids will love the free balloon animals, toy and yo-yo demos, and games at Kitty Hawk Kites stores all over the beach.

First Friday of each Month

Celebrate on the streets of downtown Manteo with live music as you browse the boutiques and restaurants. 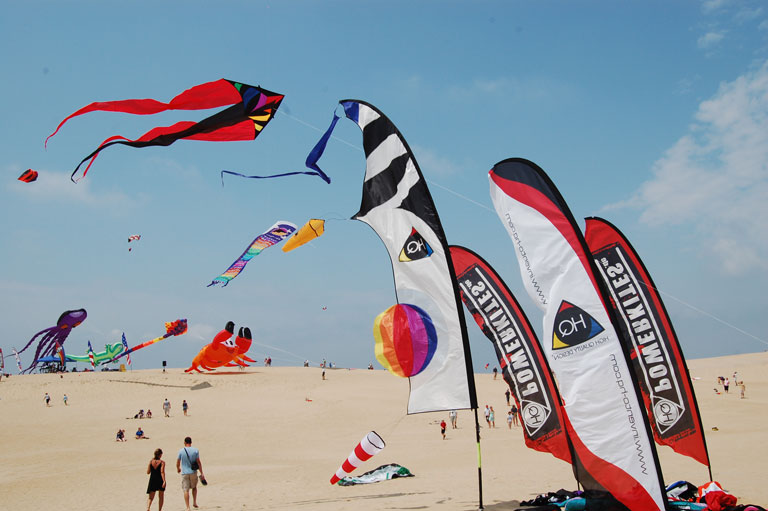 Outer Banks Sporting Events presents this team-oriented race full of obstacles and adventures on the beach by Jennette’s Pier in Nags Head.

Take a musical journey with a Beatles tribute band as they recreate a 1960s live Beatles concert at Waterside Theatre on Roanoke Island.

How I Became a Pirate

Take the kids to this family friendly performance at the Sound Stage Theatre based on the book How I Became a Pirate by Melinda Long.

A Tale of Peter Rabbit

Hansel and Gretel – Presented by Children’s Theater of Charlotte 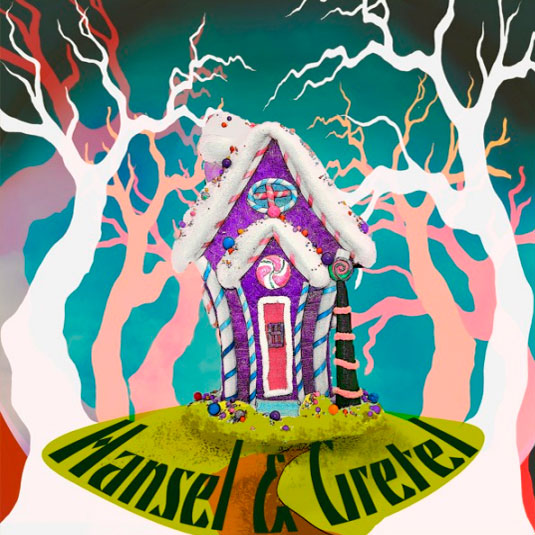 The Children’s Theater of Charlotte gives a new twist to this classic fairytale, bringing together a family on the verge of divorce. Roanoke Island Festival Park, Manteo.

Tea with the Queen

Have tea and dessert with Queen Elizabeth I in the majestic Elizabethan Gardens.

The Lost Colony offers several five-day long camps for children to work with members of The Lost Colony, learn team work and create a performance.

Kids will love these weekly family-friendly shows at the Duck Amphitheater.

Grammy-winning artist Bruce Hornsby with his band The Noisemakers, along with the Pat McGee Band and ChessBoxer, will perform under the stars at Roanoke Island Festival Park.

Concert in the Park

Enjoy an early evening live concert every Thursday at the Duck Town Green.

Browse the pottery, glassware and crafts made by North Carolina artisans while enjoying the music of the Red Clay Ramblers and Molasses Creek at the Waterside Theatre, at the Lost Colony. 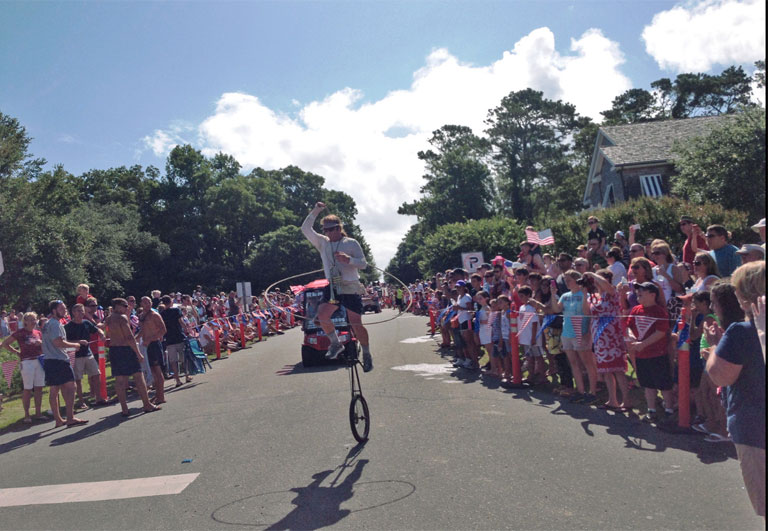 Cheer on this festive parade in downtown Duck.

Celebrate the 4th of July as they would have in the 1850s on the Island Farm.

The Concert Band will perform patriotic songs at 8:00 p.m. at Roanoke Island Festival Park followed by fireworks at 9:30 p.m. 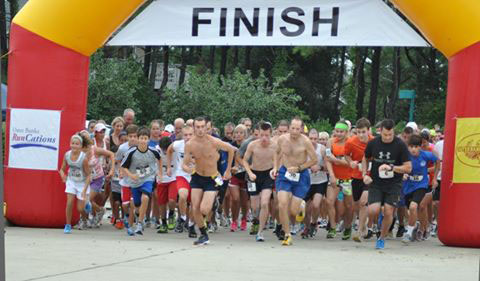 Start for the Runcations Lighthouse 5K.

Vacationing runners will enjoy this fun 5K series through the Historic Village of Corolla Light.

Vacationing runners will enjoy this fun 5K series through the Village of Nags Head.

Live, Cracker and Formula take the stage at Roanoke Island Festival Park for an evening of mega hits that defined the 90s.

These Rock And Roll Hall of Famers with over ten Top Forty hits will perform at the Waterside Theatre at the Lost Colony.

Current University of Virginia men and women soccer players will be on hand as coaches to assist and develop soccer skills during this day camp. Rec Park, Kill Devil Hills. 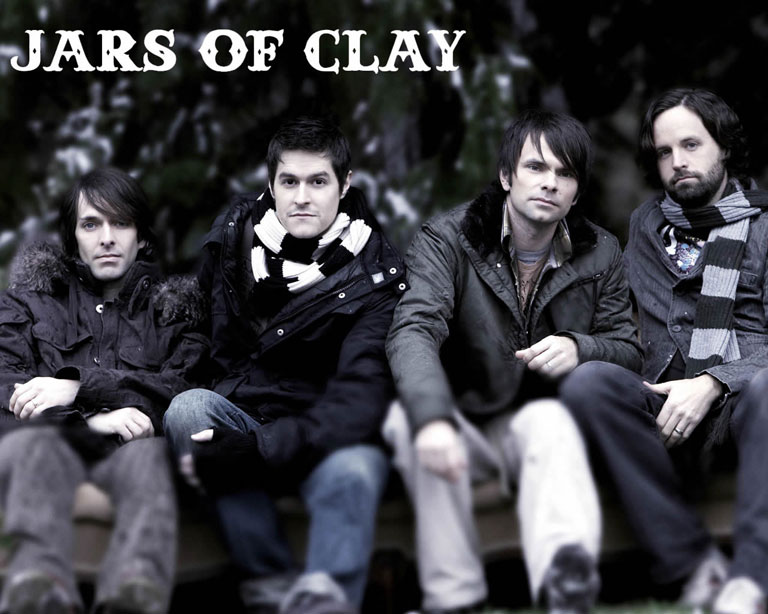 Jars of Clay coming to Waterside Theatre for their 20th Anniversary Tour.

Join the band Jars of Clay for their 20th Anniversary Tour at the Roanoke Island Festival Park, Manteo.

There’s plenty for the kids to do at this summery event at the Kitty Hawk Kites store in Nags Head, including a bounce house, dunk tank, watermelon seed spitting contests and more.

80 artists from all over the east coast participate in this juried outdoor art show in downtown Manteo.

Learn about pirate history, list to their stories and watch reenactments during this fun festival at the Kitty Hawk Kites store in Nags Head. 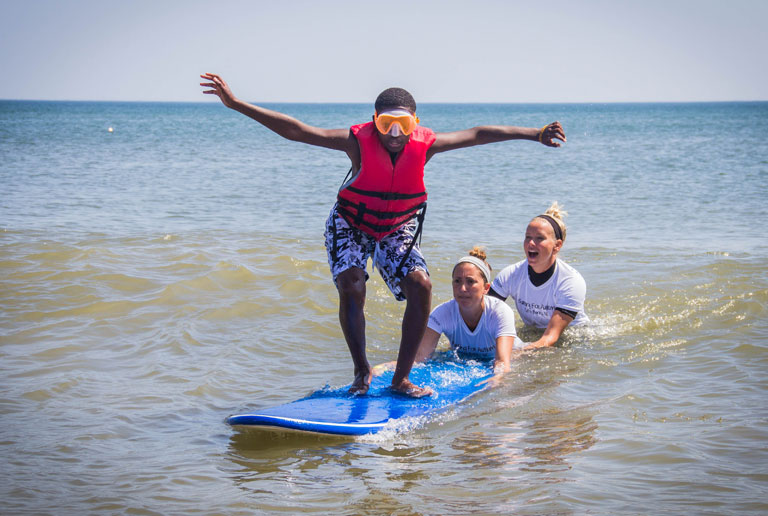 Surfing for Autism coming to the Outer Banks August 23.

This celebration of Virginia Dare’s birthday at The Lost Colony is fun for the whole family with field games, face painting, snow cones and more.

This autism awareness event at Jennette’s Pier in Nags Head partners two surfers and a therapist or teacher with an autistic child.