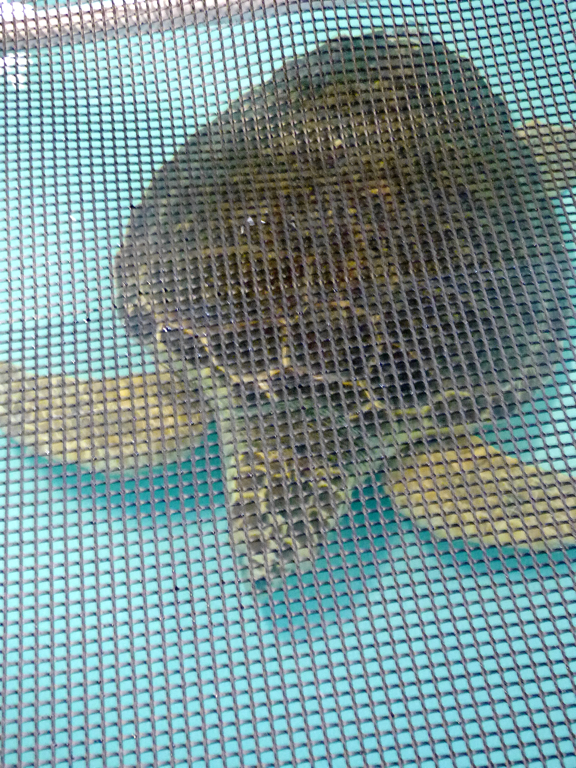 Injured loggerhead swimming in one of the sea turtle rehab tanks. The screen over the tank is to keep debris from visitors from falling in the tank. Photo, Kip Tabb

A STAR is now part of the North Carolina Aquarium on Roanoke Island.

In a noon ceremony on Friday, the Sea Turtle Assistance and Rehabilitation (STAR) Center was officially opened to the public.

A remarkable facility, the STAR Center gives the public extraordinary access to the process of rehabilitating sick and injured sea turtles. With six rehab tanks for the turtles, and a fully functioning operating room the Center brings the most recent advances in saving sea turtles to the public.

Unlike many animal rehab facilities, the STAR Center is completely open to the public—the tanks are in full view, the operating room, enclosed in glass, allows visitors to watch an operation in progress.

The NC Aquarium Society—owners of the Aquarium— is a semi-autonomous part of the state government falling under the umbrella of the North Carolina Department of the Environment and Natural Resources. A 501c3 non profit, the Society paid for the STAR Center entirely from revenues generated by Aquarium facilities.

In addition to the financial contribution of from the Aquarium Society, the Network for Endangered Sea Turtles (N.E.S.T.) was instrumental in moving the project forward. In addition to logistical support—especially in locating sick and injured sea turtles—N.E.S.T. volunteers and the organization helped raise funds for some of the more specialized equipment in the Center.

The ribbon cutting, very well-attended with a number of Outer Banks business and political leaders there, came when the N.E.S.T. turtle mascot cut the ribbon at 12:30. 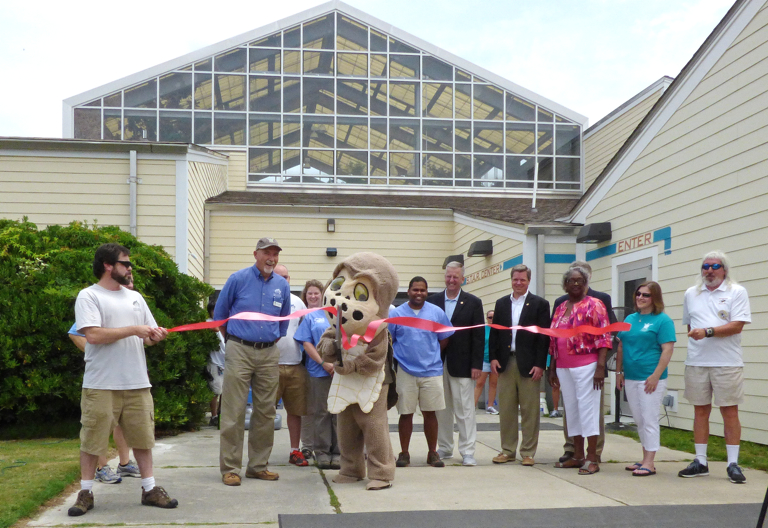 Although there were a number of local dignitaries on hand, the real stars of the day were the turtles in the rehab center.

Loggerheads and green turtles are the most common sea turtle visitors to Outer Banks beaches and there were two green turtles and a loggerhead floating around in the water.

As recently as the previous week, there were a lot more turtles at the facility, but N.E.S.T. and Aquarium personnel released six green turtles a little over a week ago in Frisco.

Although the green turtles and especially the loggerhead in rehab look like good sized turtles, Aquarium personnel indicated the turtles in the tanks were considered immature turtles. Green sea turtles can be up to 400 pounds and loggerheads regularly grow to 450 and more.