Article and photos by Kip Tabb 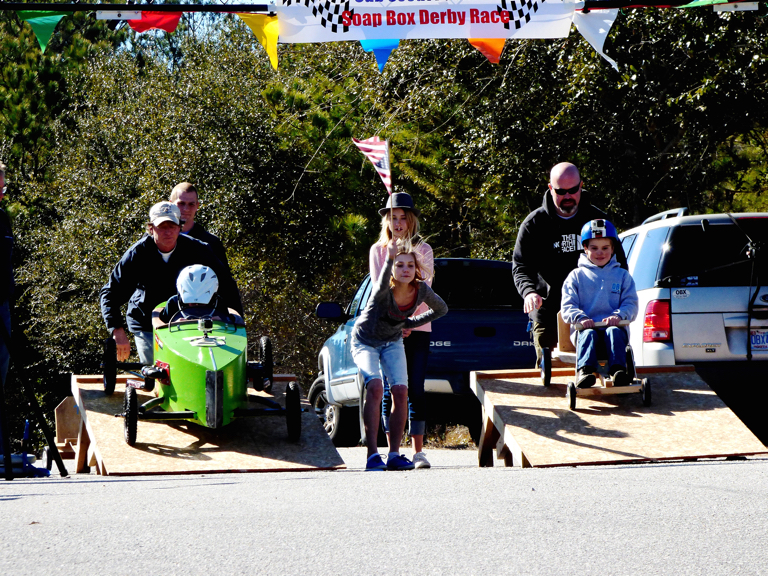 Let the races begin as Gracie drops the starting flag.

Cub Scout Pack 117 held their 2nd Annual Soap Box Derby last Sunday. There may have been a couple of news stories over the past week that were more “newsworthy”, but it would be difficult to imagine a story that said as much about the Outer Banks, community and how much fun being a kid can be than this one about 12 or 15 kids, their families and some curious homeowners along the race route.

First run in 1934 in Akron, OH, the Soap Box Derby had been a part of many Cub Scout troops for years.

Last Sunday was about as perfect an Outer Bank winter day as could be—a breeze from the south, deep blue skies and temperatures reached the mid 60s. The Southern Shores Police Department had closed off the eastbound side of E. Dogwood Trail between Wax Myrtle Trail and Hillcrest Drive.

At the top of the hill was the starting gate, two short wooden ramps with soap box derby cars ready to go, held back by the hand of an aid. Gracie held the flag—there were two Gracies as it turns out starting the boys, both at the starting gate. “Ready, set, go!” she said and dropped the flag.

The cars start slowly, gathering speed as they near the finish line. The cars themselves, a wide variety of designs, running the gamut from wooden seats on four wheels to a sleek, aerodynamic creation complete with a latched door. 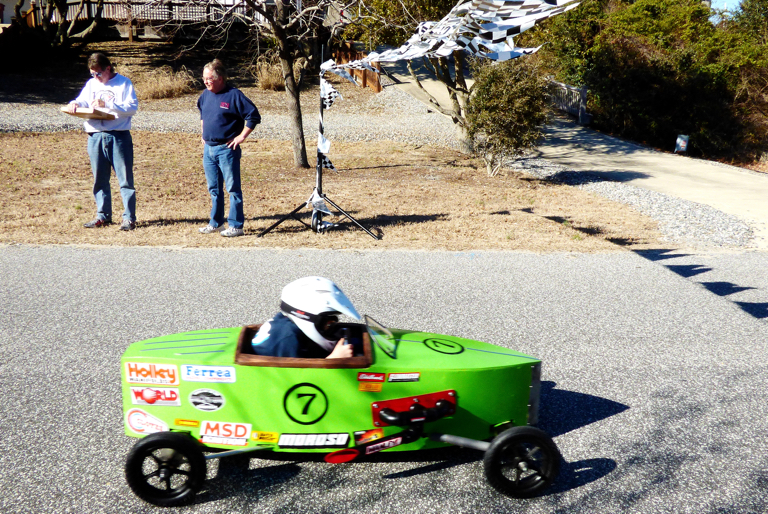 The winner–zooming past the finish line at 19.5 mph.

The more aerodynamic cars are clearly ruling the day, the more primitive designs, sometimes struggling just to get to the finish line. And as they stall 20 or 25’ from the end, invariably pack mates, friends or a brother shows up to push the car along.

It’s a double elimination contest, the competition fierce to the end, but in the last heat it was Green #7 driven by Jojo who took home the first place trophy.

“I felt really, really happy when I won,” he said. He went on to explain that in working with his parents on the design, he came to understand how important wind resistance and aerodynamics were to a winning time. Featuring a small windshield and a a sleek racing helmet, his theories were borne out with a top speed for the day of 19.5 mph as clocked by the SSPD. 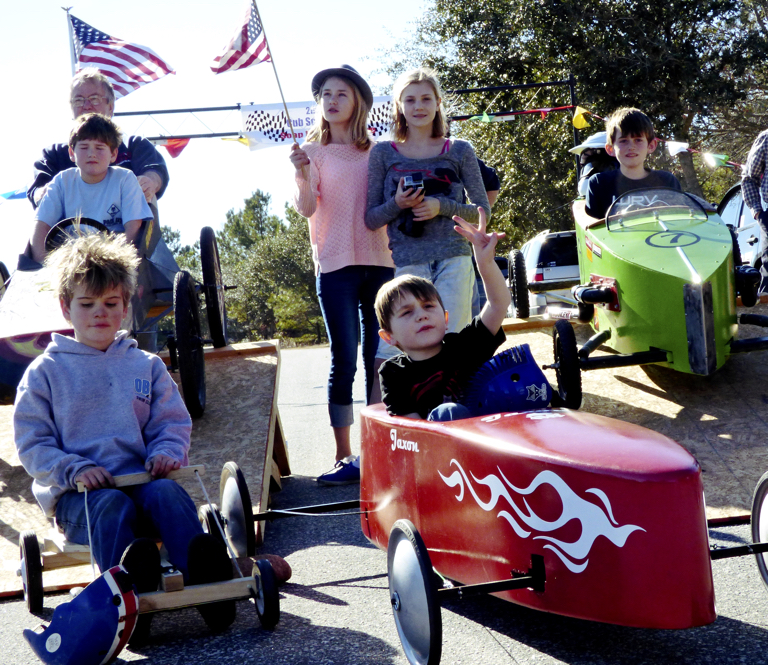