Rockin’ the Cape with Southern Culture on the Skids 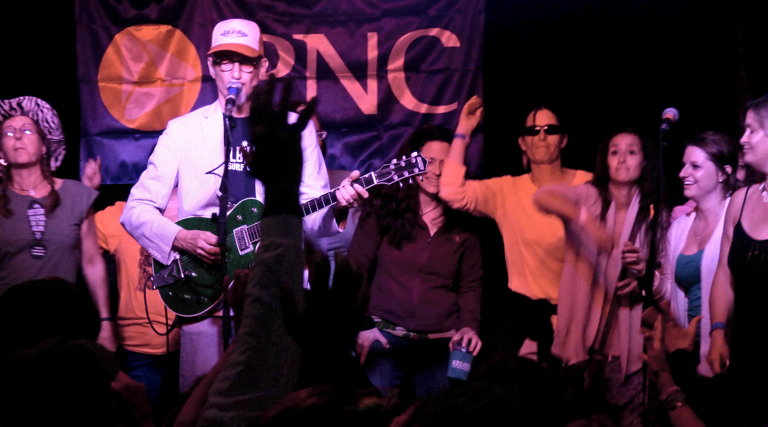 The Second Annual Rock the Cape at Koru Village in Avon set records for attendance and fundraising. but the real story is how much fun the event was.

Featuring great music headlined by Southern Culture on the Skids, live art, a really fun raffle and some lots of giveaways, it would be hard to imagine a better way to celebrate the arts and what they mean to the Outer Banks. The festival is a fundraiser for the Dare County Arts Council with a portion of the proceeds earmarked for the Community Music School giving all kids in Dare County, regardless of means, a chance to learn and experience music for themselves.

The music kicked off with the Outer Banks’ own Eddy and the Rip Tides playing some great classics of the surf sound. They’ve built a loyal following of fans over the past few years by creating a clean precise their sound was—and yesterday was no exception. 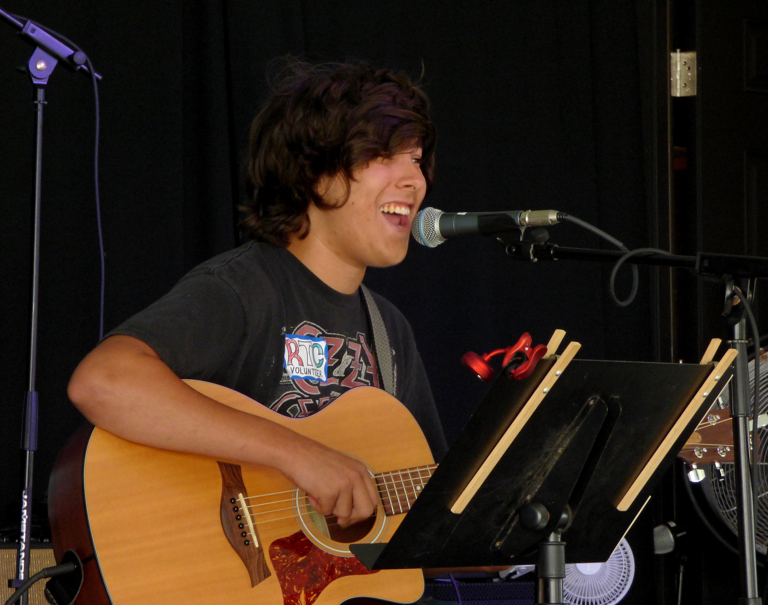 One of the real highlights of the day were there performances of the kids from the Community Music School. Fourth and fifth graders took the stage and performed solo with a confidence that seasoned performers sometimes lack.

The show stopper was a singing and guitar playing performance by Joel Everett, a sophomore from Manteo High School, who showed a range and level of performance that was professional in quality.

After the kids performed, Cashmere Jungle Lords took the stage. Veterans of 30+ years of playing rock and surf music, they had the crowd up and dancing from the pool outside to inside the pavilion.

As the music was playing, on the deck behind the pavilion, local artist Chris Kemp of the Garage Arts Guild, was 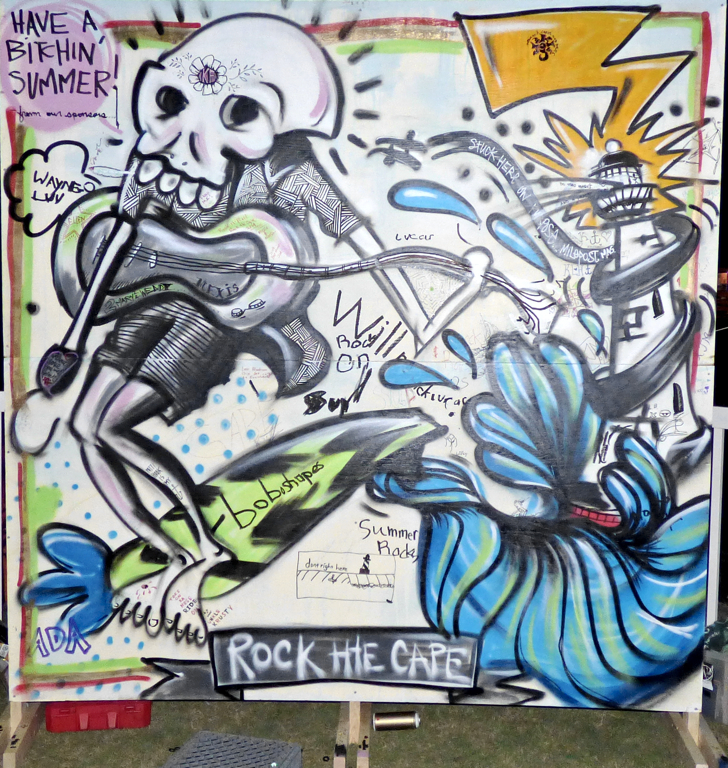 The finished product: Chris Kemp’s Rock the Cape mural, on display at Koru Village through the summer

creating a Rock the Cape mural on wood. As he painted, for $2 anyone could add their signature, hash tag or image. The end result was a great representation of what the day was all about.

Southern Culture on the Skids never disappoints. Combining great musicianship with a lot of humor, it is not possible to remain still when they’re playing—and play they did, coming back for a half hour encore.

There are very few groups out there that seem to truly treasure audience participation with the band, but this is set of musicians that goes out of their way make sure everyone is involved. Involved to the point that they brought the audience up on stage to sing along on 40 Miles to Vegas . . . and what would a S.C.O.T.S. concert be without fried chicken soaring into the audience as they perform Eight Piece Box.

When they wrapped up, it was a salute to a great day on Hatteras Island, and for a great cause.