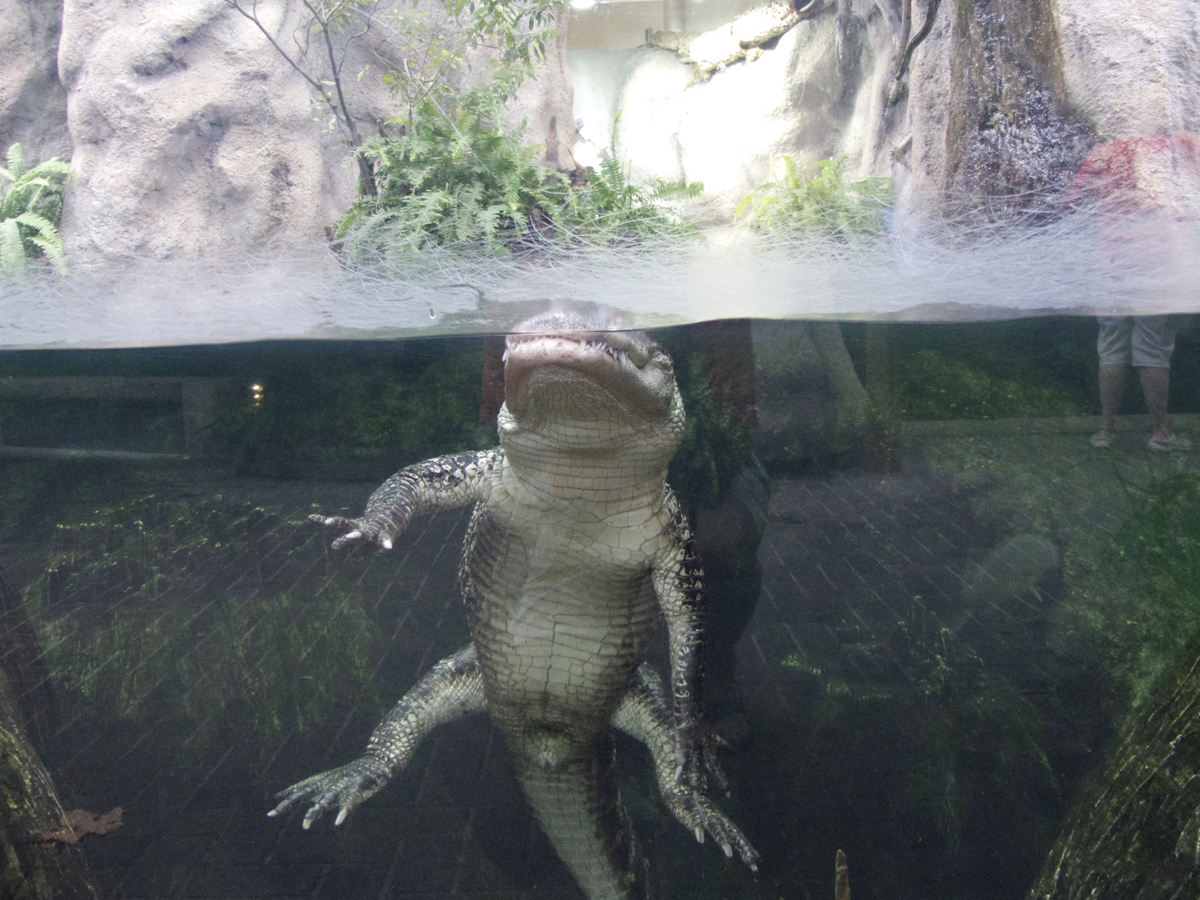 It has been 16 years since the Roanoke Island Aquarium had last been renovated—and the renovations for this year had been delayed a year to comply with new state guidelines for major projects. 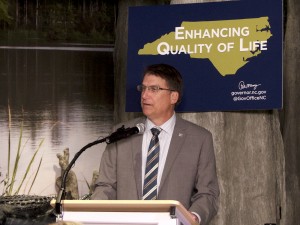 The one year delay seems to have benefitted everyone, with a new look, wonderful use of technology yet retaining the magic of the aquarium.

In his remarks, Governor McCrory pointed to that magic and the effect it has on children.

“When you come here, the first thing you notice are the children . . . to see their eyes when they see the turtles you are reviving and saving,” he said.

He went on to describe why that connection to the natural world is so significant. “To have them understand that life is fragile, especially for wildlife is precious is important. To have them touch and feel and experience nature is going to live them for a lifetime,” he said.

McCrory pointed to the reaction of children to the exhibits as something that effected him personally and would influence his desiccation to return. “It’s that interaction with both adults and kids make us adults feel like kids again which will bring me back time and time again.”

Of the $6.5 million cost for renovations, $5.5 million was provided by the North Carolina Aquarium Society (NCAS), a private nonprofit that works with the state to support the Aquariums, according to local attorney and NCAS board member Charles Evans.

The funds brought a thank you from Secretary of Cultural and Natural Resources Susan Klutz. “We would not have this without that,” she said. 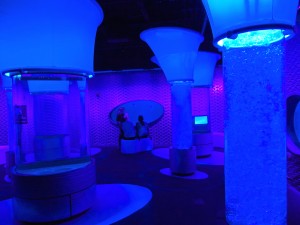 Funding alone, however, did not create the excitement of the redesigned Aquarium, a point McCrory noted in his remarks.

Impressed by what he had seen, McCrory went on to describe what he believed the long-term benefit of the renovated Aquarium will be.

“You brought in the environment . . . the preservation of wildlife and the natural beauty of NC with the history, so this experience the kids are getting is something they can pass on to the next generation,” he said.