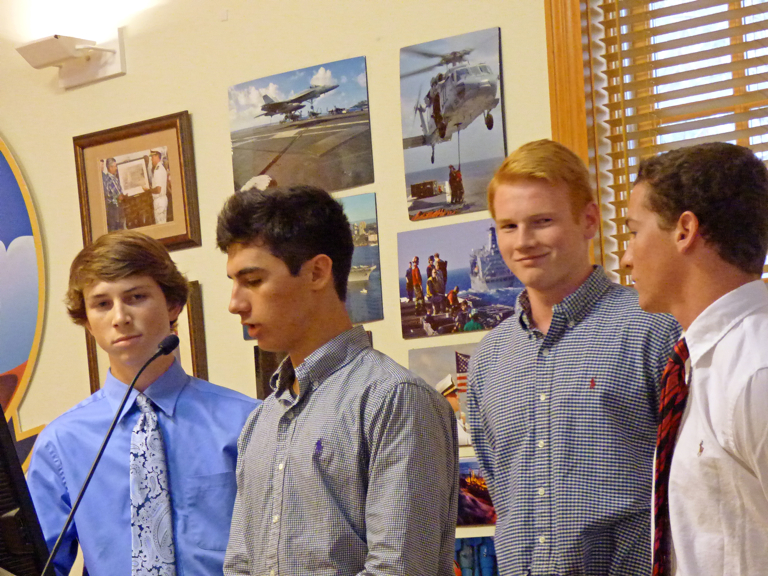 Examining two sets of safety issues for residents and visitors, the students presented well-researched suggestions to the town commissioners.

Understanding that riding a bike is an integral part of the Outer Banks experience, the five presenters outlined a plan for placing a bike path along the west side of the Beach Road in Kitty Hawk. Pointing out that there have been a number of bike fatalities involving cars on the Outer Banks, the students cited rider safety, enhanced visitor experience and resident convenience in justifying the expense involved.

In researching their presentation, they interviewed Robbie Parker of RPC Contracting to get their cost estimate of $220-320 thousand.

Commissioners were clearly interested in the proposal, although Commissioner Klutz expressed some concerns about whether the west side of NC 12 (the Beach Road) fell under CAMA jurisdiction.

The second group presented an inexpensive but intriguing concept–buckets with reflective flags for pedestrian use at beach access crossings on the Beach Road.

The idea came from a discussion Kelly Weisbecker had with her sister who lives in Florida. According to Weisbecker, 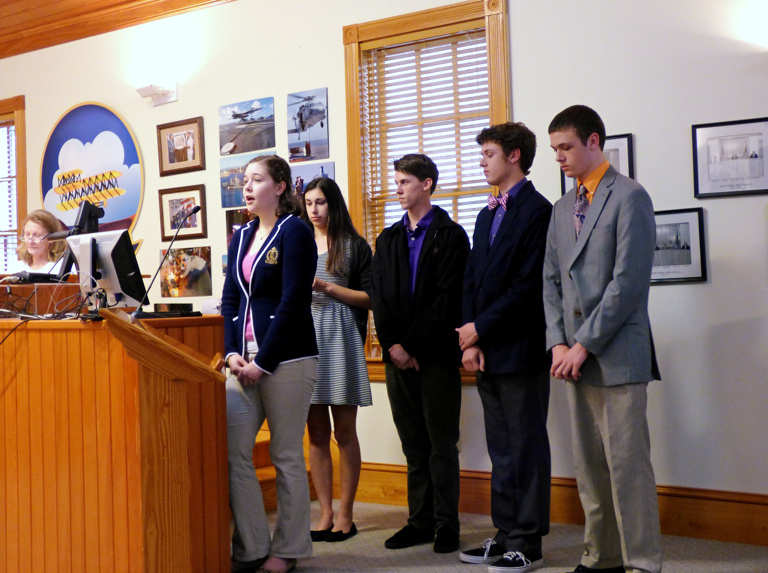 her sister noticed the flags at street crossings and mentioned it in a conversation.

Evidence presented by the students indicates that the idea is a simple and inexpensive concept that works.

Interested in the idea, the commissioners asked a number of questions. Commissioner Pruitt asked why the presenters had not included more crossings. The students indicated they felt other crossings could be included but they initially limited their suggestion to the listed beach access streets.

The cost of the program according to the students would be approximately $525, which would include plastic buckets and reflective flags.