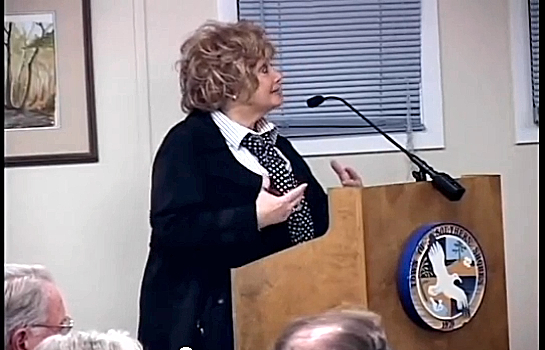 The February 4 Southern Shores town meeting was one of the most contentious on record. The controversy centered on a quick take eminent domain resolution that would enable the town to seize property for the purpose of beach nourishment should the need arise.

After more than an hour of public comment, all of it opposed to the resolution, the town council voted unanimously to approve the resolution. As written, the resolution would apply only to property condemnations to allow access for beach nourishment.

The resolution will be presented to the North Carolina General Assembly for enabling legislation.

At the heart of the controversy are concerns on the part of the town to protect property and public safety versus a public perception of government overreach and loss of property rights.

Because beach nourishment invariably involves a wide swath of beach, town council noted that a project that might encompass one or two miles of beach could be stymied if two or three property owners refused access to their property. The quick take provision would allow the town immediate access to the property through eminent domain with legal proceedings occurring after access had been gained. 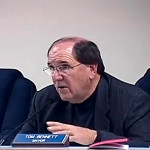 When challenged about the extent of the property condemnations provided in the resolution, Mayor Tom Bennett indicated the eminent domain extended to access only and was not seen as a condemnation of the entire property.

Residents who rose to speak on the subject were not reassured by his comments. Consistently property owners expressed the fear of losing property rights and government overreach.

Noting that Pelican Watch on the southern end of the town, was already experiencing significant beach loss, council members cited the experience of other Outer Banks towns going through the beach nourishment process to justify their position.

The next step in the process is a request from the town for the General Assembly to provide legislation that would allow the town to act if the need should arise.

To view the video of the February 4 meeting click on the link: https://www.youtube.com/watch?v=3PRLx1AWRA4&feature=youtube_gdata_player 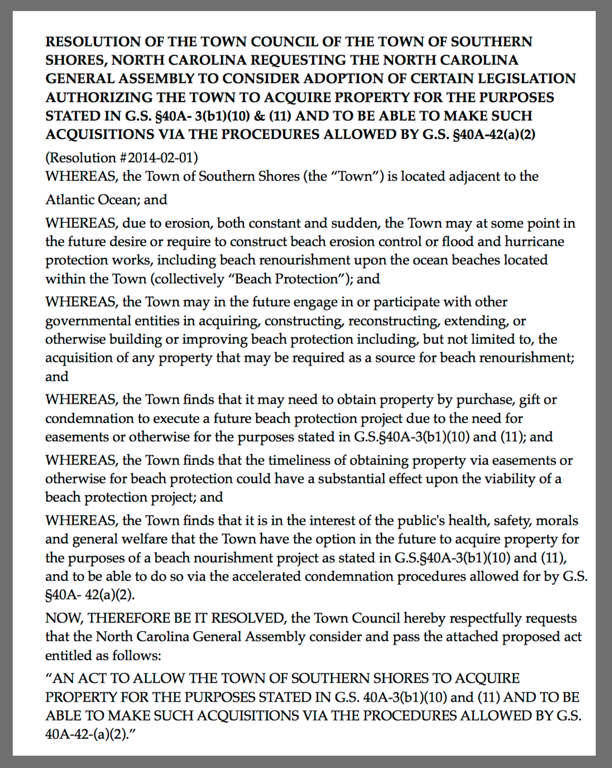