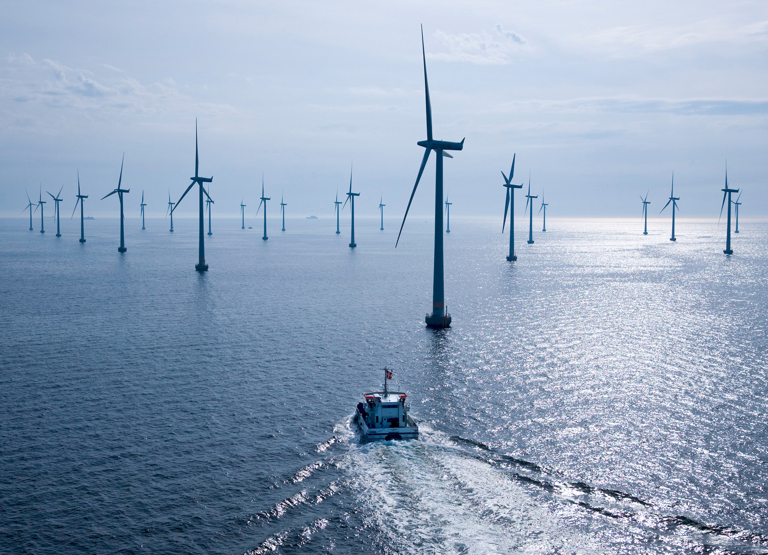 If the original assessment of the Kitty Hawk Wind Energy Area (WEA) by the Bureau of Ocean Energy Management (BOEM) had not been changed the field would have been the largest on the East Coast and one of the largest in the world. When the final assessment was published in January, concerns about shipping lanes and visual impacts had reduced the area from over 1900 square miles to 191 square miles.

Even at its reduced size the Kitty Hawk WEA, perched 24 nautical miles offshore, is potentially one of the most viable wind resources anywhere. “It would be right up there with the largest in the world,” Brian Krevor BOEM Environmental Protection Specialist said.

Determining what areas are suitable for commercial development of wind energy is confusing and time-consuming. The environmental assessment that was just issued is an important step in that process, identifying which areas will be available for commercial interests to develop. It is an assessment only; it does not give anyone permission to develop sites—it only identifies areas that may be suitable for leasing that may eventually produce utility grade power.

Similar to assessments that have been issued for other locations on the East Coast, the document’s title is Commercial Wind Lease Issuance and Site Assessment Activities on the Atlantic Outer Continental Shelf Offshore North Carolina.

Part of the process of the environmental assessment (EA) are public hearings on the document and the first of the North Carolina hearings was held last night at the Hilton Garden Inn in Kitty Hawk. Presenting their findings to a surprisingly large gathering, the authors of the assessment discussed what was in the document and what the next steps would be. 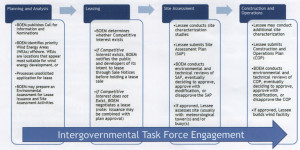 From Environmental Assessment to production. The process.

The scope of this meeting was specifically to discuss the EA. As written and within the scope of the the meeting, questions about subsidies for wind energy, solar energy and economic impacts were beyond the range of the document. The focus at the Monday evening meeting was solely on how the BOEM identified the WEAs and what the process will be going forward.

“It’s a very step by step process,” William Waskes, North Carolina Project Coordinator for BOEM, said. “What we’re looking at now is the lease issuance. The lease gives you the right to submit a plan . . . It gives you the right to look at how much wind energy is out there . . . In order to get financing for that (a wind facility) you need to be able to empirically show what kind of wind resource you have . . . Once you get that assessment done you need to have a better understanding environmental conditions of that area. Then submit a plan that will show exactly what your wind facility will look like. Then submit another plan that will have another review.”

Although oil and gas exploration was not part of the scope of the meeting, because BOEM also oversees development of those resources, a question was posed on the subject. Mayor Pro Tem of Nags Head asked near the end of the question and answer period about lack of the of voice in the debate that Outer Banks residents seem to have. 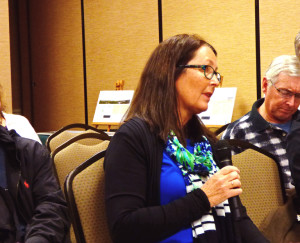 “In just a couple of days you are going to be seeking input on programmatic EIS for 2017 to 2022 oil and gas leasing,” she said. “I note that there is a meeting in Norfolk on February 11 and a meeting in Wilmington on February 17th. I ask the question why we have no input locally off the Outer Banks for that process as well.”

Although the BOEM team was specifically tasked with addressing the EA for North Carolina offshore wind energy, they were aware of the recent notice that offshore exploration for gas and oil would be permitted. Turning the mike over to Tracey Moriarty of the BOEM Office of Public Affairs.

“As you know today’s meeting is about the environmental assessment for renewable energy. Your comment about having a closer meeting, having something more local, I can capture that and provide that to the program manager,” she said.

In addition to taking questions from the audience, BOEM also presented visualization studies of how offshore wind farms may appear at various distances. Click here to read the report.  Click on the links in the grid at the bottom of the page for the visualizations.