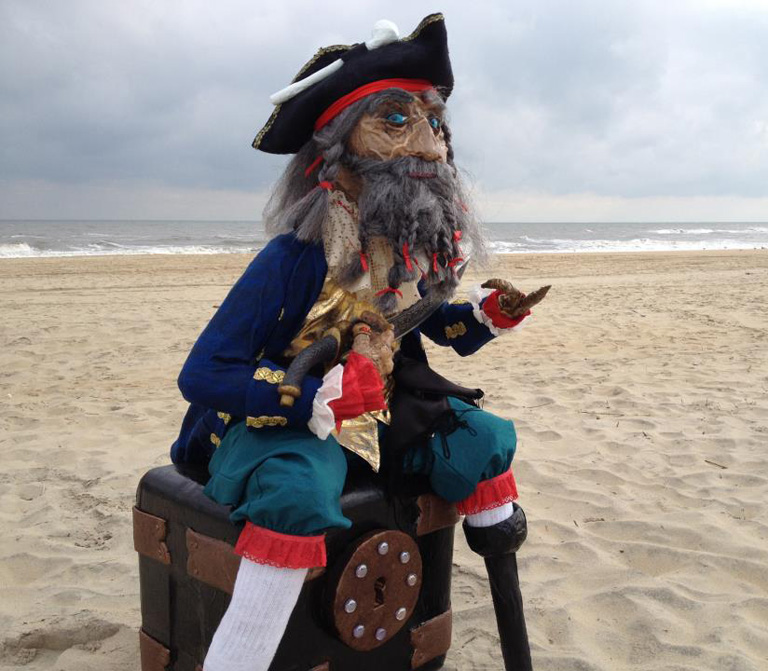 Sometimes events conspire to create the best of times. The Dare County Arts Council (DCAC) winter fund raiser, Chillin’ for the Arts, may have been one of those time.

Held Saturday night at 108 Budleigh next door to the old Dare County Courthouse home of the DCAC, the event brought in an extraordinary range of guests.

In the past, fundraiser had been held in early October, and traditionally it had been coupled with Artrageous–a day geared toward the creativity of children. However, a quick glance at everything that was happening in early October convinced the Council’s board of directors that it made no sense at all to try to compete against weekend after weekend of major events.

The two events—Artrageous and the fund raiser were split up for some very practical reasons–after 23 years of doing everything the same way, the board of directors felt it was time for a change. And just as importantly, almost everything at the DCAC is done by volunteers, and the volunteers called foul trying to organize and market two major events simultaneously.

The decision seems to have borne fruit. Artrageous, held in early November, was as successful as it has always been, and Chillin’ for the Arts was a great evening of entertainment and art. “The outpouring of support we got from our local arts community helped us achieve our goal,” Chris Sawin, Executive Director of the Arts Council, says.

Sawin’s observation is seconded by Carl Canute, Executive Director of the Elizabethan Gardens and a DCAC board member. “There is a lot of support in the community for the arts,” he says. “It truly does take a village to do something like this and the Outer Banks really came through.”

The outpouring of support from the Outer Banks community seemed to span the full spectrum of businesses and individuals. The donation of the space at 108 Budleigh may have been the most significant contribution to the success of the event. To owner Susan Fearing, it’s an important part of giving back to the community. “We’re very committed to Dare County,” she says. “We try to give back whenever we can.”

That attitude seemed to be a recurring theme throughout the evening—from the innumerable restaurants that donated food, to the businesses that donated product and services to the silent auction, to the artists who donated time and their art work to the live auction.

“this is an excellent example of what can be accomplished when the community comes together,” Richard Martin, President of the DCAC board of directors, says. “The success of this fundraiser will allow us to be even more involved in the community.”

The next major event for the DCAC will be the 34th Annual Frank Stick Memorial Art Show January 26 through February. A juried art show held at Glenn Eure’s Ghost Fleet Gallery in Nags Head, it is an execellent example of the range and talent Outer Banks artists.

Story disclaimer: The author of this piece sits on the board of directors for the Dare County Arts Council.