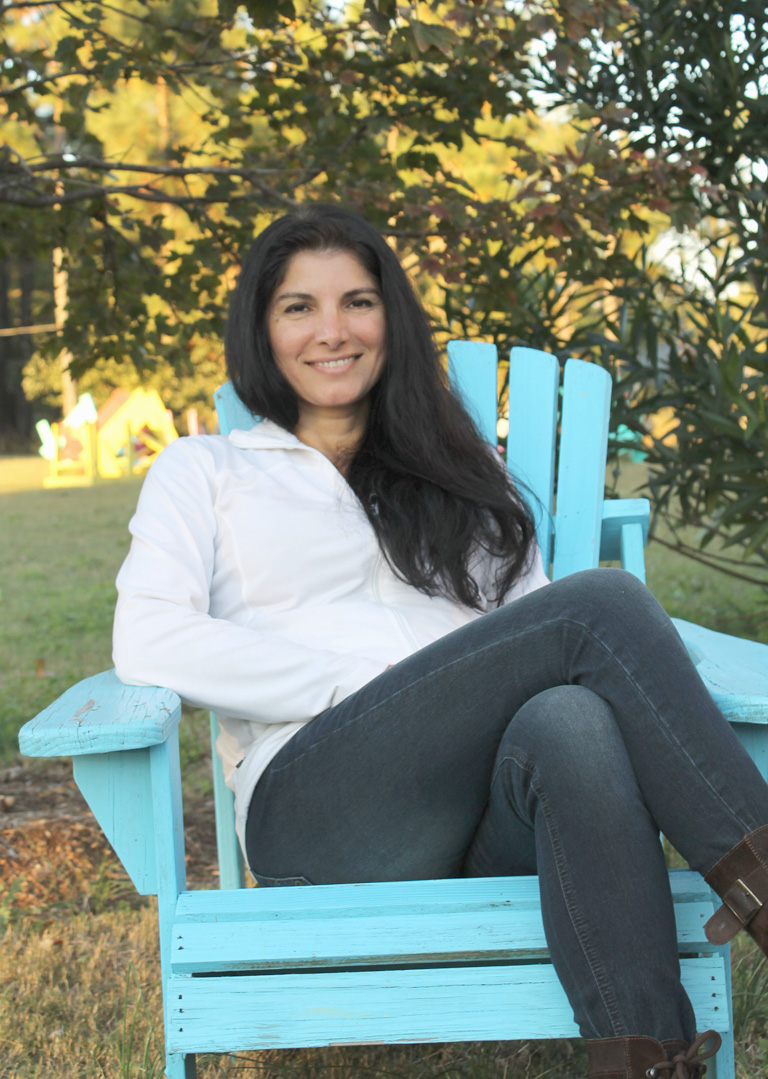 Staying in balance is life-affirming. “It’s like breathing—you have to inhale and exhale,” Necla (pronounced: Naysh-La) Rader says. “You can’t just take in all the time; you have to give out, too.”

“You don’t have to give money. It can be a smile or your time,” Necla believes. This 46-year young woman radiates a peace that comes from living her purpose. We met after her yoga class and she explained how, just like her life, she wanted a body in harmony as well.

This philosophy of living became rooted in Necla as a child in Turkey. During Ramadan, a Muslim tradition, a family would slay an animal and only keep a third while giving away the remainder. The harming of animals didn’t sit well with Necla, so she found alternate ways to help the needy.

Necla tutored others while earning her degree in Mathematics in Turkey. With a self-gained knowledge in computers, Necla took a job as a computer programmer and systems analyst. With her income she began equipping young girls with school supplies and uniforms. “If there is suffering, we must do something,” Necla said in explaining her mission to change young lives.

Necla has been calling the Outer Banks her home for fifteen years and married thirteen of those to her husband Gary. She became a United States citizen four years ago “so I could vote,” says Necla. Becoming part of this community in her mind meant being involved in changes she wanted to see. “I don’t say I. I say we,” she declares.

Necla, like many of us, took part in fundraisers and the like. Eventually that wasn’t enough for her, and she looked to give back in a more personal way. She decided to make working her reason to contribute instead of her excuse not to get involved.

She decided to give her waitressing tips away one day a month. Her Facebook friends post names of local charities, and the day after she shares with them which charity she chose. Being careful not to tell when each month and never making her customers aware, Necla remarks how her mind is set that day. “I never think of it as my money. I only think, ‘Yea, we can make a difference!’”