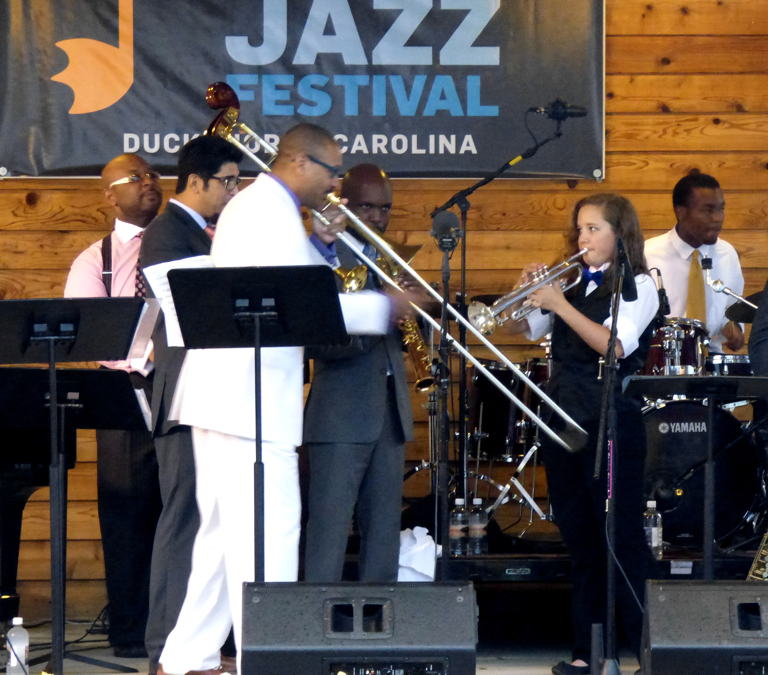 What an amazing weekend!

Outer Banks weather wasn’t perfect, but it never quite rained, the Parade of Homes was a spectacular as it always is, Mike Dianna keeps finding some of the best indie groups around for the Mustang Music Festival and the Duck Jazz Festival capped everything off with a day of great jazz in a beautiful setting.

Hard to say what the best was this year. The Delfeayo Marsalis Octet came to town and they didn’t’ disappoint. Playing everything from traditional jazz to some, to some freeform jams, they demonstrate musical virtuosity that is hard to match.

As good as they were though, the highlight of the day was bringing the First Flight High School Jazz Band on stage to perform with them. No, the kids aren’t quite up to the musical standards of the Octet, but they definitely held their own and seeing the excitement on their faces was a moment to be treasured.

That’s not to knock anyone else who performed. Lavay Smith & Her Red Hot Skillet Lickers came in from San Francisco and they did not disappoint. Playing a combination of swing music and putting some classic country songs to a big band sound–it’s not that big of a stretch–the band and Smith filled the town green with some great music. 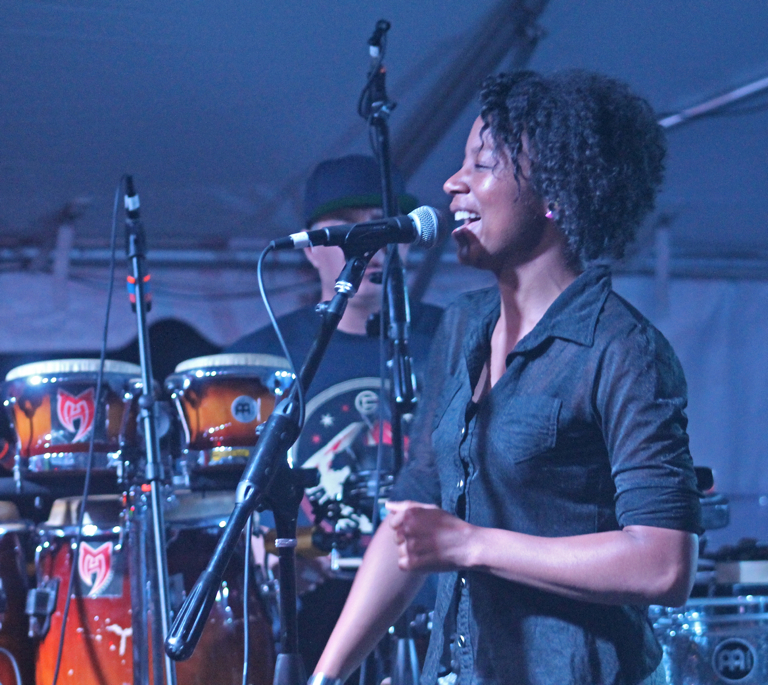 There’s a wide variety of headlines to choose for this one–“Homegrown Talent Returns in Triumph”, “Headliners Cap Two Great Days”, or “Last Minute Fill In Wows the Crowd”.

Becky Kessler grew up on the Outer Banks, honed her music skills here and then moved to Connecticut. Joining forces with Drummer and all-around musician, Floyd Kellogg, she formed Violent Mae, released an album and returned on Saturday to play the Festival.

We reviewed the self-titled album and gave it a definite thumbs up, but their live performance exceeded expectations. Lots of energy, great music, and great songs–and a great show.

Then there was the Fighting Jamesons, a last minute fill in for the Critters who had to pull out because of a death of a band member’s relative. There is no way to accurately describe the raw energy and sheer fun these guys have on stage. Imagine the Kingston Trio (an old folk band) on steroids with heavy metal arrangements. An apt description since they pulled an old Kingston Trio song out of their performance bag (Charlie on the MTA). 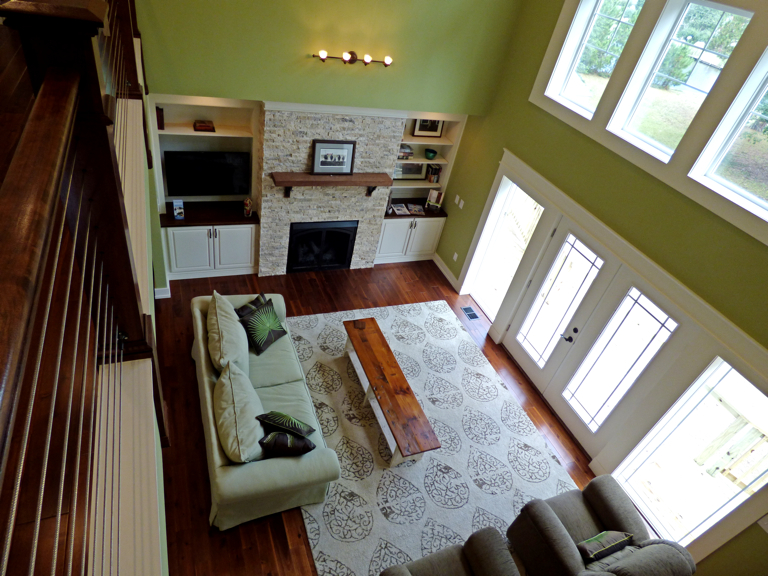 Across the Board home interior, Southern Shores.

According to a number of builders we spoke to, interest was very strong this year from parade participants–which is what it’s all about. Although, from a reporter’s standpoint, there are some very nice homes out there.

It’s always dangerous to pick out any favorites, but two new homes really caught our attention. Jeff Ballard’s new home construction in Southern Shores is a wonderfully designed journey into what a builder can do with a larger home. Full disclosure–Jeff does write our Hammertime column, but that doesn’t detract from what he accomplished.

Richard Bell of Across the Board Construction just finished his own house in southern Shores, and he entered that into the parade. Filled with natural light, with an open, airy feel the setting is beautiful and the outdoor deck is huge.

In Duck Mark and Sandy Martin with Sandmark Construction, left nothing but the shell in redoing the Scarborough Lane home for the parade. A truly stunning remodel.

The home Jason James, owner of Albemarle Contracting Services, took on doesn’t even look like the same house. But it is and the results are spectacular.

We couldn’t get to everything this weekend, but we should mention the Kill Devil Derby Brigade had a roller derby day on Saturday at the KDH Skate Park. I’ve seen the women play before, and it is tough and exciting.

And–the wind finally stopped blowing onshore on Friday and Saturday. Actually a light off shore breeze stacked the waves up beautifully. Not a novice day at all, but experienced surfers were having a blast.