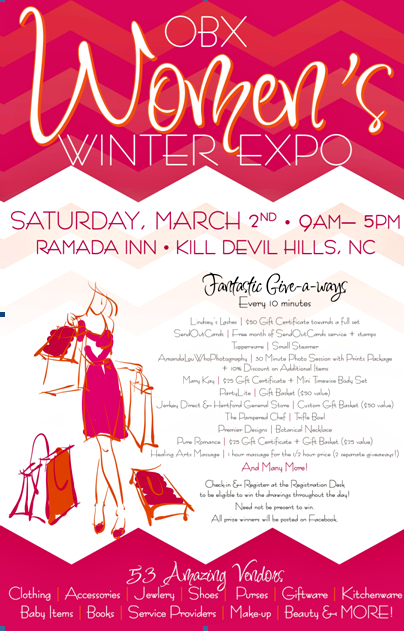 A great weekend on tap for things to do on the Outer Banks.

Dare County Schools are hosting the regional competition for the Odyssey of the Mind. The organization is an international organization that challenges kids to think creatively. Coming on the heels of last week’s Model UN, it’s another great example of how our kids love the challenge of using their minds.

The Second Annual OBX Women’s Winter Expo is tomorrow (Saturday) at the Ramada Plaza on the Beach Road in Kill Devil Hills. Lots of vendors, raffle prizes and family friendly—definitely worth a look. From 9-5.

The highlight of the weekend–at least personally–is the Don Bryan retrospective at Glenn Eure’s Ghost Fleet Gallery. Don who passed away last November, was an extraordinary man. A warrior who began his career in the military as a machine gunner on a B17 and ended it 30 years later as a colonel in the US Air Force. He was one of the defining mayors of Nags Head, served on a number of regional and state boards, he and his wife, Catherine founded the Don and Catherine Bryan Cultural Series which has been bringing some amazing cultural icons to the Outer Banks–and he was a gifted and wonderful artist.

The retrospective will run through next weekend with a reception on Sunday from 2-5 p.m.

And if there is nothing else to do, The Other Brothers will be at Poor Richards in Manteo tonight.