Outer Banks Sound—Great Music for a Great Cause 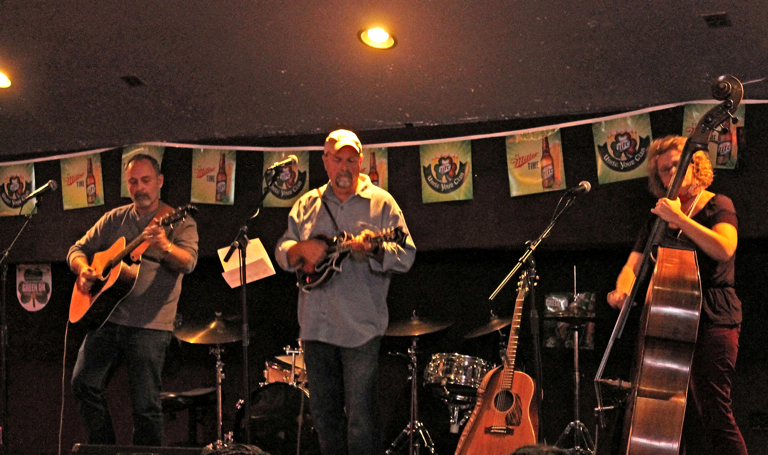 For over a year and a half, Kelly’s Outer Banks Tavern in Nags Head has been hosting an open mic for local talent. Sponsored by the Dare County Arts Council (DCAC) it has been an extraordinary example of what a community working together can accomplish.

Combined with the proceeds from donations and sales of the Outer Banks Sounds CD from the first year and grant money, the DCAC is able to give 10 at-risk kids free music lessons.

The Open Mic has also become a great showcase for Outer Banks talent—talent that was on full display Thursday night as the Jug Tucker Band and the Flip Flop Five took the stage.

It was night filled with fun music.

The Jug Tucker Bands that you just can’t help but smile when they’re playing. With banjo, mandolins, guitars and a standup bass, they’re pretty much a bluegrass configuration, but they like to push the envelope a bit when they play. A personal favorite—“Turkey in the Straw” done in a minor key. Not something you hear everyday.

They were followed by the Flip Flop 5—again a group that is just pure fun.

They’re all talented musicians up there on stage just having a good time, and it is tough to single anyone out, but Natalie Ebert, who plays keyboards, really shines on vocals.

It was a great night of music, but just one of many that have occurred since the Outer Banks Sound Open Mic began. A wonderful example of the Outer Banks community coming together, the next Open Mic will be April 18. For more information call the DCAC at 252-473-5558 or online at darearts.org.