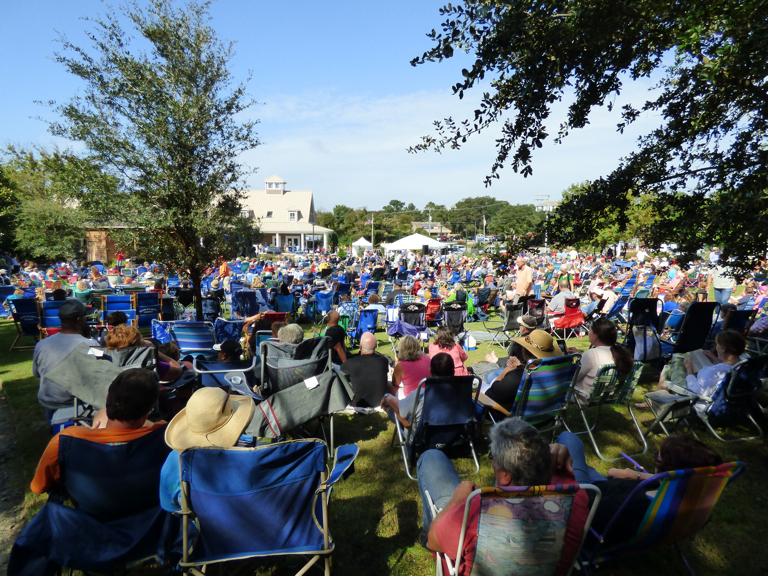 After years of languishing in a Never-Never land of promise-in-limbo, the Outer Banks shoulder seasons are increasingly gaining economic traction.

Part of an overall strategy to increase visitation on the Outer Banks, it hasn’t been until the past two years that the efforts of the Outer Banks Visitors Bureau and area businesses have begun to bear fruit.

The festivals, which are at the heart of this second season, seem to be gaining strength and more visitors every year. The Outer Banks Bluegrass Festival was very successful in 2012, this year’s event added a day and more visitors. With the Mustang Music Festival and Duck Jazz Festival back to back on the same weekend, Columbus Day weekend has become a music fest for families. And last year’s surprise success story, the Outer Banks Seafood Festival, with a year to work out the kinks, brought even more visitors to the area without the long lines that plagued last year’s event.

What is perhaps most significant though, is the spillover into other areas of the local economy. The first ever Psychopath created by the Lost Colony has exceeded all expectations and it would seem that at least a part of that success is a direct result of the increased visitation.

Manning a booth at the Seafood Festival, Lost Colony staff handed out coupons to the Psychopath and the results surprised everyone. “We had 140 coupons redeemed,” Nancy Figiel, Advancement Director for the Lost Colony, said. “That’s a 25% redemption rate. That’s unheard of.”

Occupancy figures have not been compiled for September and October of this year yet, but in reviewing the numbers for last year there is a significant increase in September and a 5% decrease in October–which is remarkable since the last week of the month was lost to Sandy.

It is still too early to tell if this is a permanent movement of increased visitation and economic activity, but with major events now scheduled into November–the Outer Banks Marathon weekend–it is becoming more apparent that change is occurring.