Open all Night at Winks in Kitty Hawk

By Ann and Danny Greeson – 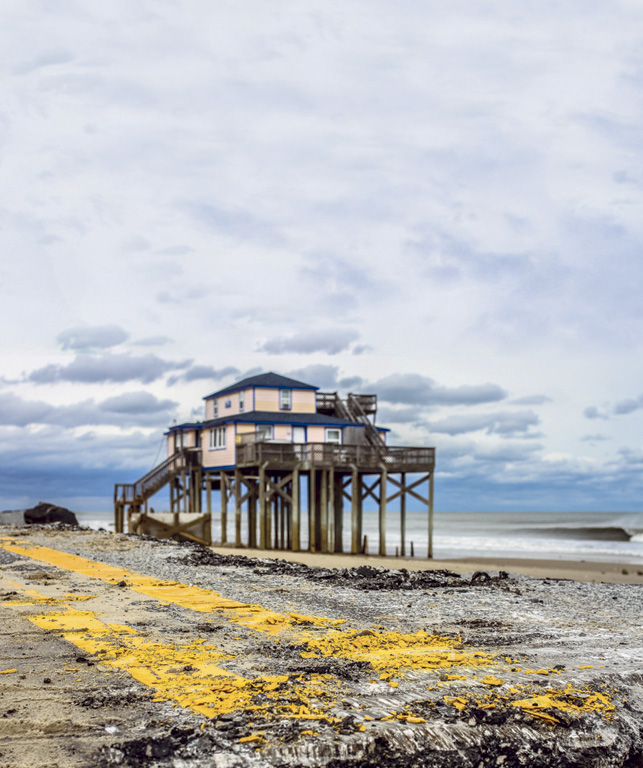 Winks is a neighborhood grocery store that is a Kitty Hawk landmark—and one of a number of buildings along the Beach Road that paints a picture of a tourist industry in its infancy. Ann and Danny Greeson are the owners, and they never closed their store, helping customers through a side window when the water was too deep by the front door to open it. This is their story. 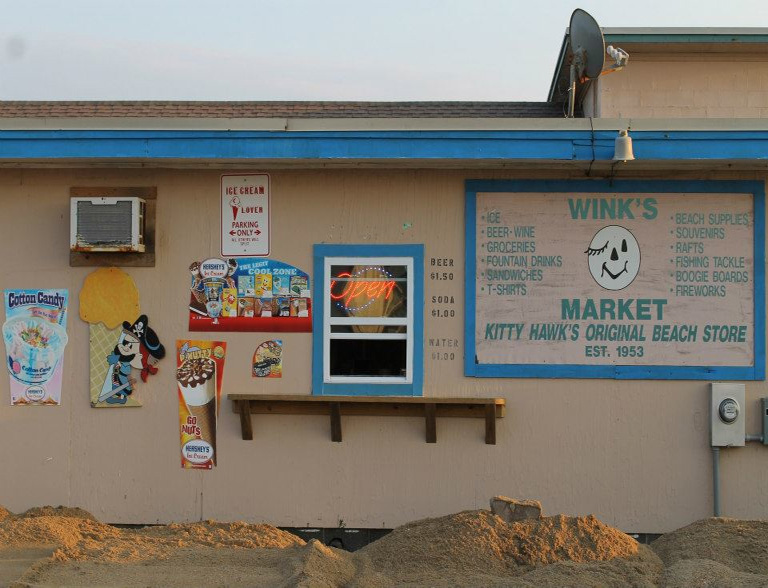 Side window of winks where Ann and Danny Greeson helped customers when the front of the store was flooded.

Danny: It (the sea) came over just a little bit at first. It comes over at Sea Kove (cottage court to the south) first, then it starts coming over the Access. Up until about 5 (in the  morning) it wasn’t too bad. Then the surge hit. It (the waves) just started coming one right after another. Baboom, baboom, baboom. It was above the dunes . . . I’d say 5′. It was breaking on the back decks across the street.

Ann: You could see it on the back deck and then crashing on the top windows.

Danny: We did pretty good, and then we got a big wave and water started coming in through the front door. So I got the mop bucket. Some big ones came through and surrounded the building and started coming in the back. Then I realized I couldn’t open the doors. I put the mop in the bucket and said, “This is a losing battle.”

Ann: Water started coming in the side walls. We could see all the bubbles along the wall.

Danny: Then the ice machines started banging against the post on the porch and I went outside and pushed that out into the water. The big one—totally full of ice—shot down the street about a quarter mile. The empty one floated around the back.

Ann: The night before we had totally filled it with ice ’cause we knew we would need ice or the neighbors would need ice. It just shot down the road.

Danny: Then the waves and water was like 4′ up on the building. It was getting light. It’s always better when you can see what’s coming at you. The wind shifted to the north and nothing came over after that. The water was deep and it wasn’t going anywhere, but nothing came over.

Ann: The reason we stayed—if anything really bad happened we could hit all the main breakers. And our neighbors, they needed eggs, milk, bread, things like that. Some of them have kids.