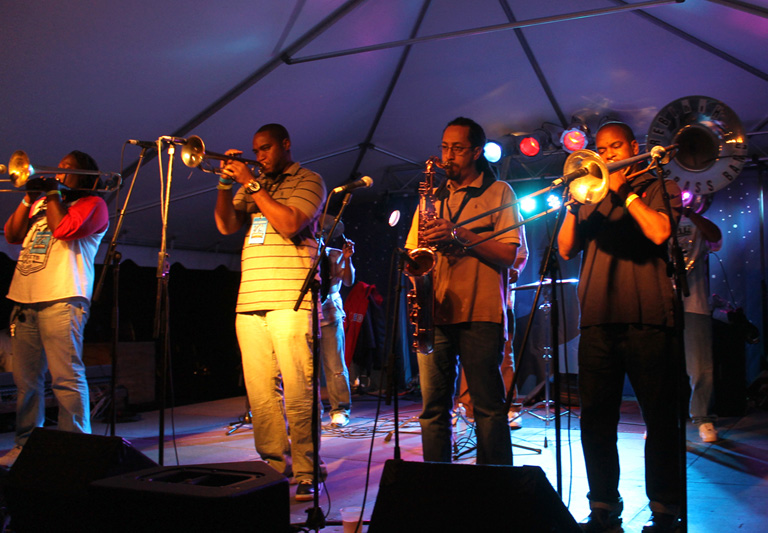 Speechless. Or maybe wordless—which for a writer is a dangerous place to be but that won’t stop me from trying to describe Mike Dianna’s 2nd Annual Mustang Music Festival up in Corolla.

Here’s what it was: two days of some of the most challenging, extraordinary and ultimately rewarding music I have ever heard. 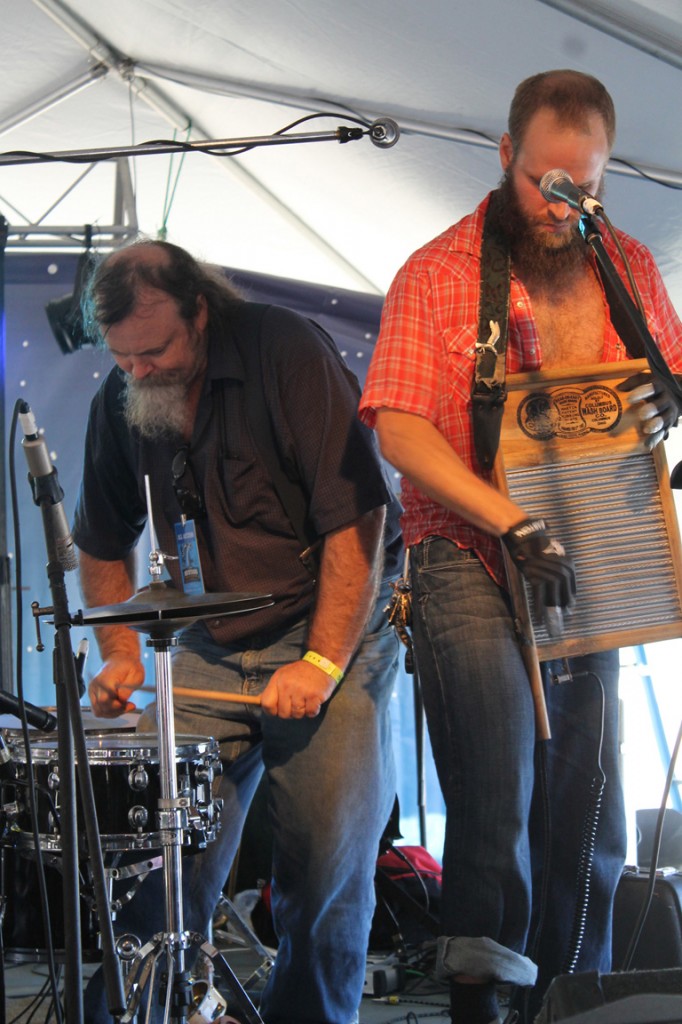 It would be impossible to review every group and every musician that took the stages—Mike uses the deck of his Grill Room restaurant for one stage and a tent for a second venue so there is always music happening—and with 14 performers over two days there was something for everyone.

In a weekend of outstanding music, one group really stood out. The Ben Miller Band, hailing from Joplin, Missouri took very traditional bluegrass instruments and created a sound that was as contemporary as any rock, any jazz or any blues band around.

A trio, their instruments vary depending on what they are playing, but it’s all backed up by Scott Leeper on washtub bass—and he manages to get as much sound and music out of one string, a stick and a metal wash tub as most bass players get from four strings.

I’m sure they can play bluegrass and traditional country music—but that’s not where the heart of their creativity lies. The last number they performed was like nothing I have ever seen or heard—drummer Doug Dicharry played washboard through a wawa pedal and created a sound that was at once weird and unique yet wonderful.

They have been around for a while and who knows what the future holds, but just given how good they are musically, how innovative and how much fun they are to watch, the Ben Miller Band is a group worth watching.

At the first Mustang Music Festival, Mike Dianna made a point of bringing in some of the best of local talent—and he did it again this year.

Uber Lounge, with Dan Martier on drums, Mick Vaughn bass, Joe Mapp on guitar, Buzz Bessette on keyboards with Dan’s wife, Laura providing vocals doesn’t get together that often, but when they do, there’s a real wow! factor. Add Tim Reynolds on guitar and Eddie Williams on sax and the sound goes to a whole new level.

Think jazz with a pulsing, power rock beat and the image is part way there. Laura started the set off with eight bars of powerhouse acapella vocals and the group never let up and never looked back.

There’s a family connection between Uber Lounge and the Critters—the drummer for the group, Joshua Martier, is Dan and Laura’s son, and to use an overworked phrase, the apple didn’t fall far from the tree. 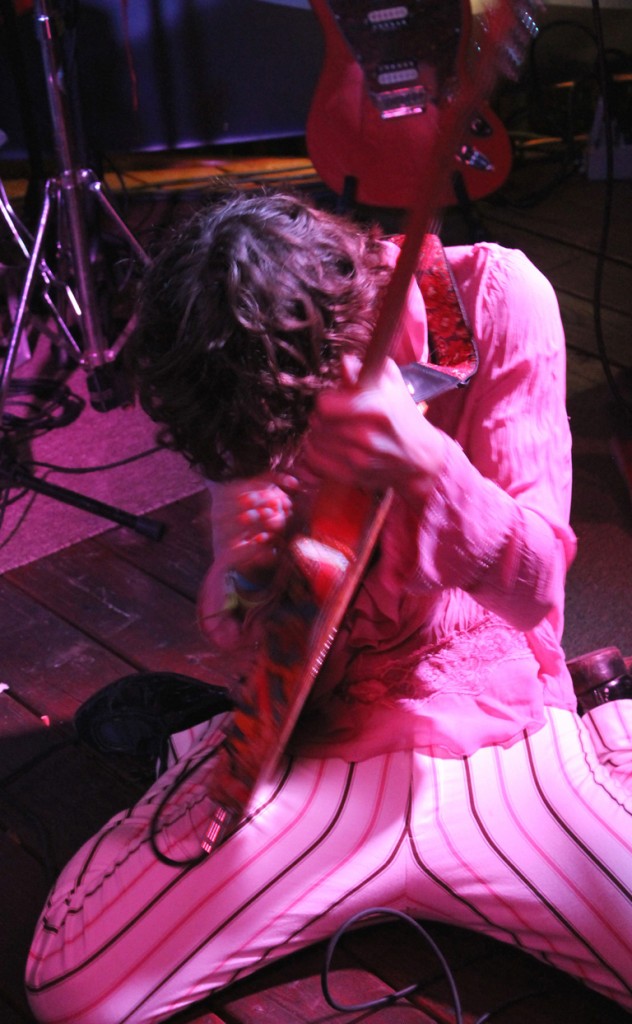 Harry Harrison of the Critters, performing from his knees.

I’m not sure there is any way to accurately describe a live Critters event. Playing before the event’s headliner, the Rebirth Brass Band, and packed into the Grill Room deck, it was like watching the best garage band you have ever seen performing after they have consumed infinite quantities of espresso. Loud, frenetic, filled with an unrelenting driving beat and great showmanship, they are a reminder of how much fun music should be—especially in the hand of talented musicians.

The Saturday night headliner, the Rebirth Brass Band, certainly deserves mention as well. I saw them last year at the Duck Jazz Festival and was blown away and was even more impressed with them this year.

When people talk about the joy of New Orleans music, this is what they are describing. Here is their instrumentation: two trombones, a tenor sax, a trumpet, Sousaphone, snare drum and bass drum. Nothing electric; just seven guys playing music and having fun. They kicked the show off with Fats Domino’s Sick and Tired (lyrics: “whatcha gonna do I’m sick and tired of foolin’ around with you”), got everybody up and dancing, and then there was no stopping them.

Great musicality, true to their roots, yet not afraid to take their sound into new directions. They are a Grammy winning group and it shows.

A couple of quick additional notes about the festival.

This is really a family event and the evidence of that is everywhere—from the play area for kids to the food vendors serving food at very reasonable prices. When was last time, as an example, that you saw a slice of pizza for $2.00 (thanks, Cosmos)?