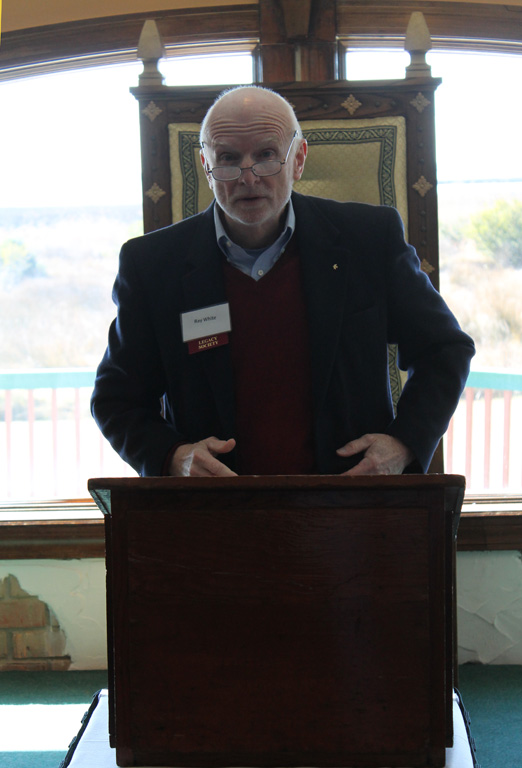 The Outer Banks is a remarkably generous community—a place where charitable giving starts at home and generally stays here. As a community it has come to understand its own needs and as a population, seems to feel more comfortable filling in the gaps to make this a better place to live.

At the annual board meeting held this afternoon at Pamlico Jacks in Nags Head, a legacy of success was celebrated.

Keynote speaker, Ray White—the same Ray White who was one of the founding members—outlined the achievements of the foundation over the years—and they are considerable, effecting every part of life on the Outer Banks. Yet at the core of that success is a very straightforward, almost simple, philosophy.

According to White, when David Stick described how and what the OBCF would be, he wrote, “It’s sole concern is in maintaining the quality of life on the Outer Banks.”

From that straightforward statement of purpose has come an extraordinary legacy of giving.

The OBCF works exclusively with Outer Banks organizations and schools providing seed money, grants and scholarships where it is most needed. The first grant awarded allowed Outer Banks Hotline to expand its services to Hatteras Island. The foundation was on the front line providing relief funds for victims of Hurricane Irene.

Outgoing board member, Brant Murray talked about how gratifying it was to a part of giving back to the community. “After Irene, we had $163 thousand come in and $163 thousand go out.”

The tradition of giving more and more to the community seems to be expanding every year. “We awarded 153 scholarships and almost $140 thousand last year,” Avery Harrison, Chair of the Scholarship Committee, said. “That was an 18% increase over 2011. Imagine the opportunity we can give our students if we maintain that increase.”

Measured by grants and scholarships, 2012 was the most successful in the history of the OBCF, yet according to incoming Executive Director, Lorelie Costa, the mission is expanding. “I would like to make the OBCF a household name on the Outer Banks,” she said.