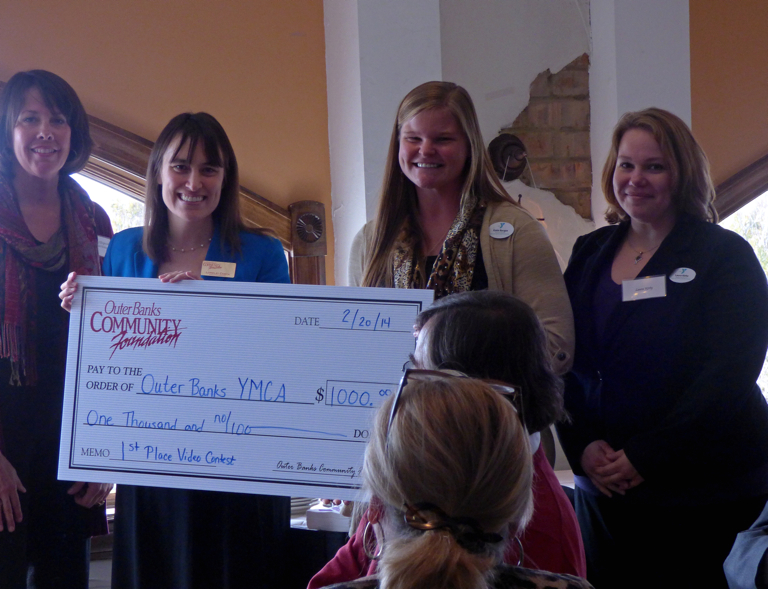 The Outer Banks Community Foundation (OBCF) annual meeting is as much an Outer Banks family gathering as it is a meeting to recap the year gone by.

Now in its 31st year, the organization is at the heart of Outer Banks giving. “We’re here to be great stewards of your donations,” Executive Director, Lorelei Costa, said in opening remarks at the Pamlico Jacks gathering. Costa, just finishing her first full year as executive director point to a number of successes for the organization over the past year.

With over $12 million in assets, the organization’s charitable giving touches all areas of Outer Banks life. Through funds and endowments it administers over $120 thousand in scholarships were awarded, almost $300 thousand in grant funding was provided and $95 thousand in other funding became part of the local community.

In part because the OBCF has such a remarkable record of success and knowledge of the Outer Banks, their endowment funds and donor advised funds continue to grow. Existing investments grew at an extraordinary rate–due largely to a resurgent stock market, but to Costa just as exciting was the evidence of the trust the community was putting in the organization. “We established 14 new funds this year,” she said. “That is the most we have ever established in a year.”

The OBCF is a remarkable charitable entity, taking the place in Outer Banks life of more established national organizations. From the outset its goal was to meet the needs of the Outer Banks community, its underlying belief holding that money donated for the Outer Banks should remain on the Outer Banks. It is philosophy that, as a person at our table commented is, “. . . a good feeling. It’s good to know that it’s staying here.”