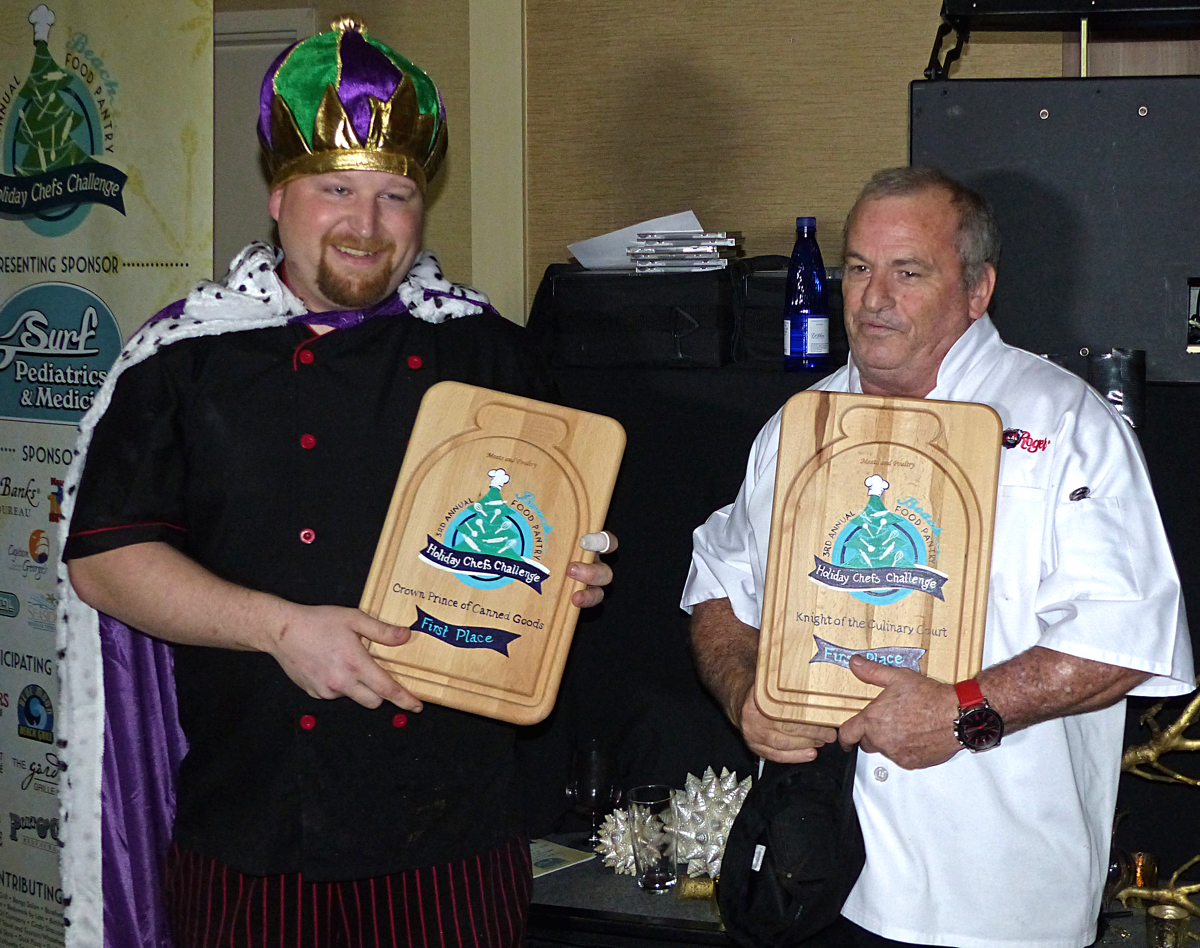 If the 3rd Annual Holiday Chefs Challenge at the Hilton Garden Inn Thursday night proved nothing else, Outer Banks chefs can take even the most common day-to-day foods and create something memorable.

The Chefs Challenge is the largest fundraiser for the Beach Food Pantry and the 2016 event was everything Food Pantry Executive Director Theresa Armendarez hoped it would be. “We sold out of tickets,” she said. “This is our biggest fundraiser. And we had some great support from businesses.”

The premise to the Chefs Challenge is simple: Chefs have 60 minutes to create a dish using anything that’s on a list of items that the Food Pantry has in stock. At least one of the items must be a canned good (for example, vegetables, tuna or beans).

Admittedly the chefs dressed their presentations up with homemade sausage, slow-smoked brisket and the like, but everything started with common ingredients that the Food Pantry often has on its shelves.

If the basics started as something common, the dishes the chefs created were anything but.

Coastal Provisions’ Dan Lewis created a chicken and spamalaya (yes, that’s spam) that was wonderful. Chef Evan Hayes from Bluewater Grill placed second in the Judge’s Choice Award with a smoked pork tenderloin on cornbread that was also delicious.

The top prize, though, went Chef Brian Hardison of the Jolly Roger, and deservedly so. His blackberry barbecue ribs with purple mashed potatoes and collards was comfort food taken to the next level. The collards were the canned good in this case.

Beyond the fun—and the evening was a lot of fun—and the great food, an important need was met. 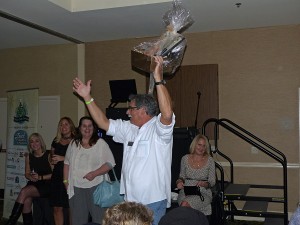 “The money we’re raising seems to have met the challenge of helping families in need,” Armendarez said. “We serve 300 people per month.”

Although much of the food is donated, the Food Pantry still purchases significant amounts of product. “We spend upwards of $30,000 per year on food,” Armendarez said.

Clients—as the people and families who use the Food Pantry are called—can make up to four visits a year, although according to Armendarez very few (just 3%) come that often. And the needs change seasonally.

Fall and winter is the time of greatest need, and there are always certain items the pantry seems to run low on.

Through donations from Outer Banks businesses and a grant from the Cannon Foundation, the Food Pantry is doubling the size of their Kitty Hawk location. However, those grants and donations will cover their construction costs, a point Armendarez is quick to make while talking about the money the Chefs Challenge raised.

“None of the money we raised is going into the building,” she said.