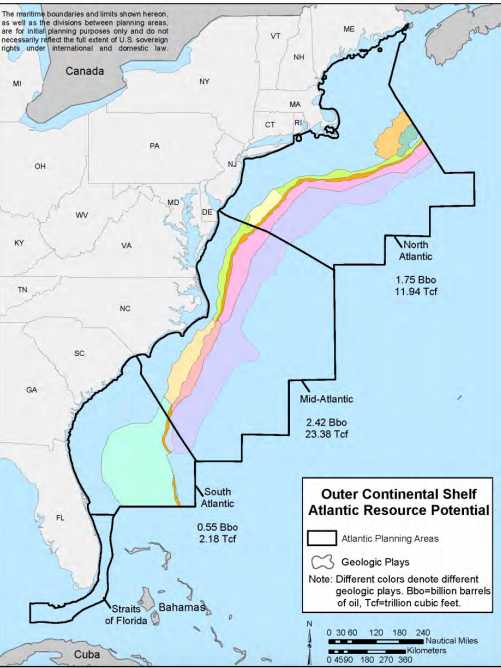 With the announcement that the Federal Government was opening the offshore waters of North Carolina to oil and gas exploration, concerns—and fears—about the environmental impacts oil or gas wells could have, have boiled to the surface once again.

A hot button issue in the 1980s and 1990s, the reemergence of the possibility of the death of whales and dolphins during the exploration phase and the destruction of a tourist based economy an oil spill would represent, seemed to energize Outer Banks residents.

The Bureau of Ocean Energy Management (BOEM) is the federal agency responsible for all offshore energy development. Yesterday, Wednesday, they held one of a series of meetings in Norfolk, meetings that have been scheduled along the East Coast to discuss the process of developing oil and gas leases. The meeting is a part of the NEPA (National Environmental Policy Act) process that will eventually lead to an Environmental Impact Statement and the letting of leases to commercial interests.

A surprising number of Outer Banks residents made the trip, including Mayor Sheila Davies of Kill Devil Hills who was there at the request of the her commissioners to reaffirm the town’s opposition to offshore development of petroleum resources as expressed in their June 2014 resolution. 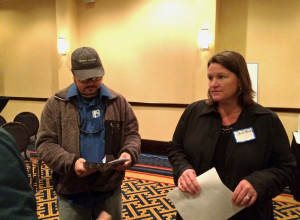 The good news is, anything that will happen will not occur for some time. The lease area under consideration will not under any circumstances be available until 2017. The time period for the lease bid process is 2017 to 2022.

Also, all leases are at the continental shelf farther out to sea—a minimum of 50 miles from shore. If a resource is developed there, according to the BOEM personnel at the meeting, a spill would have less chance of reaching the shore, instead being dissipated by the Gulf Stream. However, they also acknowledged the Deepwater Horizon was off the Continental Shelf and 41 miles from the shore when it exploded and sent 4.9 million barrels of oil into the environment.

The NEPA process is a long and somewhat confusing process. Currently there is a public comment period that will end March 30. To comment online click here. Comments may also be mailed to:

The North Beach Sun will be reporting in more detail about the planned BOEM exploration and development of offshore petroleum resources in our Spring 2015 edition.